The Mysterious Murder of Jack Brown

By all appearances Jack Melvin Brown was about as normal and nondescript as they come. A real estate agent in the Detroit, Michigan, suburb of Ypsilanti, he was known as a mild-mannered family man with a wife, kid, and a content life. He never made trouble with anyone and he was a member of the local chamber of commerce and Rotary Club. All in all, he was a perfectly normal member of the community, with no known enemies and certainly with no one who would want him dead. Yet his life was about to unravel into a strange sequence of events that would turn his average life into an intriguing unsolved mystery.

On Wednesday, January 11, 1984, Brown was at his real estate office talking on the phone with his son, apparently perfectly calm and normal until he made the grave statement “We’ve got trouble here,” and hung up. He wasn’t lying -- at his office two men had entered the building, smoothly finding their way to Brown in a way that indicated they were very familiar with the floor layout and how to find him. One of the armed intruders then stood guard at the door while another produced a gun and went straight to Brown, pointing the weapon directly at him. One of the other three employees there at the time, a Dutch Jordan, would say of what happened next:

I heard the gunman say, ‘You think you’re pretty smart, don’t you?’ And I heard Jack say, in kind of a halting voice, ‘Well, well maybe.’ At that point the gun went off and I really figured that they were going to get rid of us, the three eyewitnesses to a murder. But looking back on it, it seemed that whatever problem they had was with Jack and not the rest of us that happened to be there. There was absolutely nothing in Jack’s background that I was aware of, that would warrant any kind of problem. And surely not the tragedy that happened here. My opinion of the gunmen is that they came here to challenge Jack in some way.

The defiant Jack Brown would die 12 hours later at the hospital, shot in the neck, but interestingly no one else was injured. The two gunmen calmly corralled the other frightened employees into the bathroom and locked them in there, firing a shot into the ceiling for good measure to scare them into staying put. After that, they left and seemed to just evaporate off the face of the earth. Unbelievably, they had not been wearing masks or anything to obstruct their faces, and police were easily able to make sketches of them from the descriptions, but oddly even with wide circulation and a $30,000 reward for information no one at all stepped forward with any information on them. In the meantime, police were fairly certain that this had been a coordinated hit specifically targeting Brown, as the criminals knew their way around, had gone straight to his office, and had not stolen anything, but they were baffled as to why anyone would want him dead. By all accounts Brown was mostly a nobody, certainly not the type one would imagine someone would want to assassinate, but then as the investigation went on there were some weird clues that seemed to suggest that perhaps Brown had another secret life no one knew about. 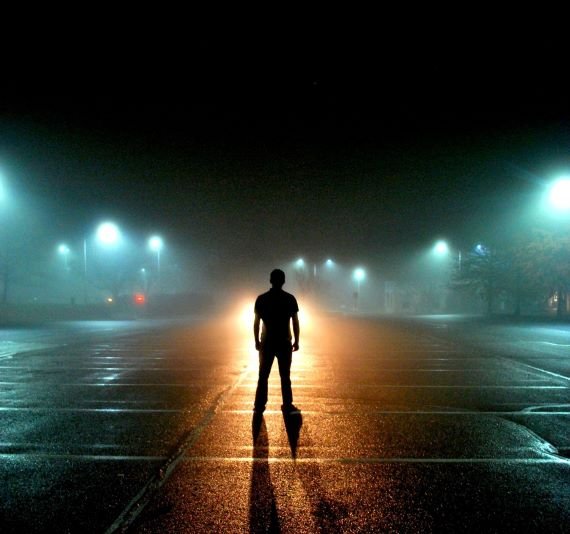 One odd detail was given by Jack’s brother, Norm Brown, who claimed that the night before the killing he had seen Jack on the phone and he had looked harried and upset with whatever the conversation was, shouting into the receiver. Jack had then allegedly slammed the phone down, but when Norm came in and asked him what was wrong he said it was nothing, despite the fact that he was very visibly shaken. Jack’s wife, Ann, also had some rather unsettling details to tell, recalling a conversation she had had with her husband as they were driving home one evening Jack had told her that he thought it would be a good idea to write down the names of some high standing “important, powerful people” he was aware were involved in criminal activity and put them in a safe. At the time, Ann thought that it was a bit odd, but it was only after his murder that it became clear to her how serious it was. She would say:

It’s really strange when someone is murdered or taken from you suddenly. You look back and search your mind for clues. You remember things that someone said that didn’t fit. That night, Jack and I had been to a Christmas party and I was just a little irritated with him because he’d had a bit much to drink and was kind of rambling. When I tell you these things that my husband said to me, I’m almost embarrassed; it just sounds so unreal. I’m an intelligent person, so why didn’t I find out more about it? I don’t know. I look back and really wished I had, but he told me that it was not something I should not know. And it may sound silly, but I believed him.

While it is not clear what connection either of these incidents had to the murder, it certainly seems to hint at some dark secrets Jack might have had that he kept hidden from even his closest friends and family. Police also speculated that the murder could have been connected to a major drug bust that just so happens to have gone down on the same day that Jack was killed after a tip from an anonymous informant, although there is no hard evidence the two crimes are related. What is known is that it is suspected that for whatever reason, someone wanted Jack Brown dead, and it has been surmised that it could have been a powerful member of the community, fueling conspiracy theories of government officials up to no good. What was going on here? Who wanted to kill Jack Brown and why? What was he hiding and what sort of secret life was he living? No one knows, the two gunmen have never been identified, and we can take away from this the fact that you never really know someone, and also it is probably best not to mouth off to someone when they are pointing a gun at you.