The Strange and Gruesome Mystery at Waterloo Bridge

One of the most iconic bridges in England and a famous symbol of the view of London is the magnificent Waterloo Bridge. Spanning the Thames River in central London, it was first opened in 1817 on the second anniversary of the Battle of Waterloo as the Strand Bridge, and was a granite structure known for its sweeping arches and stone columns, its architecture earning it the nickname “the noblest bridge in the world,” and it was also notable for being the first reinforced concrete bridge over the Thames. Its name quickly turned to Waterloo Bridge in order to commemorate Britain’s victory of its namesake’s battle, but the bridge would go on to have a rather troubled history. After proving to be a financial disaster, as no one wanted to pay tolls when there were other bridges nearby that were free, the bridge became a popular suicide spot in 1940, and it was also the scene of a tragic accident in which the American daredevil Samuel Gilbert Scott was killed while performing an act there and accidentally hung himself. The bridge was then demolished and rebuilt in 1942, and it has gone on to be a major landmark in London, a popular romantic spot featuring in movies and television and known throughout the world. It is also a place of strange historical oddities and bizarre mysteries.

One of the strangest mysteries of Waterloo Bridge happened back in its previous life, its first iteration, when in October of 1857 a very macabre discovery was made here. On this day, some boys were rowing along the Thames when they noticed the odd sight of a carpet bag dangling from one of the bridge’s abutments. Curious, they fished the bag down and quickly saw that it was soaked with what looked like blood, and when the boys couldn’t resist taking it home and opening it, they probably wished they hadn’t, because the bag was stuffed with human body parts and bloodied pieces of clothing. The police were soon notified and it would be found that there were 23 separate pieces of human remains crammed into that gore-encrusted carpet bag, and it would get even weirder still. A full analysis of the mysterious human remains showed that they were all from a male, the head, hands, and feet were all missing, and that the bones had been carefully sawed to remove them. It also appeared that “flesh had been roughly cut from the bones,” and that the body had evidence of having been stabbed numerous times and then boiled and cured in salt at some point after death for reasons unknown. One news report at the time would describe the remains as such:

The parts found consisted of the legs, arms, nearly the whole of the spinal column, the buttock joints, and the shoulder joints. The whole of the head, with several of the vertebrae, the hands and the feet, were absent. With regard to the condition of the remains, it was found that the greater portion of the flesh had been very roughly removed. There were, however some portions of the muscles remaining on the limbs these were impregnated with a saline matter of a gritty nature, as if the body had been placed in brine or salted. And it is the opinion of the surgeon and police that such a course had been adopted in order to prevent any smell which might arise from decomposition before the diabolical arrangements had been concluded for the disposal of the body. There were in all about twenty pieces, the largest bones of the legs and arms having been rudely sawn into pieces, the former having been divided near the joints of the knees and thigh, and one of the knees had been torn asunder portion of the muscular flesh and teguments remaining on the different pieces of bone. It is surmised that the murder had been perpetrated some days; but upon this point uno certainty prevails, in consequence of the other portions of the flesh remaining on the bones. Mr. Painter is of opinion that the deceased was a full-seized fine robust man.

The clothing also had some oddities, in that there were no tags or identifying features to any of the articles, and the only thing that could be determined were that the socks were made in Germany and that the overcoat was of a very expensive variety that would have been owned by someone well off. Also strange was that the pockets had been turned inside out and someone had deliberately cut open the back of the coat and shirt. Considering that there was no head and the limited forensics resources at the time, it was impossible to identify the victim, and so police began trying to piece it all together. 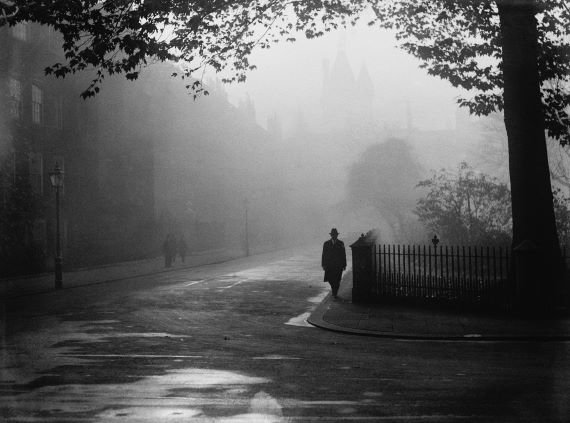 They approached the toll keeper who had been on duty the night before the sack was found, who had once been a policeman himself, and he would tell them that he remembered helping an older lady lift a heavy carpet bag over the toll turnstile. Police speculated that this woman had then tried to lower the bag over the side of the bridge with a rope and drop it into the Thames, after which it had became entangled on the abutment. But who was the mystery woman, why had this person been hacked to pieces, and most pressing of all, who had killed him? No one knew, and we still don’t. The clothing found in the sack was washed and put on display in the hopes that someone would know who they belonged to, but this led nowhere. Police had an interesting clue from a landlady who recognized a coat as being similar to that of a man who had been asking for a room shortly before the bad was discovered, and interestingly he was said to have been in the company of a woman who matched the description of the one the toll keeper had seen, but this was a dead end. Ultimately, police were forced to conclude that there was a serial killer loose in the area, but no one was ever arrested or questioned in connection with the killings, and the body never was identified.

Not long after the gruesome discovery made at Waterloo Bridge there began to swirl rumors that there was a ghost lurking about the shadows there, described as headless and wandering about as if looking for something, maybe for his head. It serves to only further the mystery of an already weird case. Who was the man chopped up in the carpet bag and why would someone want to kill him and so savagely butcher him? Who was the mysterious woman lugging the bag about? Why was the bag dumped at this particular bridge? Does his spirit still haunt the location to this day? These are questions which we will probably never adequately answer, and they serve as another chapter in the long, often dark history of the Waterloo Bridge.