The Strange Case of the Amnesiac Killer

We all forget things from time to time. We might forget where we put the car keys, perhaps forget an important date or someone's birthday, it happens, nobody's perfect. However, there are some cases that take this to a spooky extreme. On some occasions, people have forgotten some things that you would think would be pretty much etched into their minds, and one of these is the mysterious case of a woman who viciously stabbed her husband to death and doesn't remember a thing about it.

Danielle Stewart, of New South Wales, Australia, had had a hard life, beset with trauma after trauma. When she was 7 years old she was abused by a neighbor, at 11 her mother died of cancer, after which her father remarried with a woman with three of her own children who Danielle did not get along with. All of this drama in her life caused her to try to commit suicide by taking an overdose of pills at the age of just 12. After this botched attempt to end her own life, Danielle would run away from home after refusing to move to the town of Eden, after which she lived on the streets for several days before going back home with her tail between her legs, after which she lived at a local, short-term youth refuge for several months. She would be kicked out of her house at age 13 by a father she would never fully get along with, and in later years she roomed with her stepsister, Myfanwy Thompson, who would die after taking drugs and falling off a cliff in Bondi, and Myfanwy's younger brother Tristram would die of an aneurysm after earlier being diagnosed with schizophrenia. It is unclear how much all of these terrible experiences would play into the dark days that awaited Danielle Stewart, but it was apparent that she had some demons lurking about in her past.

It was in 2000 that she would meet 50-year-old Chaim Kimel at a nightclub, and she was immediately swept off her feet by his charm, generosity, and creativity. The two began a whirlwind romance despite their age difference, with Danielle working at his furniture retail outlet and meeting his parents, and before long they were living together. At first, Danielle was for the first time in a long time happy. Danielle would end up living in the upscale area of Rose Bay and studying for a communications degree at University of Technology, Sydney, while in the meantime her and Kimel started an online catering company. In 2004 they got married at the Taj Mahal in India, but not everyone approved. Many of Danielle’s friends thought they were moving too fast and that he was too old for her, and that he treated her like a child more than an equal in the relationship. He was described by friends as egocentric, narcissistic, controlling, manipulative, and also an alcoholic. The people who knew Danielle and were closest to her would later tell of the two having a rather bumpy love and hate relationship, breaking up and getting back together numerous times, and Danielle herself has said of this tumultuous time:

I was never taught how to function as an adult. I never developed any life skills, so I was really utterly dependent on him. I kept leaving Chaim because he was a narcissistic alcoholic whose only concern was his own welfare. While he could be caring, it was undermined by his desire to keep me enslaved to him. When I left him, he'd follow me and get me back. When your sense of self-esteem is so low and a learnt helplessness has set in, you don't feel able to support yourself. My friends had dropped off because they couldn't stand him. The only times I responded with violence were when I was trying to leave and he'd try to stop me. He'd hide my wallet, phone, computer, passport.

Nevertheless, even as this drama was all going on and her friends stopped contacting her because they didn’t like Chaim, Danielle was at the same time still smitten with him, and considered herself secure in her relationship with him. By her own accounts she loved him very deeply despite all of the problems, despite the fact that she was taking medication for depression because of the stress in her life, and despite the fact that she was starting to drink more as well. This deep attachment she felt towards Kimel would make the grisly events that were soon to come all the more baffling.

On August 23, 2006, Danielle and Kimel went out for dinner with some friends, with the two of them being described as getting along very well and in a good mood. They ended up hanging out at a friend’s place until 11 pm, after which Danielle drove home but Kimel decided to walk. According to witnesses, as soon as she got home she turned on some loud music and told Kimel’s 16-year-old son, Jordan, who they lived with, that she had had too much to drink. Kimel came home some time later and the two apparently started arguing after he told her to turn the music down. Jordan Kimel would describe it as a typical silly and petty argument, not particularly intense, but things got very dark, very fast from there. Jordan would say of what happened next in a report:

They were both yelling for about 15 minutes. All of a sudden, I could hear them in the corridor outside my room. It sounded like someone was being hit or punched and I heard my father say, 'Why are you being violent and attacking me?' They kept fighting and I heard Danielle fall to the floor and scream. Soon after this, I heard my father say in a tense voice, 'What are you doing? Are you crazy?' I heard my father scream three times. I saw his white shirt was covered in blood all up the left side from underneath his ribs towards the middle of his torso. Danielle was standing about two metres away and she had our antique knife in her hand.

It turned out that Danielle had stabbed Kimel in the stomach twice with a foot-long ornamental dagger that had been hanging on the wall, and police arrived at the scene to find the woman in a trance-like state, apparently confused as to what was going on. She was later found to be highly intoxicated, and also had the anti-psychotic drug Seroquel in her system, and she did not seem to understand why she was being arrested. When she was told that she had stabbed her husband she did not believe it, and insisted that she could not remember such a thing happening, that it must be a mistake. However, the bloody dagger and the barely conscious, dying Kimel on the floor said otherwise and she was arrested, later charged with murder when Kimel died at the hospital. Danielle realized on some level that she must have been the one to kill him, but she was adamant that she could not remember anything at all about what she had seemingly done, that she loved him dearly and would never want to kill him, and blamed the Seroquel and alcohol, speculating that it had put her into some kind of  “out of body trance,” which she would also experience when she took an overdose of the drug while released on bail in a bid to kill herself in the face of life in prison. She would say of all of this:

I couldn't defend myself in any way because I had no recollection of what had happened. There is not a single part of me that wants him dead. I want my life back. I want our life back. I miss him so much some days I can barely move. When I took that Seroquel, I went into psychosis. It was an out-of-body experience where I thought the nurses were talking about me even though they weren't. I was watching myself from afar. It was crazy, crazy shit. I am sure that is what must have happened on the night Chaim died. If I could swap Chaim with me right now, I would do it immediately. There is no way I meant to kill him. 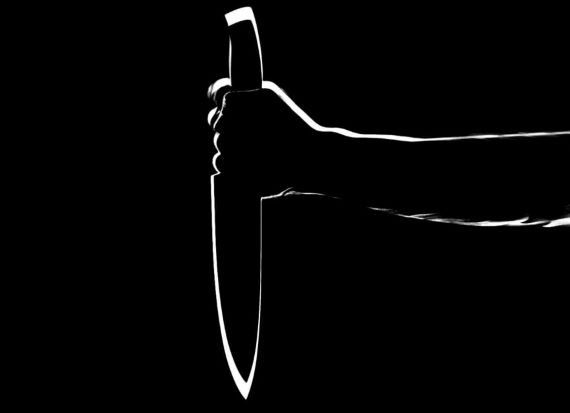 At the trial, her defense team aggressively pursued the self-defense angle, painting her as a victim with low esteem at the whims of and constantly taken advantage of by an egotistical control freak, and they also underscored that stress and drugs had completely wiped the incident from her mind. Kimel’s own family had a very different opinion of things, saying that it was actually Danielle who did most of the abusing, and that Kimel was the one who had been the victim. Family and friends of Kimel described Danielle as unhinged and prone to hysterics, and Jordan Kimel would say of her violent and menacing behavior:

There were multiple occurrences where Danielle was destructive. She would break prescription glasses, cut up $10,000 worth of business suits, delete important documents from my father's computer. Once, she punched through a glass bathroom window and slashed her wrists. And she'd punch my father, too.

Nevertheless, in the end the court seemed to believe that she had not only lashed out in self-defense, but that she had done so in some sort of fugue state and really could not remember it, with the ruling judge stating “I accept that the offender has no memory whatsoever of the stabbing, nor of the events immediately leading up to it.” Danielle for her part has continued to maintain that she has no recollection of the murder and to profess her love for Kimel, insisting that she would have never wanted to hurt him. Her final sentence for Kimel’s death was four years and six months in jail, with a non-parole period of four years, and she walked out a free woman in 2011, leaving a lot of questions and mysteries behind. The case has gone on to be much discussed, and is the subject of a whole book by Les Ackerman, titled Amnesiac Killer: The True Story of Danielle Stewart, but the mystery remains. What really happened here? What was really going on behind closed doors in this relationship and did she really love him as much as she says? Did she really completely forget killing her husband, and how could this happen? What is going on here? It is still unknown, and serves as a spooky peek into possible mysteries of the human mind and the dark forces that lurk there.

Seeing Your Double: The Doppelganger Phenomenon