The Strange Nordic Alien Encounters of a Congresswoman Candidate

Not all alien witnesses are isolated bumpkins in the middle of nowhere. At times there can be such characters who manage to propel themselves up into the upper levels of society. Bettina Rodriguez Aguilera, a former social worker and ombudsman at the Miami-Dade county manager’s office in Florida, got her start in politics as a council member from Doral, Fla., from 2012 to 2014. The city’s mayor then nominated her to replace the vice mayor in 2013, and from there her career took off. She did some great things during that time, sponsoring a human-trafficking ordinance in 2014 and shutting down prostitution rings, as well as boosting Doral’s economic and population growth during her time as the city’s economic development coordinator, and ten in 2017 she announced her candidacy for Florida’s 27th Congressional District. It was a key point in her life, and was also notable in that this particular candidate had a history of rather odd alien encounters.

When the Miami Herald endorsed her for the GOP nomination to take the seat being vacated by Republican Rep. Ileana Ros-Lehtinen, her weird story came out into the open. Aguilera would claim that from a tender young age she had been targeted by otherworldly forces, starting when she was just 7 years old. At this time, she says she was approached by a “round spaceship,” from which came three beings, two women and a man, who were exceptionally tall, with blonde hair and outstretched arms, who she said resembled the Christ the Redeemer statue in Rio de Janeiro. These bizarre entities then took her aboard their spacecraft, which had round seats and was controlled by quartz crystals, and spoke to her telepathically, telling her “God is a universal energy, not a person. It’s in everything. God talks to people and they understand it in different ways, but there’s only one religion.”

After this, she claims that these same aliens contacted her several times throughout her teen years, during which time they bestowed upon her secret knowledge. She says the aliens told her all about the Egyptian goddess Isis, and they also told her that the center of the world’s energy is Africa, and that 30,000 non-human skulls were once discovered in a cave on the Mediterranean island of Malta, as well as that the mysterious Coral Castle in South Florida is in fact the site of an ancient pyramid. She has said of these strange encounters and their relation to her political standing:

For years people, including Presidents like Ronald Reagan and Jimmy Carter and astronauts have publicly claimed to have seen unidentified flying objects and scientists like Stephen Hawking and institutions like the Vatican have stated that there are billions of galaxies in the universe and we are probably not alone. I personally am a Christian and have a strong belief in God, I join the majority of Americans who believe that there must be intelligent life in the billions of planets and galaxies in the universe.

Such comments and statements have certainly raised eyebrows, and drawn in both supporters and detractors. One Rick Yabor, a Miami lawyer and political commentator, told The Washington Post:

Why Bettina jumped in that race, I don’t know ... her views are not very mainstream. There’s going to be people that believe her, and there’s going to be people that think she’s wacky. Being a politician, to come out and say that, it’s odd. She got into details that are not very mainstream. Someone who’s running for Congress — you’ve got to raise a lot of money. A donor might have second thoughts. Miami politics are unusual. This one takes it to a new level. 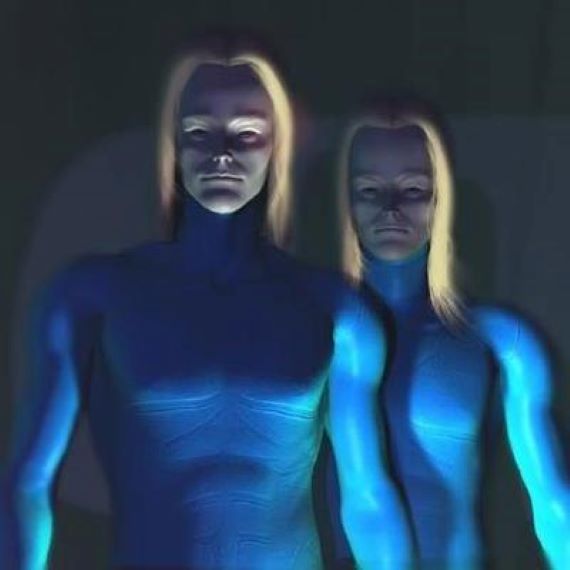 On the other hand, you have those like Stephen Bassett, of the UFO-centric Paradigm Research Group, who has excitedly said, “This is a milestone. If she were to win the election, she would be the first open contactee to serve in Congress.” For her part, Aguilera has tried to distance herself from it all, saying of the alien contacts in relation to her political career, “It has nothing to do with what I have done. It happened when I was 7 years old. I stick to my guns when I believe in something.” Miami Herald editorial page editor Nancy Ancrum has rushed to Aquilera’s defense as well, saying:

Here’s why we chose her: She’s not crazy. We chose not to see her as a two-dimensional figure. And we chose not to make that an overriding concern. We’re more thoughtful than that. I think she would serve this district well . . . I don’t think we went off the rails here, People just have to look at it in context.

Is this all delusion or is there something more to it? Would such a person be fit for office, or just a derailed individual looking for attention? The fact of the matter is that such alien encounters happen to people from all walks of life, and it is difficult to pigeonhole it into simply uneducated weirdos out in the boondocks. This is a prevalent phenomenon, many people experience it, and cases like we have looked at here just take it further down the rabbit hole.