Vanishings, Missing Time, and the Eerie Mystery of Hannah Upp

Some mysterious vanishings really serve to stoke the imagination, with their bizarre circumstances and mysterious clues. One very intriguing area of the mysteriously vanished is that of those who have come back from their strange ordeal with strange stories to tell, or no stories at all due to a sense of missing time. Sometimes people just go missing off the face of the earth, only to come back with no recollection of what has happened to them or where they have been. This might seem like an anomalous occurrence at the best of times, but what happens when it occurs more than once? Here we look at the very weird case of a woman who went missing on several occasions, only to turn up with no memory of her ordeals, before pulling one last disappearing act from which she has never returned.

There doesn’t seem to have been anything particularly odd or off about Hannah Upp at first glance. Back in 2008 she was a normal school teacher at the Thurgood Marshall Academy, a public school in Harlem, and she had never had any family problems or mental or behavioral disorders, nor did she abuse drugs or alcohol. Indeed, she was mostly described as an intelligent, vivacious, friendly, and outgoing fun-loving sort. She was mostly described as the life of the party by friends, and had a happy life with no known enemies, so it was very odd when she left her apartment in Manhattan, New York, on one fine day in August of 2008 for her usual jog and never came back. When the next day came with still no sign or word from her, friends contacted the police, and they found her apartment to be completely in order and all of her belongings where they should be, including her purse, wallet, cash, passport, MetroCard, and cell phone. She obviously hadn’t planned to be gone long, so where was she? No one had a clue. As the days went by with no further sign of Hannah, police started to believe that she had possibly been murdered or kidnapped, and an investigation was launched. That was when things would get strange.

Nine days after Hannah’s vanishing, a shopper at the Apple Store in downtown Manhattan saw a woman whose face was familiar because it had been splashed all over the news and in numerous missing person flyers. It was Hannah Upp, he was sure of it. However, when he approached the woman to ask her if she was Hannah, she said he was mistaken and sort of ignored him, seemingly in a sort of indifferent trance. After this she was sighted all over Manhattan and Soho like a ghost, in Starbucks, at various shops, and even at the local sports club, often described as being in a sort of daze, but she never stayed in one place long enough for police to arrive. In the meantime, the investigation was going nowhere, and there were no leads at all except for all of the mysterious sightings of the woman coming in. Then, in September of 2008, a full three weeks after Hannah’s disappearance, there would be an unusual discovery made in southern Manhattan.

On September 16, 2008, two men working at a ferry dock on the river near the statue of Liberty spotted something bobbing about out in the water, which they soon realized was a person. The deckhands went out in a rescue boat expecting to find a dead body, yet while the woman was in the water face down and still and inert, when they pulled her out they were surprised to see that she was still alive. Even more bizarre was that this woman was the missing Hannah Upp. She was rushed to the hospital, where she was found to have mild hypothermia, dehydration and severe sunburn. As soon as she was lucid enough to talk, things got even weirder when she talked to police and expressed utter surprise that three weeks had passed. Hannah claimed that the last thing she remembered was leaving to go on her jog, and that she had no memory at all of where she had been the whole time she was missing, no recollection of shopping around Manhattan, and indeed she seemed almost skeptical that so much time had passed, as if she thought the police were pulling her leg. For her it seemed like only about 10 minutes had passed, and she would tell The New York Times, “I went from going for a run to being in the ambulance.” That night, Hannah allegedly talked in her sleep and said something about being in a lighthouse, but the next morning when her mother asked her about it, she couldn’t remember saying it at all.

After intensive questioning and a series of neurological tests turning up nothing unusual, the best police and doctors could come up with was that Hannah was suffering from what is called “dissociative fugue.” Also popularly called “Jason Bourne Syndrome,” it is a very rare and poorly understood condition in which the sufferer will lose awareness of their identity or other important autobiographical information for a duration of time, although they still maintain the ability to function and survive, often going off on unplanned trips or creating new identities during the episode. The victim will usually sort of “wake up” in an unfamiliar place and have no memory of the time they were in the fugue state, which can be disorienting since it can last for hours, days, weeks, or even longer. However, the strange thing in Hannah’s case was that the condition is typically caused by some powerful traumatic experience in a person’s life, and neither Hannah or her family could recall her ever having such an event. Hannah was even hypnotized by psychiatrists in order to see if there was perhaps some trauma that she had repressed, but they could find nothing of the sort. Nevertheless, this was the best explanation at the time, and Hannah tried to go back to her normal life, but this would not be the end of it.

Hannah went back to teaching, moving to Maryland to start fresh, and at first there was no problem, no further psychological issues, and things seemed to be getting back to the way they had been. Then in September of 2013, five years after she had first gone missing, she disappeared again. It began with Hannah’s mother being called by police to inform her that Hannah’s wallet and phone had been found eerily lying in the middle of wooded footpath in Kensington, but there was no sign of the woman herself. This time, she was missing for two days, eventually making her way back home on her own after waking lying in a shallow creek with an empty shopping cart next to her. Once again, she had no memory of where she had been or what she had done during her missing time. Interestingly, both of these disappearances so far happened in September, and both involved water, although it is unclear what connections these have. However, her next disappearing act would also happen in September and also involve water.

A year after this second incident, Hannah made the bold move of moving to St Thomas, in the U.S. Virgin Islands in the Caribbean, again finding a job as a teacher. Again, things seemed to be back to normal, and although she would survive two hurricanes while on the island she seemed mostly happy, and expressed to friends and family that she intended to stay there. Then, on September 17, 2017, Hannah casually told her housemates that she was going to work and never came back. When she did not return the next day and it turned out she had never arrived at work, her friends went looking for her and found her clothes neatly folded on a beach and her car keys lying nearby, and her car was found in the parking lot with her purse, wallet, passport, and cell phone inside. Why had she removed her clothes and where had she gone naked? Had she gone swimming or snorkeling? No one knew. A search party was mounted with boats and helicopters, but no sign of Hannah Upp could be found. Hospitals, homeless shelters, and even morgues were scoured all over the island, the thought being that on such a small island some sign of her would have to turn up, but there was nothing. It seemed as if she had vanished without a trace yet again. However, if this was another fugue episode, it is one that she has not yet snapped out of, as she has never returned. 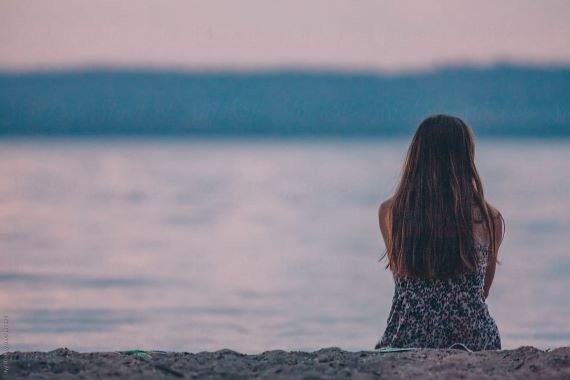 As with her first disappearance there have been several sightings of Hannah around the island, including a report that she had been seen panhandling at the marina and another sighting of her lurking around a homeless shelter, in every case apparently in a sort of zombie-like trance, but these have led nowhere. Hannah Upp’s story has been made into a documentary entitled Vanished In Paradise, and her friends and family have still not given up hope that she is alive out there somewhere, perhaps living a new life with no recollection of who she really is, but the specter also hangs in the background that this time something terrible might have happened to her. Still, her friends and family remain hopeful that she is merely lost and without memory of who she really is, and Hannah’s family has said:

We’ve done all the physical searching that I think we can do, other than having her posters put up everywhere. That’s going to be the only way, hopefully, if she sees one of them, if she’s in her fugue state, it would at least get her to the point where she realizes something’s wrong and she goes to get help. That’s what we’re hoping for. We have no way of knowing the length of time Hannah’s condition and journey may fill. We are in this for the long haul.

What happened to Hannah Upp? How could someone go missing for weeks on end with no recollection of where they had been of what they had done during that time? Was this a psychological disorder, or something else? What is the significance of the disappearances all happening in September, their association with water, and the fact that all of her clothes were neatly arranged on the beach like that on her last known day upon this earth? Is she still out there, perhaps still wondering who she is, or has there been a tragedy that has taken her life? We may never know the answers to these questions, and Hannah Upp remains missing, her strange case unexplained.

9,000-Year-Old Campsite With Hundreds of Artifacts Unearthed Near Rhuddlan Castle