Where There’s One Paranormal Mystery There’s Usually a Second, Too

Have you ever noticed that where there is one weird mystery, there is another? John Keel came to believe that cryptid creatures, UFOs, aliens, Men in Black, ghosts, and so on, were all somehow interlinked. I would have to agree. So, having said that, here's some interesting examples. We'll begin with the mysteries of Loch Ness, Scotland. Yes, there isn't just one mystery at the legendary loch. The Nessies aside, there's the matter of the ghostly airman. In 1976, the wreck of a Second World War-era Vickers Wellington aircraft was hauled up from the deep waters Loch Ness. It wasn't long before people were seeing the spectral form of a man at Loch Ness dressed in a 1940s-period military uniform. As one example of more than a few, there is the story of a man named Peter Smithson, who told ghost-investigator, Bruce Barrymore Halpenny, of his encounter with the ghostly airman in 1978. Smithson said it was early one morning, just as dawn was breaking, when he saw someone coming towards him – from the depths of Loch Ness. Smithson’s first reaction – and a quite natural reaction – was to assume there had been some kind of accident.

It was easy to understand why Smithson assumed that, as the man before him was dressed in military clothing, and was dragging behind him a parachute. But, what baffled Smithson was the fact that the uniform the man was wearing was clearly out of date. It was far from modern-looking and far more befitted the era of the 1940s, when the world was engaged in trying to defeat the hordes of Adolf Hitler. Smithson shouted to the man, to see if he was okay. The response Smithson got was an eerie one: the man slightly turned and pointed towards the waters of Loch Ness. Smithson said that the man suddenly dematerialized, leaving him with a "funny feeling," and a suspicion that what he had seen was "a ghost airman." He commented: "What a damn fool I felt, confronted by a ghost, my camera around my neck, yet I never had an inkling to take a photo."

Now, onto England. It was the summer of 2003 when something very strange happened in a body of water in central England, near the bustling town of Cannock, Stafordshire. Known locally and unofficially as Roman View Pond, it was very soon to become famous. Or, rather, infamous. In no time at all, not only were the local media on the scene of all the crazy antics, but just about all of the U.K.’s nationwide media, too. I should stress that I know the area well, having grown up only about fifteen minutes’ drive from the pond, which is actually much bigger than its name suggests. By the time of the saga took off, however, I was already living in the United States; having moved from the U.K. in early 2001. It was a story revealed by the Wolverhampton Express and Star and dated June 16, 2003, written by Faye Casey, and titled Mystery as 'croc' spotted at pool."  The article read as follows: "A Staffordshire community was today trying to unravel a pool monster mystery after reported sightings of a 7ft 'crocodile' type creature rising from the deep." The mystery of the "mini-Nessie" was never solved.

What's equally intriguing, however, is the fact there's an old church - literally over the road from Roman View Pond - that more than a century ago was run by the father of a man named George Edalji. George was thrust into the limelight in 1903 when he was convicted, sentenced and imprisoned for maiming and mutilating horses in the area - reportedly in the dead of night, and, some believed, for reasons related to nothing less than full blown occult rite and ritual. Collectively, the horse slashing and deaths generated not only a great deal of concern at a local level, but also anger, fear, and a distinct trust of the Edalji family, who the locals had consistently frowned deeply upon ever since they moved to the area years earlier. Edalji claimed to have played no role in the matter. Indeed, there were more than a few bizarre ideas: that the attacker was a "hypnotized ape," a giant bird, a group of trained wild-boar, and occultists.

Now, to the United States. And Texas' Big Thicket. To demonstrate just how heavily wooded Texas is, the Big Thicket alone – which is situated not at all far from the city of Houston – is more than 80,000 acres in size. It’s dominated by near-endless numbers of oak trees, beech trees, pines, and swamps and rivers. By day, the Big Thicket looks like pretty much any other large, sprawling mass of forestland.  It’s after the sun has set, however, and darkness has fallen on the Big Thicket that things begin to change – and to a significant and creepy degree. That's when the Bigfoot creatures come out. That's right: the whole area has a longstanding history of Bigfoot activity. 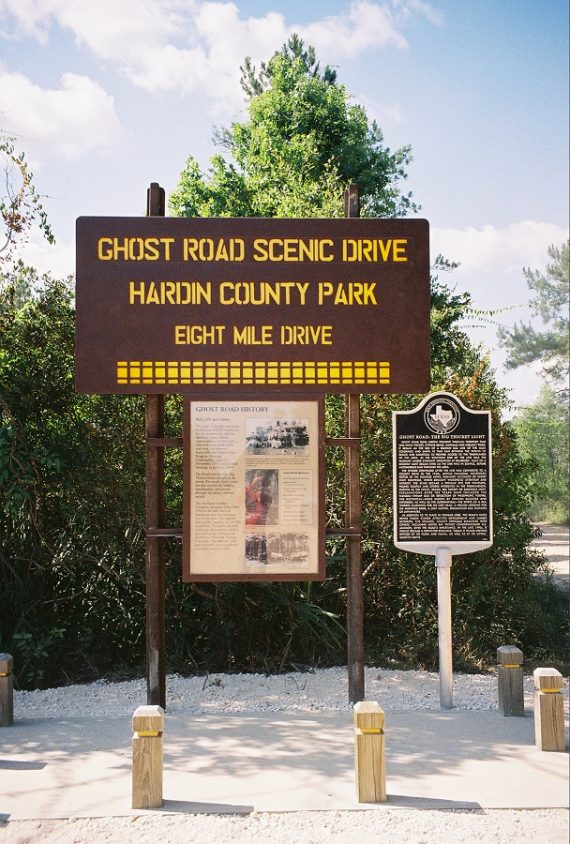 Much of the high-strangeness of the Bigfoot variety is focused in the vicinity of a six-mile-long stretch of fairly primitive road that runs through the woods and which is called Bragg Road. While that’s the road’s official title, it also has an unofficial name, too: Ghost Road. It takes its curious name from the fact that, for centuries, people have reported seeing, strange, eerie, floating balls of light flitting around the woods – balls of light that vary from the size of approximately a tennis ball to a soccer ball. And, it’s against this weird background that the Big Thicket Bigfoot dwells. So, in one specific place in Texas, we have Bigfoot animals and strange balls of light seen together. More than that, Rob Riggs received reports of small, glowing orbs of light attached to the creatures, which is extremely weird!

Now, over to Puerto Rico. It's legendary for its resident monster: the Chupacabra. I know that for sure,  as a result of having spent a great deal of time there. You probably know where this is going. That's right: the Chupacbra isn't the only strange creature on Puerto Rico. In my travels I've heard of the "Moca Vampire" (a Chupacabra-like thing that first surfaced in 1975); a large, bat-like beast; a gargoyle-type thing; Bigfoot creatures; and a violent, large, monitor lizard. Is all of this just down to a coincidence? Or, was Keel right? I say the latter.

Supernatural Terror at the Jones House