21 Grams: The Doctor Who Tried to Weigh the Soul

For as long as we have been aware of our own mortality, since the very first flickers of self consciousness stirred within our brains, humans have sought to come to terms with our death. The idea of what happens after our passing has been passed among the greatest philosophers and thinkers of our time, with sometimes as many possible answers as there are those who ponder the question. One pervasive belief on the afterlife is that humans have a soul, some intangible force that animates us and makes us who we are, passing on after we have shucked off the husk of our biological body. The concept of the soul is a cornerstone of countless ideas on the idea of an afterlife, firmly entrenched into the lore and beliefs of our very species, and while it is mostly confined to religion and mythology there have been some attempts in history to actually try and verify the existence of a human soul, with one of the most famous being the time an esteemed doctor tried to actually weigh it.

The man known as Dr. Duncan MacDougall was a wealthy and respected physician in Haverhill, Massachusetts, who had his own clinic and was also involved in working at a tuberculosis home called the Cullis Consumptives’ Home, which was for terminal cases. It was here where he would get a strange idea in his head one day as the facility was moving to a new location in 1901. One piece of equipment that was being used in the move was a large, industrial sized Fairbanks Standard platform scale that could detect the most minute changes in weight. Considering that MacDougall was constantly surrounded by death, he became obsessed with using this scale for an experiment to see if a soul really existed. In short, he wanted to see if the human soul actually had a weight that could be measured.

MacDougall began preparing for his experiment by locating six individuals who were beyond hope and on death’s door, four suffering from tuberculosis, one from diabetes, and one from unspecified causes, but all of them not long for this world. He went about monitoring these patients over the months, in the meantime building a cot-like contraption that rested upon a lattice of beams upon the industrial scale, which all had an accuracy sensitive to two-tenths of an ounce. His theory was that the soul was material, that it had mass, and if that were so, then it would have a weight that could be measured. In order to do this, he would have the patients lie down on the bed in their last moments of life and measure their precise weights before and after death. For this purpose, he had gone through great lengths to recruit only “a patient dying with a disease that produces great exhaustion, the death occurring with little or no muscular movement, because in such a case, the beam could be kept more perfectly at balance and any loss occurring readily noted." To make sure there were no mistakes, he meticulously measured the person’s weight before death, even allowing for every factor, including minute changes in perspiration and loss of urine. He would say of the very first subject to die:

The patient’s comfort was looked after in every way, although he was practically moribund when placed upon the bed. He lost weight slowly at the rate of one ounce per hour due to evaporation of moisture in respiration and evaporation of sweat. During all three hours and forty minutes I kept the beam end slightly above balance near the upper limiting bar in order to make the test more decisive if it should come. At the end of three hours and forty minutes he expired and suddenly coincident with death the beam end dropped with an audible stroke hitting against the lower limiting bar and remaining there with no rebound. The loss was ascertained to be three-fourths of an ounce. (21 grams)

This loss of weight could not be due to evaporation of respiratory moisture and sweat, because that had already been determined to go on, in his case, at the rate of one sixtieth of an ounce per minute, whereas this loss was sudden and large, three-fourths of an ounce in a few seconds. The bowels did not move; if they had moved the weight would still have remained upon the bed except for a slow loss by the evaporation of moisture depending, of course, upon the fluidity of the feces. The bladder evacuated one or two drams of urine. This remained upon the bed and could only have influenced the weight by slow gradual evaporation and therefore in no way could account for the sudden loss. There remained but one more channel of loss to explore, the expiration of all but the residual air in the lungs. Getting upon the bed myself, my colleague put the beam at actual balance. Inspiration and expiration of air as forcibly as possible by me had no effect upon the beam. My colleague got upon the bed and I placed the beam at balance. Forcible inspiration and expiration of air on his part had no effect. In this case we certainly have an inexplicable loss of weight of three-fourths of an ounce. Is it the soul substance? How other shall we explain it?

In MacDougall’s view this was an extremely promising development, and he would carry out a similar procedure with the remaining patients, to mixed results. One problem he faced was the tiny sampling he had to work with, made all the worse in that the data for two of them had to be discounted. In one case, the patient died before the scale could be fully calibrated, and on another MacDougall didn’t feel that the scale was properly aligned. There were also the mixed results, with different ranges of weight lost, with one even mysteriously gaining back the weight after it had been lost. He himself knew that his study would need to be repeated many more times to reap any significant data, but he was encouraged enough to continue testing with 15 dogs, which he sedated, loaded onto the scale, and killed with injections. No noticeable weight difference was measured, which he chalked up to the popular notion at the time that animals did not have souls. He would say of this:

If it is definitely proved that there is in the human being a loss of substance at death not accounted for by known channels of loss, and that such loss of substance does not occur in the dog as my experiments would seem to show, then we have here a physiological difference between the human and the canine at least and probably between the human and all other forms of animal life. I am aware that a large number of experiments would require to be made before the matter can be proved beyond any possibility of error, but if further and sufficient experimentation proves that there is a loss of substance occurring at death and not accounted for by known channels of loss, the establishment of such a truth cannot fail to be of the utmost importance. 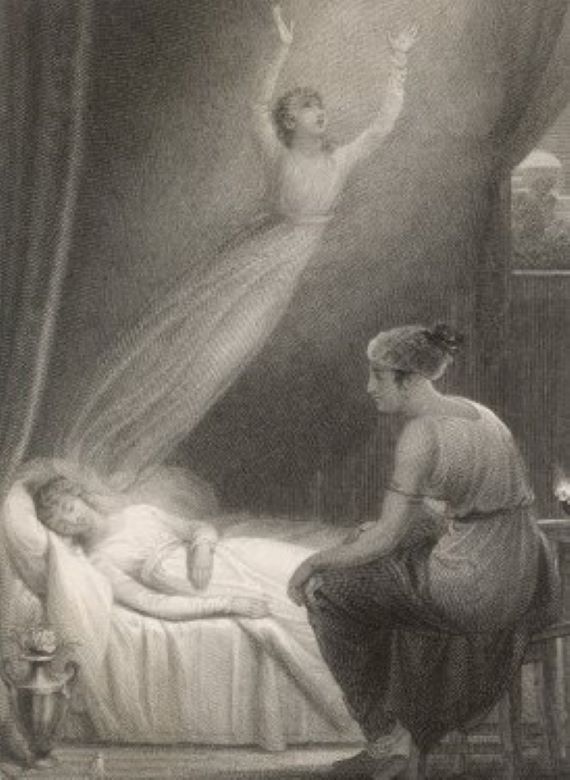 MacDougall's research would get out into the wild through an article in The New York Times, as well as published in the Journal of the American Society for Psychical Research and the medical journal American Medicine, and it was all immediately controversial, generating clashing views on what it all meant. There were plenty of people who took it as irrevocable proof of the human soul, but others were not so sure. His limited sampling was widely criticized, the measurement methods deemed to be too imprecise, his methods questioned and judged as unscientific. It was pointed out that any number of unanticipated factors could have contributed to the loss of weight, but MacDougall fiercely defended his findings, admitting that, while his sample was small, he had considered every possible angle and meticulously monitored and accounted for everything with the utmost care. Nevertheless, while his results caused a lot of excitement in the general public, to the scientific community at large they were seen as flawed and lacking any real merit.

Despite all of this scathing criticism, MacDougall would go on to try an experiment to photograph the human soul in 1911, to little effect. After this, he would mostly fade into obscurity and give up his experiments to prove a human soul, finally passing away in 1920 to perhaps finally find the answers he sought. A few scattered people would carry out similar experiments over the years on animals, but MacDougal’s experiments on human beings have never been attempted or replicated since. Does his research have any significance? Is there anything we can learn from this? No matter the answer to these questions, as of yet the existence of the soul has yet to be proven in scientific terms, and we will no doubt never stop our age-old quest to answer one of the most important mysteries of our existence.

The Kraken: Legendary Monster or Something More?