A Mysterious Character in Black at the Home of Nessie!

On the night of June 2, 1973 Ted Holiday, a renowned Nessie-seeker - did nothing less than try and exorcise the beasts of Loch Ness and banish them to the supernatural realm he believed they came from. It was a tumultuous night, one which saw him take to the dark waters and try and forever eject the monsters from the legendary loch. By the end of the night, he was emotionally exhausted and fraught and frazzled. The day after, however, proved to be even more terrifying. It was while he took a walk down to the loch’s shoreline, shortly after breakfast, that Holiday encountered something terrifying. At first, everything seemed normal: the skies were clear, the sun was shining, and the oppressive atmosphere of the night before was well and truly gone. As Holiday looked around, however, he could see – at a distance of perhaps thirty meters – a man dressed completely in black; a man who was staring right at him from the top of a small peak that overlooked the lair of the long-necked monsters. On seeing the man, said Holiday, highly astutely: "I felt a strong sensation of malevolence, cold and passionless." 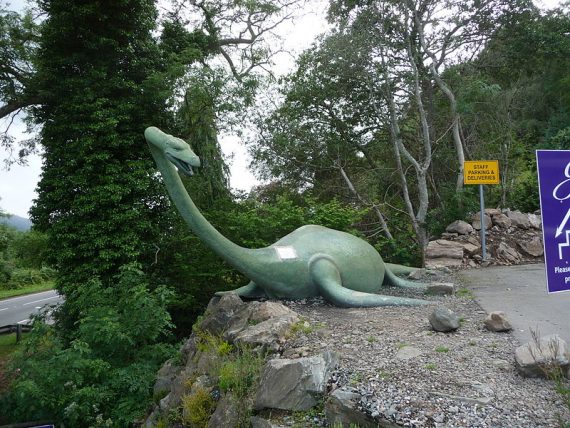 That was barely the start of things: despite the sense of dread that had enveloped him, Holiday decided to walk towards the man and confront him. What a most unwise choice that was. The closer Holiday got, the weirder things became. Holiday could see that the stranger in black appeared to be dressed – neck to foot – in some kind of tight-fitting, shiny black plastic. A black helmet of sorts – vaguely like the kind of thing a biker would wear– covered his head. A thick pair of tinted goggles were the only things that Holiday could see of the man’s face: a black cloth was wrapped around his nose, face and chin. Even his hands were covered. 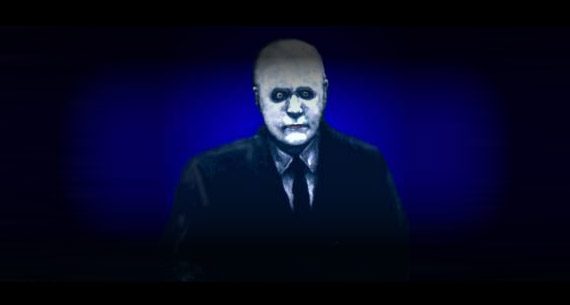 Holiday sucked in a deep breath and took more steps forward, his heart thumping and the adrenalin pumping. Holiday called out to the man but got no reply: the M.I.B. stood his ground, as if goading Holiday to come closer, which is exactly what he did. Holiday was plunged into a state of cold fear when, as the pair was within ten-feet of each other, he could now see that there appeared to be…no eyes behind the goggles…just an impenetrable nothingness Suddenly, the air was filled with a shrill whistle and the M.I.B. vanished into oblivion before a stunned Holiday. Now almost overwhelmed by fear, Holiday half-stumbled and half-ran for safety. He did so for around a couple of hundred feet, before stopping and looking back. The M.I.B. was still not to be seen. Holiday sighed with relief. He should have realized, however, that the Man in Black was not yet done with him.

Exactly one year later, and at precisely the same spot where he had encountered the M.I.B. the previous year, Holiday suffered a serious heart attack. He perceived this a warning to keep away from Loch Ness and its paranormal denizens. If only he had done as he was told. Holiday, however, was not going to let a heart attack get the better of him and his research. When he was recovered, a few months later, Holiday was back to his Nessie studies. It was, however, all too late. In 1979 Holiday had another heart attack. That one killed him. I have to wonder: did the Man in Black know that Holiday would die exactly one year later, and on the exact same site? Of course, if he was a time traveler, he would know the exact time and date of Holiday’s medical emergency.

Neanderthals May Have Been Able to Speak Like Us