An ancient magical amulet that belonged to the Mandaeans (who live in the southern parts of Iraq and Iran) has been deciphered. The lead amulet had writing carved into it in the Mandaic language and once deciphered, it was revealed that it was used to prevent evil spirits “who eat flesh and drink blood”.

Tom McCollough, who is an emeritus professor of religion at Centre College in Danville, Kentucky, explained the amulet in a virtual presentation of the Archaeological Institute of America (AIA) and the Society for Classical Studies (SCS), stating that it is approximately 8 inches in length by 1.7 inches in width with 62 lines of text. It dates back to 750 AD.

The deciphering of the text revealed that the amulet was used to protect a man named Abbiya against blood-drinking spirits as well as a demon. The translation read in part, “In the name of life, may there be health to the spirit and soul of Abbiya, the son of Mahua.” It went on to ask Gabriel, the “angel of the gods”, to “throw down, bind, strike, kill and fetter the demon.” “From the sons and daughters, may a great voice, healing, victory, sealing, protection, and sealing be to the body and spirit and soul of Abbiya...” (Unfortunately, there are no pictures of the amulet.)

In other amulet news, an 11-year-old boy found a rare figurine from about 2,500 years ago that was used to either protect children or to help with fertility. In fact, the amulet is so rare that the Israel Antiquities Authority (IAA) only have one other like it.

Zvi Ben-David discovered the figurine at Nahal HaBesor in southern Israel. IAA archaeologist Oren Shmueli and curator Debbie Ben Ami described the amulet, “The figurine, 7 centimeters high and 6 centimeters wide, was made in a mold. It shows a woman with a scarf covering her head and neck, schematic facial features and a prominent nose. The woman is bare-breasted and her hands are folded under her chest.” “It was probably used in the sixth–fifth centuries BCE, at the end of the Iron Age or in the Persian period — the late First Temple period, or the return to Zion.”

They went on to explain its significance, “We must bear in mind that in antiquity, medical understanding was rudimentary. Infant mortality was very high and about a third of those born did not survive. There was little understanding of hygiene, and fertility treatment was naturally non-existent. In the absence of advanced medicine, amulets provided hope and an important way of appealing for aid.” 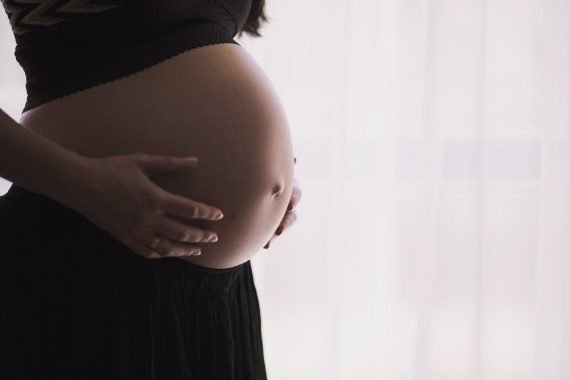 The amulet was brought to the National Treasures collection where it will be analyzed and researched in further detail. A picture of it can be seen here.