The mysteries of Stonehenge were the subject of one of my recent articles. So, I thought that today I would focus on another series of ancient standing stones in the UK; this one in the village of Avebury, which is only a short distance from Stonehenge. Just like Stonehenge, Avebury has been the site of bizarre events - as you'll now see. First, a bit of information about the area and its cool stones.  English Heritage provides us the following: "Avebury henge and stone circles are one of the greatest marvels of prehistoric Britain. Built and much altered during the Neolithic period, roughly between 2850 BC and 2200 BC, the henge survives as a huge circular bank and ditch, encircling an area that includes part of Avebury village. Within the henge is the largest stone circle in Britain - originally of about 100 stones - which in turn encloses two smaller stone circles. Avebury is part of an extraordinary set of Neolithic and Bronze Age ceremonial sites that seemingly formed a vast sacred landscape."

In the summer of 1990, when interest in Crop Circles in Britain reached fever-pitch levels, a woman named Vanessa Martin spent a week roaming around the English county of Wiltshire while trying valiantly to get to the bottom of the mystery. But, rather than solve the riddle of the Crop Circles, her experiences arguably only add to the mystery and wonder. And, having met and interviewed Martin, I have to agree. For the first couple of days of her adventure, Martin made the historic village of Avebury, Wiltshire her base of operations. While strolling around the ancient standing-stones of Avebury on the second morning of her trip, Martin says that "out of nowhere" a man approached her, and began to engage her in conversation about the Crop Circle riddle. Significantly, Martin adds that the man was "“dressed in bright white overalls and had really long yellow hair” – very Space-Brother-like, in other words. Indeed, it's possible that the man was one of the Space Brothers that surfaced on so many occasions in, chiefly, the 1950s. According to Martin, after a brief discussion on the matter of how the Earth would soon be in danger from the reckless activity we have done to the planet, the character vanished in front of her. As in literally vanished. The mystery was never resolved. Moving on: 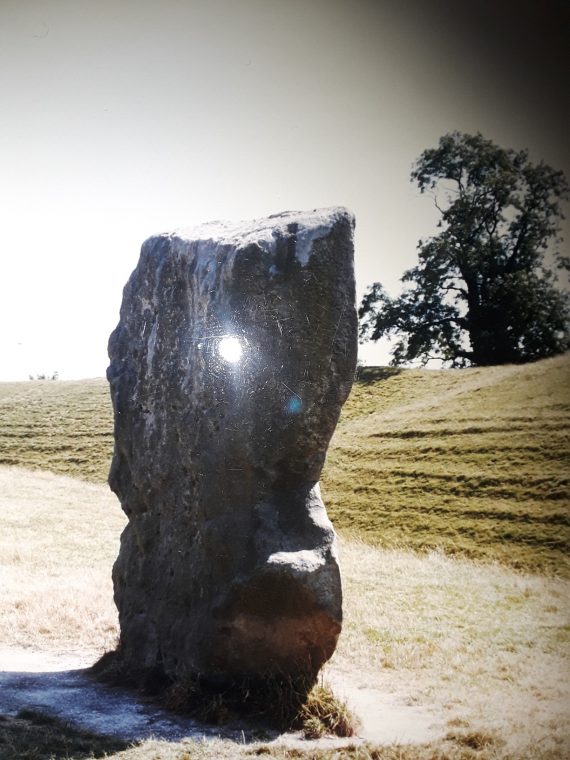 An equally fascinating, but very different, affair took place in Avebury back in 1962. Malcolm Lees enlisted in the British Royal Air Force in the early 1950s and retired in the late 1960s. In 1962 he received a posting to a RAF station in the county of Wiltshire, which he declined to name to me, and worked in the prestigious and secretive world of intelligence gathering. Early one September morning in 1962, a call came into the base from an elderly woman who had seen a UFO hovering in the stones of Avebury. The UFO was actually a bright ball of light that quickly transformed into what looked like a large, worm-like creature that crawled across the area! Not surprisingly, the terrified woman fled to the safety of her home. According to Lees, an on-site investigation followed by he and his military colleagues. But, as Lees said, due to the fact that the event was over before they could get on the scene, very little could be done, except to prepare a report. Answers for this truly bizarre affair were never found.

Now, we focus on a blend of both fact and entertaining fiction. Back in 1977 a UK TV show called Children of the Stones became a big hit with the kids of that time. With adults, too. I was one of those kids (I was 12 at the time). Of the show itself, Nostalgia Central state: "Scientist Adam Brake (a pre-Blakes 7 Gareth Thomas) and his precocious son Matthew (Peter Demin) arrive in the sleepy village of Milbury in the west of England. Professor Brake is there to write a thesis on electromagnetic powers in the Neolithic stones in the remote village but instead finds the village under the grip of strange psychic powers unleashed by the sinister village squire, Hendrick (Iain Cuthbertson) – a Lord Summerisle character and a former astrophysicist of some renown." Milbury, of course, was - in the real world - Avebury. Not only was the show a hit, but it gave Avebury a lot of publicity, too. 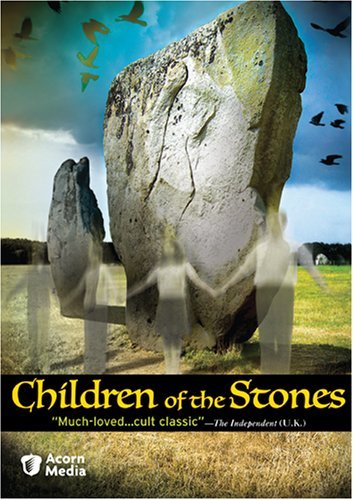