Book Claims Aliens Have Recently Kidnapped Over 200 Humans for Sex

You may know Jerome Clark as a former editor of Fate magazine, or as the author of “Unnatural Phenomena: A Guide to the Bizarre Wonders of North America” and other books, or co-author (with Loren Coleman) of “Cryptozoology A to Z”, or from his many television appearances discussing the subject of UFOs. However, none of those things nor his other noteworthy accomplishments in the field of UFO research will get him as much exposure and notoriety as a few sections in his latest seven-volume collection, “The UFO Phenomenon,” which covers UFO reports from 543 BCE to present times. (Note: this series is an updated Kindle version of the “The UFO Encyclopedia: The Phenomenon From The Beginning” which was first published in 1998.) In particular, “UFOs in the Late 20th Century and the New Era 1991–2020 (The UFO Phenomenon Book 7)” has already made headlines for Clarke’s revelation that by his count a total of 212 people have been abducted by aliens since 2014 for the purpose of sex. 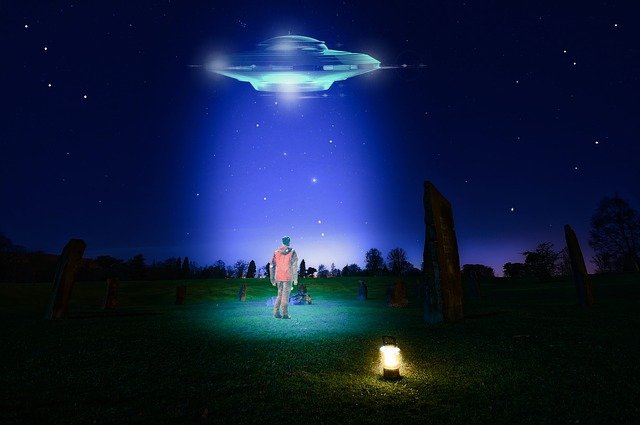 “Abductions can happen anywhere and may last anything from 20 minutes to five days. The usual duration is one to three hours. Most happen at night. A key procedure is inspection of the reproductive organs, often followed by extraction of sperm or eggs.”

That sounds pretty clinical, and in fact many stories of sexual encounters between humans and extraterrestrials emphasize that, even if the intercourse was consented to and the alien was sexually attractive, the experience was generally not pleasurable. That sexual attractiveness in some other cases is what apparently drew The Sun to Clark for an interview.

"Their usual dress is a coverall or one-piece jumpsuit, often skintight, perhaps even so snug that the beings appear (or are) nude."

In the chapter titled “Khoury Case,” Clark describes the experiences of Peter Khoury, the head of Media at Australian news company NMRA, who claimed his 1992 abduction involved having two nude blonde aliens kneeling on his bed, one of whom engaged in foreplay before attempting to have sex – a failed attempt that allegedly left him with a few blonde hairs for evidence. According to the review, the hair was analyzed and found to be a hybrid of Asian and Gaelic advanced DNA.

Clark doesn’t ignore really close encounters of the female kind. The review tells the account of a woman from Indianapolis who told Clark aliens impregnated her while she was on a cruise ship (Earthly, not alien), returned a few month later for the fetus, and again to introduce her to her hybrid daughter. 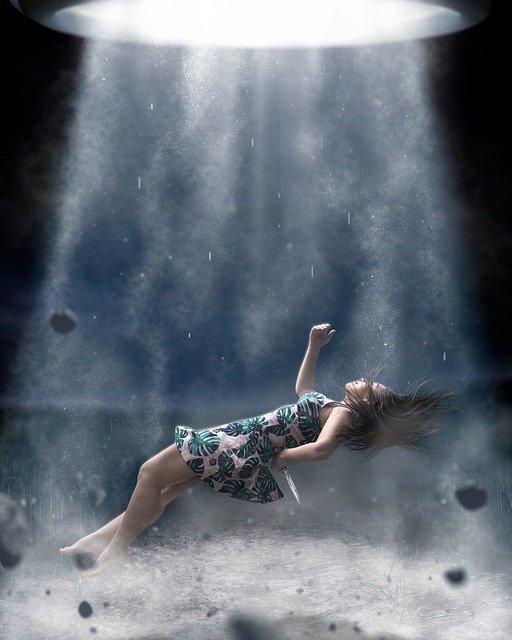 In the sample of the Kindle book on Amazon, Clark tells of Antonio Villas Boas, who claimed he was abducted in 1958 by many small beings who “dragged him inside a landed UFO, drew blood samples and left him in a room where he had sexual relations with an almost-human female.” To show how times have changed, Clark shares that the “few ufologists who knew of this report kept it hidden in a plain brown envelope of secrecy” because of the damage inter-species sex would do to the field. However, stories of alien abductions picked up in the latter half of the 1960s and today this kind of sex is almost mandatory in TV and movie alien encounters.

Did that teaser interview in The Sun have you breathing heavily for more alien sex stories? Clark’s seven-volume set was released on Kindle last week, and there’s no requirement to start from the beginning – you can skip right to the good parts in Volume 7. However, based on Clark’s large body of reputable books on UFOs, extraterrestrials, cryptozoology, and other strange creatures of the paranormal world, it would certainly be enjoyable and enlightening to start at Volume 1, page 1, in 543 BCE