Cattle Mutilations on the Rise Again in Oregon

While the rest of the world worries about COVID deaths, ranchers in Oregon worry about cattle deaths – specifically, those mysterious deaths resulting from strange and often precise mutilations where only certain organs are removed, no tracks are left behind and no arrests seem to be made in any of the cases. While Oregon is certainly a leading cattle producing state, it’s far from the biggest, yet in the past few years it has become ground zero for cattle mutilations. A new round was reported this week and, with no clear cause, people are once again whispering “It’s aliens!”

“Central Oregon Daily News has been tracking reports of suspicious cattle killings in the region and a few details are emerging:

The killings happen in remote areas, both cows and bulls are being killed, and, in many instances, their ears, tongues and genitals are removed with surgical precision.” 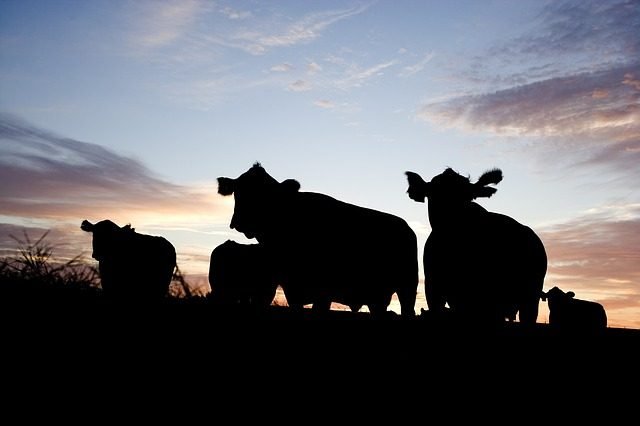 Look up “broken record” and you might find a photo of news articles on Oregon cattle mutilations, since all seem to report “genitals are removed with surgical precision.” Crook County in the center of Oregon is the latest location, as Undersheriff James Savage reports to the Central Oregon Daily News. He notes that adjoining Harney and Wheeler counties were hit previously by mysterious mutilations, but proximity doesn’t seem to help locate the culprits. Nor does frequency – Savage points out that the mutilations have been happening since the 1970s. In fact:

“The FBI has files on thousands of mysterious cattle killings and mutilations across the U.S. since the 1970s, but no reported arrests.”

KTVZ TV in Prineville, the county seat of Crook County, knows it doesn’t do any good to call in the FBI nor the government, since the mutilations occur both on Bureau of Land Management public lands as well as on private ranches. The best they can do is spread the word that there have been four mutilations in this latest round and ranchers should report any and all suspicious activity to the sheriff’s office. The ranchers are not without feelings – they would certainly understand if someone was desperate for food for their family, but Michael Lloyd from the Prineville Wilco store says the mutilations have them disgusted as well as fearful

“It’s pretty sad that somebody would come in and take somebody’s private stock, kill them and do whatever they do with them.”

Did something happen in the 1970s to trigger these cattle mutilations in Oregon? While there have been rumors of extraterrestrials looking for samples or cults looking for sacrificial offerings, the lack of any case resolutions – even when government investigators are involved – has many pointing to cover-ups by other government organizations hiding possible problems in the U.S. food supply, which contains a large amount of beef. The 1960s and early 1970s in general were a time of national turmoil, so it’s easy to buy into this conspiracy theory, especially when many reports included sightings of black helicopters. While those sightings have gone down, the mutilations have gone up. Could these new ones be linked to today's turmoil -- COVID? No one is making that connection ... yet.

“It is very frustrating to me. One, this is a senseless thing to do to one of these animals. Two, it affects our stock growers. That fact we’ve never been able to solve it is discouraging.”

Discouraging to Sheriff Savage, the ranchers … and the cows.

The Bizarre Phenomenon of Thoughtography