Earliest Record of Salt Being Used as Maya Currency

It’s hard to imagine that the salt we sprinkle on our fries and eggs was actually a form of currency in ancient times, but that’s exactly what it was used for.

Archaeologists discovered a 2,500-year-old mural at the ancient Maya site of Calakmul located in the Yucatan Peninsula in Mexico that depicted the earliest record of an exchange of salt as a form of Maya currency between a buyer and a seller. In the mural, one person holding a salt cake wrapped in leaves is handing it over to another individual who has a large spoon over a basket. It is believed that salt cakes were moved by canoes up the coast and through rivers in the southern part of Belize.

An interesting fact is that the word “salary” comes from “sal” which is the Latin word for salt. Ancient soldiers in the Roman army were occasionally paid with salt. Dating as far back as 6050 BC, salt was used as a commodity for many civilizations around the globe and even played in important role in religious rituals as it was a sign of purity. And, of course, many of us put salt on our food for extra flavor. 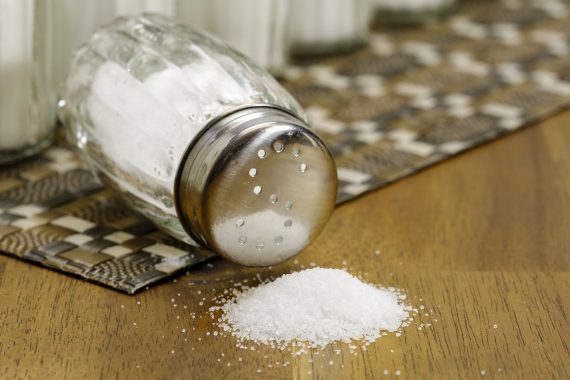 Since 2004, Heather McKillop from Louisiana State University has found numerous pieces of archaeological evidence connected to the ancient Maya salt trades which included “salt kitchens” that were made of pole and thatch and were soaked in saltwater lagoons of Belize’s mangrove forests. In these “salt kitchens”, brine was boiled in pots over fire in order to extract salt.

A total of 70 sites, called the Paynes Creek Salt Works, have so far been mapped out which included numerous rooms and buildings. Additionally, archaeologists found 4,042 wooden posts that were submerged, a canoe, an oar, stone tools that were used to salt meat and fish, a jadeite tool, and hundreds of pottery pieces which included 449 rims from ceramic vessels that were used to make the salt. “It’s like a blueprint for what happened in the past,” McKillop said.

She went on to say, “I think the ancient Maya who worked here were producer-vendors and they would take the salt by canoe up the river. They were making large quantities of salt, much more than they needed for their immediate families. This was their living.” The study was published in the Journal of Anthropological Archaeology where it can be read in full.

A picture of the mural can be seen here.

Looking for Bigfoot and Other Cryptids? This Map Might Help You Find Them