Elon Musk May Be Attracting Extraterrestrials to Earth

Imagine you’re a member of an intelligent species on a planet orbiting a star near that one with what appear to be eight or nine exoplanets spinning around it, including one with rings and a pretty blue one. Imagine looking at the pretty blue one using one of your strongest telescopes and seeing something, perhaps a structure, that looks like it was made by intelligence beings. You ask a friend to look at it and tell you what he thinks it is. He looks, then looks at you and says:

That’s the essence of a new paper accepted for publication in the Journal of the British Interplanetary Society which proposes that the Starlink satellite network launched by Elon Musk’s SpaceX private space company that is slowly surround the Earth is building a “techno-signature” that can be seen by extraterrestrials – and could lead them here. Are you excited … or terrified? What do the ETs think?

“Last year on May 24 the SpaceX launched the first set of 60 Starlink satellites and up to now the total number is approximately 400 aiming to reach at least 12000 (McDowell 2020) at the end of a decade program announced by Elon Musk. Such a huge number of satellites, distributed over almost the whole surface of the Earth might be considered as the first prototype of a possible megastructure around the Earth, which in principal, might be visible from the cosmos.”

Zaza Osmanov, a professor in astrophysics at the Free University of Tbilisi, Georgia, was intrigued by the discovery of the Tabby’s star (KIC 8462852) 1,470 light-years away whose dimming was attributed by some to the possibility of a Dyson sphere structure surrounding it. While that was too far away to be seen with any known Earth telescope, Osmanov proposes that the Very Large Telescope (VLT) in Chile and China’s FAST radio telescope could detect it around a star up to 260 light years away – or ETs could detect one around our Sun. Moreover, if they can detect a Dyson sphere, they can detect a thick network of satellites surrounding a planet in a similar manner. He estimates that it would take about 800 years for SpaceX’s Starlink constellation alone to show-up in any ET searches. 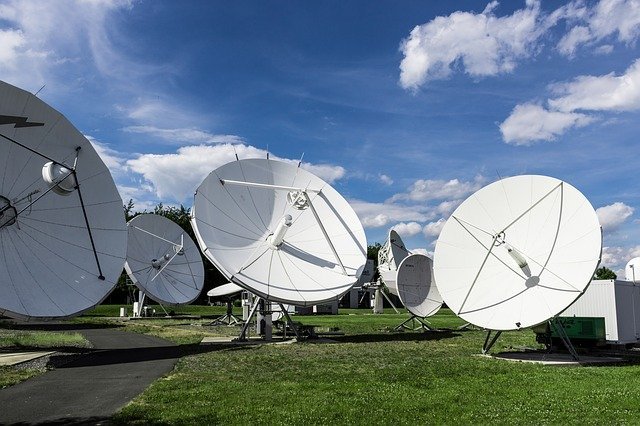 “Extrapolating the idea of SpaceX’s Starlink constellation we assume that an alien society with index K = 0.7 (our civilization) will reach Type-I in 1000 years, which is enough to build a planetary megastructure for collecting the required material.”

The big ‘If’ at the end of a lot of detailed scientific explanation in the paper is “Type-I civilization,” which, according to a review of the paper in Forbes, is a planetary civilization which can harness all the energy that falls on a planet from its parent star. We Earthlings are currently rated as a “type 0.7” civilization and Osmanov estimates we won’t reach Type-I for about 1,000 years based on our energy usage increasing at 1% per year. However, another intelligent civilization with a head start on us could have a telescope that could detect a satellite-based infrastructure like the Starlink network surrounding Earth – a “techno-signature” – and assume the same thing many astronomers did when presented with Tabby’s star’s dimming … it’s a sign there’s intelligent life on the blue ball. And, if they can see that, maybe they’ve picked up television transmissions announcing (or complaining about) the satellite network, figure out who build it, and plan to pay that truly ‘intelligent’ being a visit. Because, as one ET may have said to the other:

Are you excited … or terrified?

21 Grams: The Doctor Who Tried to Weigh the Soul