Are you surviving the pandemic lockdown by binge watching horror movies? Are you especially fond of movies centered on demonic possession and exorcisms? Do you know them so well that you can recite your favorite lines by heart … including the names of the demons? A ‘real’ exorcist in the Philippines would like to send you his business card and schedule an appointment – he thinks you’re probably possessed by one of those movie demons and he claims to have the evidence to prove it.

“I have been exorcising a young woman for many weeks now. Thirty-nine (39) demons have already been cast out. Five of these demons come from the movies the demoniac had watched. The names of the demons are either the primary or secondary characters of these movies. 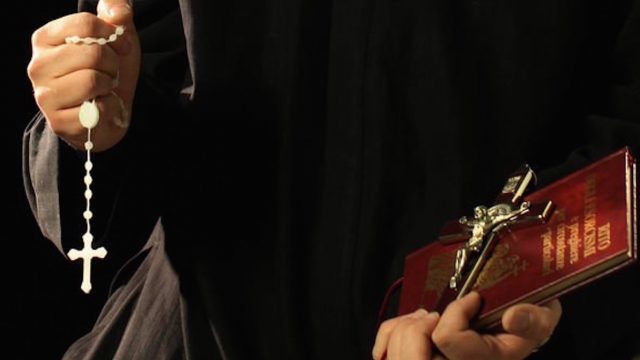 Throw in Pazuzu from “The Exorcist” and you have a nice demonic “Greatest Hits” list for a scary night of binging … unless you believe Father Ronnie E. Ablong, a Catholic priest in the Roman Catholic Diocese of Dumaguete in the Philippines. Some recent Facebook posts by Father Ablong caught the attention of the Manila Bulletin, including the one quoted above on March 1. He hinted at what he’d been working on recently in a post on February 27.

“Once in an exorcism last month, Padre Pio came to help us pray for the possessed. And each time I said:" St. Padre Pio, pray for us", the devil reacted violently and twisted the head of the demoniac. The name of this particular devil is "Valak" who was the demon in the horror movie "THE NUN". The demoniac had watched this movie.”

This appears to be the same “demoniac” Father Ablong refers to in the subsequent post. This particular possessed person sounds like a binge-watching horror movie fan. “The Nun” is part of “The Conjuring” series, “Drag Me to Hell” won the award for Best Horror Film at the 2009 Scream Awards, “Lights Out” was a 2016 hit, and the “Annabelle” and “Twilight” series need no introduction. This demoniac appeared to be the type of fan who absorbed these movies and remembered the names of the demons and vampires … to the point where Fr. Ablong claims they became real and possessed her. He doesn’t just warn against watching these movies.

“Warning: PLEASE do not mention or pronounce their names because doing so will empower them or you will be harassed.”

Father Ablong believes that “patronizing horror films or films that deal with magic and witchcraft” opens “a lot of doors to the devil.” However, while he implies that this girl was possessed by five fictional demons, he doesn’t explain how they became real – an important point of his next post about two more female teens he exorcised.

“Each demonic possession is unique because the devil is a person - he has a character.” 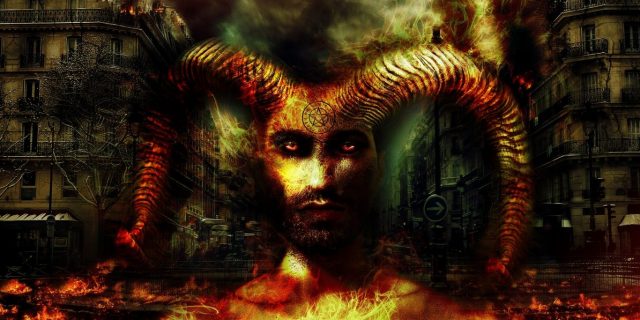 Father Ablong again emphasizes that saying the name of the demon is the worst thing one can do, citing in the examples of the two females how one appeared to bring out the demon by saying its name herself while the other just needed her father to say it in her presence. Ablong points out that the only time it’s OK to say the name of a demon is during an exorcism – which implies that a lot of sports teams and their fans are “opening doors” every time they yell their names.

Horror is one of the most popular genres of films, televisions shows and novels – so there’s far too much money being made for any one exorcist or even and entire religion to stop them … the Catholic Church has already tried. Some psychologists believe that being scared by fictional characters can help a person deal with their own personal fears of the unknown. And the vast majority of people enjoy movies about demons and exorcisms without ever feeling possessed or in need or an exorcist. Finally, there’s the angst that so many teens of all genders go through. Shouldn’t a counselor focus on that rather than just their favorite movies?

Humans are possessed by many real things besides demons. It would be great if real leaders – spiritual, political or otherwise – focused on those first.

And, if you read this article aloud and suddenly feel possessed, don't say Fr. Ablong didn't warn you.

The Strange Case of a Legally Haunted House