Former Nunnery With Creepy Ghostly Nuns Is For Sale

A former nunnery in Logan, Utah, that has been long rumored to be haunted is currently for sale for $700,000. St. Ann’s Retreat (also known as St. Ann’s Nunnery) has a long history of ghost stories that includes pregnant nuns and even death.

The 2.6-acre lot has 21 buildings and structures, 2 main lodges, 6 smaller cabins, pool house, play house, generator house, and swimming pool. It sounds beautiful, but the history that dates back to the early 1900s is rather dark. The property was owned by the Hatch family until they donated it to the Catholic Church in the 1950s and was named St. Ann’s Retreat where nuns would spend their vacations. Then in the 1980s, it was turned into a youth camp until becoming a privately owned property in the early 1990s.

The location made headlines back in 1997 when three security guards held trespassing teenagers at the bottom of the pool with shotguns pointed at them while they were restrained and tied by their necks.

There are several legends regarding the history of the nunnery. The stories include a pregnant nun, but the rest of the story has different variations as in one version the nun left the retreat to raise her baby, while other versions stated that the child died and the nun drowned in the pool while attempting to escape. 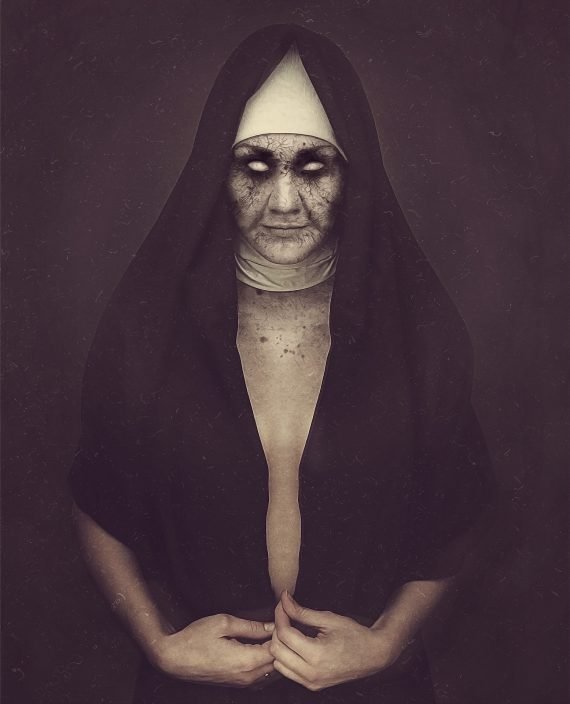 Another legend includes two nuns who were fighting and one of them pushed the other into the empty swimming pool where she died. The deceased nun allegedly haunted her killer by banging on her door during the night and laughing. When the killer nun would look outside, she would see the apparition of the dead nun with glowing red eyes.

Another version of the story includes a man who attacked a nun and drowned her in the pool before attacking others. Some believe the tale that numerous nuns conducted their own abortions and buried the fetuses beneath the pool which is why disembodied cries can sometimes be heard in that area. (It’s important to mention that none of these legends have ever been proven.)

There have been reports of a ghostly female (possibly a nun) wearing all black and wandering the grounds, while others have witnessed the ghostly entity walking around with two Doberman Pinschers with glowing red eyes. There’s even an alleged curse that if a first-born son witnesses the ghostly nun, he will soon die. 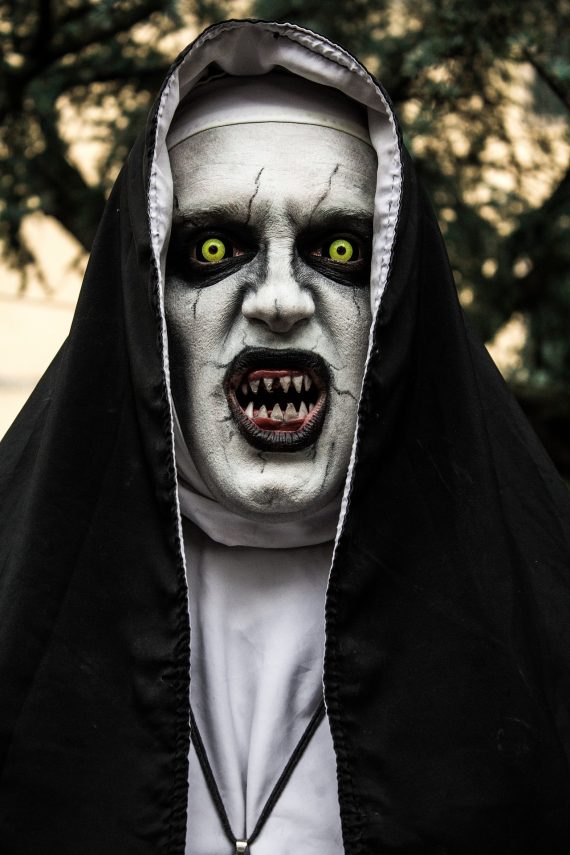 Additional paranormal activity includes people feeling sudden cold spots on the grounds, especially near the pool area. Those who have walked through the woods at night have heard disembodied sobs. Others have heard unexplained snarls and barks, in addition to feeling like someone was watching them (especially along the riverbank).

Pictures of the property can be seen here as well as on the real estate listings page.