George Adamski: How the FBI Kept a Close Watch on the Legendary “Contactee”

Born in Poland in 1891, George Adamski had the distinction of being the most supported, celebrated and ridiculed of those who claimed direct contact with human-like extraterrestrials. The controversy largely began on 20 November 1952, when, along with six other people, Adamski claimed that he witnessed the landing of a UFO in the Californian desert and then made contact with its pilot. FBI documentation, however, showed that Adamski’s interest in UFOs preceded the 1952 date by at least two years; and the author Timothy Good stated that Adamski claimed to have had other-worldly contact as a child, and to have later received instruction from them in Tibet, hence his 1936 book, Wisdom of the Masters of the Far East, published by The Royal Order of Tibet.

At the beginning of its surveillance of George Adamski, the FBI did not apparently have any awareness of his earlier claims of contact; however a document dated 28 May 1952 references his 1950 encounters, and also reveals that – as with George Van Tassel – the FBI considered Adamski to be a subversive. A study of the documentation shows that much of the FBI’s initial data on Adamski came from a source (whose name the FBI has chosen to keep classified) that revealed the facts to its San Diego office on 5 September 1950: "[Source] advised the San Diego Office that he first met Adamski about three months ago at the café which is named the Palomar Gardens Café, owned and operated by Adamski, at the road junction, five miles East of Rincon, California, at a point where the highway branches off leading to Mount Palomar Observatory.

"[Source] became involved in a lengthy conversation with Adamski during which Adamski told them at great length of his findings of flying saucers and so forth. He told them of a spaceship which he said he saw between the earth and the moon, which he estimated to be approximately three miles in length, which was flying so fast that he had to take about eighty photographs before he could get three of them to turn out. According to [source] Adamski stated that the Federal Communications Commission, under the direction of the ‘Military Government’ of the United States, has established communication with the people from other worlds, and has learned that they are so much more advanced than the inhabitants of this earth that they have deciphered the languages used here. Adamski stated that in this interplanetary communication, the Federal Communications Commission asked the inhabitants of the other planet concerning the type of government they had there and the reply indicated that it was very different from the democracy of the United States. Adamski stated that his answer was kept secret by the United States Government, but he added, 'If you ask me they probably have a Communist form of government and our American government wouldn’t release that kind of thing, naturally. That is a thing of the future – more advanced.'"

Adamski’s comments that his alien friends were communists caused – at the very least - raised eyebrows within the FBI, and led to continued monitoring of his activities: "Adamski, during this conversation, made the prediction that Russia will dominate the world and we will then have an era of peace for 1,000 years. He stated that Russia already has the atom bomb and the hydrogen bomb and that the great earthquake, which was reported behind the Iron Curtain recently, was actually a hydrogen bomb explosion being tried out by the Russians. Adamski states this ‘earthquake’ broke seismograph machines and he added that no normal earthquake can do that.

"Adamski stated that within the next twelve months, San Diego will be bombed. Adamski stated that it does not make any difference if the United States has more atom bombs than Russia inasmuch as Russia needs only ten atom bombs to cripple the United States by placing these simultaneously on such spots as Chicago and other vital centers of this country. The United States today is in the same state of deterioration as was the Roman Empire prior to its collapse and it will fall just as the Roman empire did. The Government in this country is a corrupt form of government and capitalists are enslaving the poor." 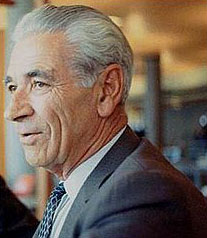 From thereon, Adamski was officially considered by the FBI to be a "security matter." In January 1953, he was again the subject of FBI interest when the San Diego office began to hear rumors to the effect that: “Adamski had in his possession a machine which could draw ‘flying saucers’ and airplanes down from the sky.” Despite his the-aliens-are-Communists-style statements of 1952, Adamski was concerned that the device that supposedly operated on the principle of "cutting magnetic lines of force," could be used against American aircraft; and it was Adamski himself initiated who initiated a meeting with both the FBI and the Air Force of Special Investigations, and that occurred on 12 January 1953.

From the beginning of the meeting, Adamski was careful to make it clear that the machine was the creation of another person, and that regardless of what the FBI thought it knew or had been told to the contrary, Adamski had not yet seen the device – he had only been told of its existence. He did, however, apparently know enough about both it and its creator to suggest that production of the device might not be in the best interests of the Government, since the person concerned "was not entirely loyal." On this matter, at least, Adamski cooperated fully, and provided both the Bureau and the Air Force with sufficient information to allow a formal investigation of the machine’s "inventor" to begin.

In that same meeting, Adamski could not let the opportunity pass by to discuss with both the FBI and the Air Force his claimed encounter of 20 November 1952 out in the deserts of California, as the FBI carefully noted in its write-up of the interview: "At a point ten and two-tenths miles from Desert Center on the road to Parker and Needles, Arizona, [Adamski] made contact with a space craft and had talked to a space man. Adamski stated that he, [deleted] and his wife Mary had been out in the desert and that he and the persons with him had seen the craft come down to the earth. Adamski stated that a small stairway in the bottom of the craft, which appeared to be a round disc, opened and a space man came down the steps. Adamski stated he believed there were other space men in the ship because the ship appeared translucent and could see the shadows of the space men." 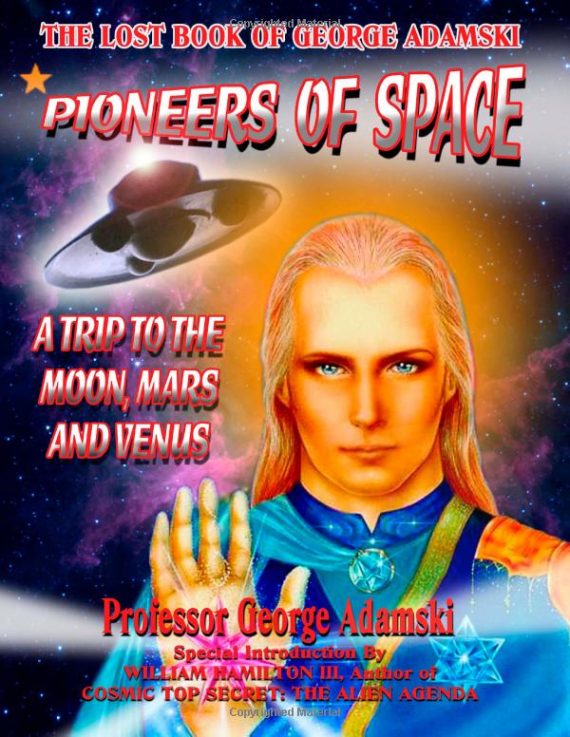 Adamski also revealed that the alien was "over five feet in height, having long hair like a woman’s and garbed in a suit similar to the space suits or web suits worn by the US Air Force men." And in a similar fashion to George Van Tassel, Adamski related to the FBI and OSI agents that he conversed with the being by means of sign language, but felt that his mid was being “read.” As evidence of this, Adamski said that as he was about to take a photograph of the aliens’ craft, the humanoid "motioned" him to stop. Adamski told the agents that he took his photograph regardless, but that this was not to the liking of the cosmic visitor, who grabbed the material evidence out of Adamski’s hands and soared off into the sky!

Adamski’s adventures with the aliens were not over, however. Once again, according to the FBI: "Adamski further advised that he had obtained plaster casts of the footprints of the space man and stated that the casts indicated the footprints had designs on them similar to the signs of the Zodiac. On January 12, 1953, Adamski advised that on December 13, 1952, the space ship returned to the Palomar Gardens and came low enough to drop the [film negative] which the space man had taken from him, Adamski, and had then gone off over the hill. Adamski stated that when he had the negatives developed at a photo shop in Escondido, California, that the negative that the space man had taken from him contained writing which he believed to be the writing of the space men. Adamski furnished the writer with copies of the space writing and photographs of the space ship."

However, from another source, the FBI was told that: "The photographs were taken by setting the camera lens at infinity, which would sharpen the background of mountains and trees and blurs the saucer, which was probably strung on a thin wire. [Source] advised that if the camera were set at infinity the wire would not show." Indeed, what all of this tells us is that until his death in 1965, Adamski was a controversial character - whether within the field of Ufology, or with the special-agents of J. Edgar Hoover's FBI.

‘Oumuamua May Be Part of a Pluto-Like Planet