How To Recognize Extraterrestrials When We Encounter Them

Whether you believe extraterrestrials exist on other planets or in other galaxies, or you believe they’re already here, your challenge is to identify them – hopefully to welcome them to Earth. But, how can one do this if we don’t know what ETs look like? A zoologist has an answer and his new book might be the perfect handbook for both astronauts and the Earth welcoming committee – or the committee that decides whether the ETs are here to greet us, beat us or eat us.

“The most important rule is that life arises by natural selection. Life adapts to its environment. Complex aliens will have evolved from simple aliens, to solve the problems on their planet. Problems like finding food, avoiding becoming someone else’s food, and reproducing.” 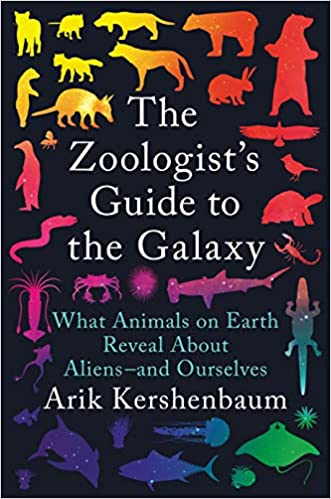 University of Cambridge astrobiologist and zoologist Arik Kershenbaum is the author of a new book: "The Zoologist's Guide to the Galaxy". In an article in Science Focus, he explains that his zoological description of aliens is based on Darwin’s theory of evolution – specifically, the idea of natural selection. That idea would restrict the development of ETs just as it restricted the development of life on Earth, allowing species to move up based on successfully conquering the conditions of the moment. Kershenbaum believes that these “universal laws of biology” of biology are in effect on all planets regardless of their environments.

“Aliens will have predators, and they will have prey. Predators will need to be like predators on Earth: fast or stealthy – their prey won’t want to be eaten! Prey will need to defend themselves: by camouflage or by armour? And maybe, like on Earth, some creatures will solve their problems in a special way: by grouping together. Wolves hunt in a pack, and zebras stay in a herd to keep safe from lions. Some aliens will be solitary, but some will also be social.”

All of those things can happen in any environment, right? Kershenbaum gives some examples. If their planet is a water or liquid world, the aliens probably developed fins or jet propulsion – both effective means of movement in liquid. Legs win out on a solid surface over rolling, flopping and other methods of movement. Since the search for food is universal, the means to find it should be as well – combinations of the senses of touch, smell, sight and hearing would be successful developments on Mars or on exoplanets. Here’s another universal trait Kershenbaum sees.

“Symmetrical animals move so much faster than non-symmetrical ones, they have a real advantage. That doesn’t mean that circular (or even triangular) aliens are impossible. But think about how they evolved: why did they get an advantage by being circular or triangular? Maybe circular creatures could evolve in a bottomless ocean, where there’s no advantage to crawling.”

Symmetry means balance, which is required no matter how much or how little gravity a planet has. A New York Times review points out that Kershenbaum predicts some aliens will exhibit social cooperation, technology and language, and some will have intelligence – perhaps enough to do those things with us. The real question is … will there be some that are MORE intelligent than us?

Kershenbaum doesn’t provide any drawings of aliens or detailed descriptions – four eyes, eight arms, green skin, forked tongue, big head, pointy ears – but it’s easy to see that starting with “natural selection” ends up with ETs resembling life on Earth. Does this also mean that if there are aliens among us, they will evolve to look exactly like us?

Where’s Darwin when you need him?

The Strange Mystery of the “Michael Teachings”