“Leaked” and Controversial UFO Documents: How a Sensational Story Began

A few nights ago I was talking with a friend about the notorious Majestic 12 documents - and the matter of how they entered into the public domain. Whether you buy into the Majestic 12 issue or not (I don't), the story behind the papers is a fascinating one. Exactly two weeks before Christmas Day 1984, a package appeared on the doorstep of the home of a man named Jaime Shandera. He was a friend and colleague of Bill Moore (co-author with Charles Berlitz of the 1980 book, The Roswell Incident), and someone who was heavily into UFOs, too. The envelope contained camera-film of a document that told the story of a secret group established by the U.S. government, following the Roswell crash of July 1947. It went by various permutations, the most popular in the UFO research arena being Majestic 12. The document showed the government had dead aliens hidden away. Extraterrestrial wreckage had been recovered by the U.S. military. Autopsies on the disturbingly-looking humanoids from far away – with their black eyes, large heads, and skinny bodies – were quickly undertaken. No-one knew what should be done. No-one knew how to keep the public and the press away from the incredible finding. Everything was top secret, as the documentation made very clear. If the documents were the real thing, of course.

Moore and Shandera – and, soon, Stan Friedman, too - quickly got together to scrutinize the material. Such was the perceived deep concern for what they had got a hold of, the trio decided the wisest approach was to say nothing – not a single thing – to anyone. The three continued to quietly research the documents – genuine or faked. Things altered quickly in 1987. That’s when something occurred that was totally out of the hands of the team. It was the last thing they needed. As the investigations into Majestic 12 continued on, rumors began to circulate that an English UFO writer, Timothy Good, had gotten copies of the same papers that Moore, Shandera and Friedman had kept so quiet since 1984. As for how Good got his versions, that’s still a mystery to this day. I should note there are vague claims, though, that Good’s supply came from someone with links to the CIA.

The handover of the papers to Good was said to have occurred in March 1987. Of more concern for the three men in a quandary, however, was not so much who gave Good the documents, but that he was about to have a new book published, Above Top Secret: The Worldwide UFO Cover-Up. Sidgwick & Jackson was the company; a highly respected publishing company with an ability to make Good’s book a big hit. The goal was achieved. The book became a bestseller in the U.K. And guess what? Sidgwick & Jackson just about managed to get the Majestic 12 documents in the pages of Above Top Secret before Good’s book went to print. Two months after Good’s CIA insider provided him the documents, the London Observer newspaper mentioned it. The date of the article was May 31, 1987. Written by Martin Bailey it had the lengthy title of "Close encounters of an alien kind – and now if you’ve read enough about the election, here’s news from another world." 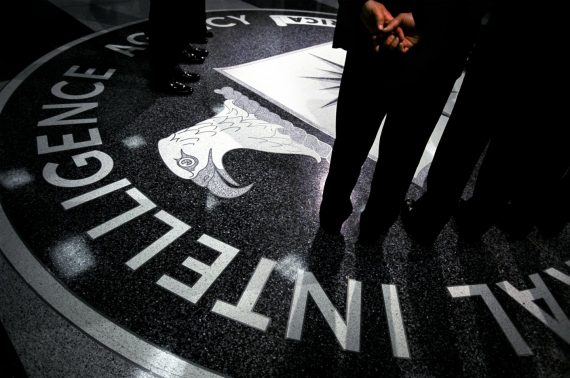 In no time, Moore, Shandera and Friedman chose to release their copies into the public domain, which is hardly surprising, given that word of the Majestic 12 papers was now starting to trickle and circulate outside of the confines of the trio. This was completely understandable: the three had done all of the groundwork, and the very last thing they wanted now was to be written out of the story – or, at the absolute least, left marginalized and sitting frustratingly on the sidelines. And who should have died in May 1987, just when the Majestic 12 documents were about to surface? The CIA’s James Jesus Angleton, a powerful character  said to have been plugged-in to the government's UFO secrets. Lung-cancer was the cause. Angleton was sixty-nine. Strangely, also in May 1987 a woman named Alice Bradley Sheldon – an employee of the CIA who wrote sci-fi under the alias of James Tiptree – took her life. Her husband’s life, too. Sheldon is believed to have created a faked UFO document – to freak out the Russians - in the 1960s called the "Serpo" documents. It tells a story that mirrors certain portions of the 1977 movie, Close Encounters of the Third Kind. Specifically, the final stages of the movie in which Richard Dreyfuss’ character of Roy Neary is taken away by aliens.

The story directly above shows that questionable UFO documents have been circulating around since the 1980s. Should we view them as hoaxes or of no particular value or importance? Or, are greater agendas at work? That's a question I'll answer in another article.