Legend, Lore and Folklore of the United Kingdom’s Strange People and Creatures

Having, over the last couple of days, highlighted the "giant" people of the U.K. and the mysterious "little people"-types too, I thought today I would follow on by sharing with you some of the stranger tales of the legendary figures of the U.K. We'll begin with what has become known as the Woodwose. Tabitca Cope says that it "…is a savage, naked man decked out in leaves and boughs or moss and ivy, carrying a huge club. He has been reportedly seen in England since 14th Century and up to the 16th Century and has been described as a large bearded man whose entire body was covered in curly hair. Historians theorized that the woodwose may have been some ancestor of man, and during the periods of its existence, had learned to fashion tools from wood. Similar stories of large hairy ape-men are found in the Pacific Northwest, Europe, Canada, Mexico, Belize, Guiana, Ecuador, Brazil, Malaysia, Indonesia, parts of Africa, and of course the Himalayas."

Still on the matter of strange people living wild in the U.K., and, in the process, provoking myths and tales of enigmatic feral-style entities, I feel duty bound to reference the famous story of the green children of Woolpit (which is also associated with the even more renowned tale of the Babes in the Wood), a village situated between the towns of Bury St. Edmunds and Stowmarket. So the tale goes, back in the 12th Century, a young girl and boy, of strangely green-hued skin, appeared in Woolpit one day, claiming to have come from a magical place called St. Martin’s Land, which existed in an atmosphere of permanent twilight, and where the people lived underground, on nothing but green beans. While the story has been relegated by many to the realms of mere myth and folklore, it may not be just that. It might, actually, be much more. According to the old legend, the two children remained in Woolpit and were ultimately baptizsed by the villagers, who accepted them as their very own. And although the boy ultimately grew sickly and eventually died, the girl did not. She thrived and finally lost her green-tinged skin to normal colored skin of healthy appearance. She also, somewhat in defiance of the disapproving attitudes of certain members of the village, became, as it was amusingly termed back then, according to the legend, "rather loose and wanton in her conduct." Who or what they were, no one really knows. 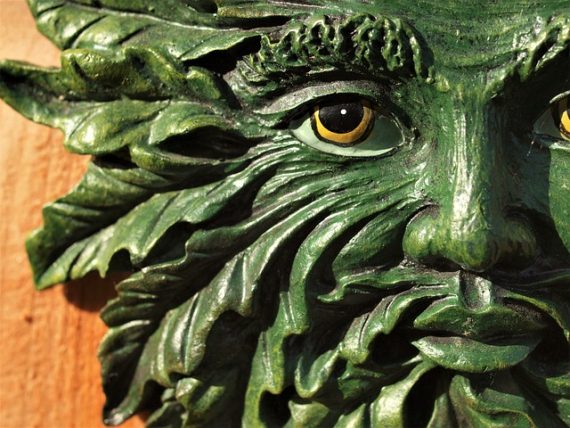 Robert Newland and Mark North say that Dorset legends tell of Woodwoses inhabiting the woods of Yellowham Hill, which is located near to the town of Dorchester. The creatures had the regular habit of abducting young girls from the nearby villages, many of whom supposedly ended up pregnant during their time spent in the company of the Woodwose. One such incident befell a particular young girl, who, when questioned by magistrates about the nature and name of the father of her impending child, replied: ‘Please your worshipfuls, ‘twere the Wild Man of Yal’ham.’ No one should doubt the possibility – perhaps even the probability - that this may simply have been an ingenious ploy on the part of the girl to try and protect her unknown, very human lover from the scalding wrath of her irate father! Or, perhaps, on the other hand, Woodwose really did once inhabit the thick woods of Dorset. And, in view of the many and varied hairy man-beast encounters that have been reported from all across the British Isles for centuries, we might well ask this important question: Are the woods of Dorset still, to this very day, the domain of the Woodwose?

There's another matter worth noting in relation to the words of Mark North and Robert Newland. It’s one that is supportive of the theories of Jon Downes. If the Woodwose were truly Bigfoot-style entities, then they surely would not have been able to successfully mate with Homo sapiens. However, if they were merely human beings who, having reverted to wild lives and states, subsequently developed excessive amounts of body hair as a result of near-starvation, then getting the girls of the local villages pregnant would not have posed much of a problem at all. While the wild men may have looked somewhat unusual, their genetic make-up would have been perfectly compatible with the girls, because for all intents and purposes, they were of one and the same, precise type. 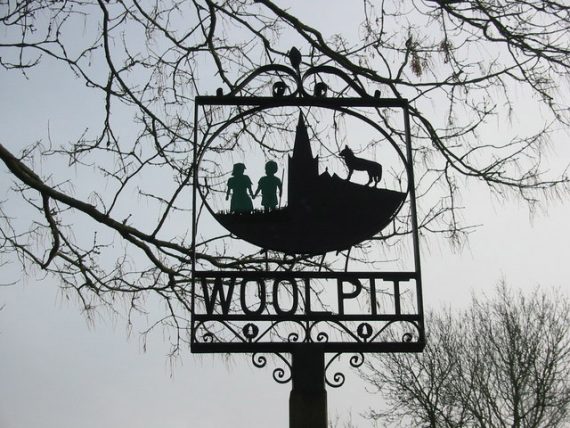 Liz Randall says of the Green Man – a wild character linked with places perceived as magical, such as woods, glades, and streams, and whose very image provokes thoughts of ancient, proto-humans roaming the land - that: "Usually these figures are male, although there are a very few Green Women, together with green cats, green demons, and green lions. The Green Man can appear in different forms, although there are three types that are normally represented. These are the Disgorging Head, which emits foliage from the mouth; the Foliate Head: which is entirely covered in green leaves; [and] the Bloodsucker Head, which has foliage emerging from all the facial outlets."

As for the point of origin for the phenomenon, Kithra suggests that the Green Man quite possibly surfaced out of the mythology of fantastic deities and mighty gods in very early times. Perhaps, in the British Isles, she muses, the Green Man arose from the Celtic god of light, Lud (also referred to as Lug or Lyg). On a similar track, in 1942, at West Row, Suffolk, a silver salver which dated from the 4th Century was found and, today, comprises an integral and important part of what has become known as the so-called Mildenhall Treasure. The salver in question, which was uncovered at the site of an old Roman villa, and that is now on display at the British Museum, contains an intriguing image. It resembles a partly leafy mask thought to represent Neptune – the Roman god of the sea and the water - with the foliage being seaweed. But, pretty much for all intents and purposes, it is definitively Green Man-like in its appearance.

As all of this shows, over the centuries, legendary and unusual figures abound throughout the U.K. - and have for a very long time. In some cases, for millennia.

Neanderthals Didn’t Survive in Europe as Long as We Thought