Putting someone else’s ring on your finger rarely if ever turns out well – a great many sitcom and movie plots begin with one person trying a ring and finding they’re unable to take it off. While those scenes are played for comedy, a teen in Ghana who placed a friend’s ‘magic’ ring on his finger in play ended up in a terrifying scenario of pain, possible amputation, a curse and a tragic death. What kind of ‘magic’ did this ring possess … and will Peter Jackson direct the movie?

“I saw the ring when we went to play the game and after I took it, my friend’s sibling told me it was for him but my reply was since he is my friend, I can wear it and return it anytime he needs it.”

Adom TV and other Ghana media sources reported on the tale of 17-year-old Emmanuel Otabil, who claims he was at a video parlor in Iron City on the southern (Gulf of Guinea) coast of Ghana when he spotted a silver ring his friend had removed. Otabil placed the ring on his index finger and never told his friend, who apparently didn’t notice it was missing. According to the report, the next morning the finger was swollen – a common result of wearing a ring that’s too tight or causes an allergic skin reaction – and couldn’t be pulled off. Because it was bothering him, they took Otabil to a blacksmith who managed to cut off half of the ring. That’s when the cut edge began digging into the finger and infecting it. 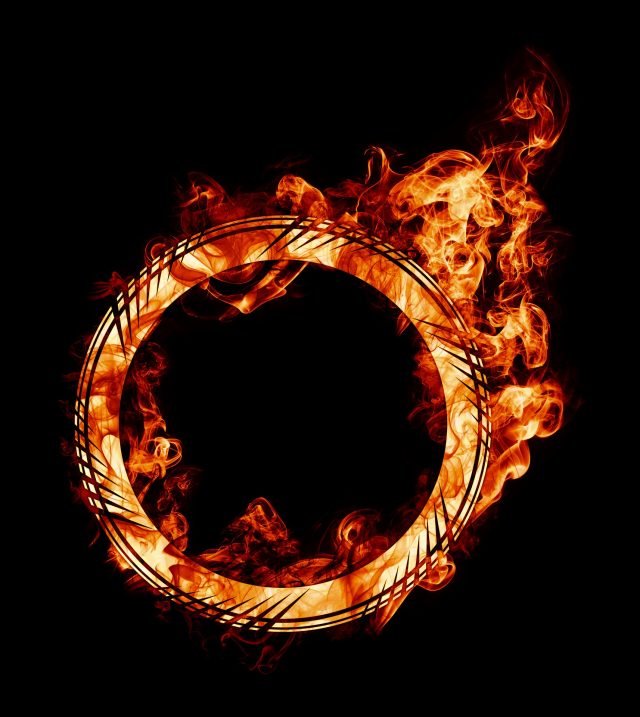 So far, this sounds like your typical ‘dumb teenager’ story, doesn’t it? It’s time for a plot twist.

“The owner of the ring said that the blood of a newborn baby was required to remove the ring or the gentleman would lose his finger eventually.”

The ‘friend’ was obviously upset that his “sakawa” ring had been stolen and wrecked. It is a local religious belief that the ‘sakawa’ is given powers to bring wealth to only its owner, it should never get wet while it’s on and should never be worn by anyone else. And, if it gets stuck, the finger must be amputated. According to the report, this was confirmed by a Mallam or spiritualist who was brought in at the request of the teen’s mother. Once he assessed the gravity of the situation, the Mallam was “said to have applied herbs and eggs on the teenager from head to toe amid incantations and libations for over two hours”, after which the ring came off and the bleeding stopped.

“According to the victim’s sister, the Mallam revealed the teenager will die in a week if a lump sum is not raised for spiritual pacification, in the stead of the blood of a newborn baby the deity requested for.”

The Mallam was said to have agreed with Otabil’s ‘friend’ that the diety who gave the ring its ‘power’ still had to be paid off. That’s when the plot takes a tragic twist.

“A 10-month old baby has been found buried alive at Nyanyano in Kasoa just a few hours after the mysterious 'sakawa ring' worn by one young man named Emmanuel Otabil was removed by a supposed powerful mallam. In the latest report by UTV that was sighted by YEN.com.gh, it is indicated that the site where the baby was buried is just 30 minutes drive from Iron City where the ring-incident happened at.”

This sounds like just a gruesome coincidence, especially since the locations are miles apart. Yen.com.gh reports many locals believe the events are directly connected and the police are looking for relatives of the baby. A 2014 article in African Studies Review exposes the ‘sakawa’ as a fraud linked to occult rituals. While the obvious and most desirable fraud payment is a “lump sum,” it’s apparent by the reported concern of locals that the belief in the ‘magic’ of the sakawa is still strong this part of Ghana.

As it is in the rest of the world where religious beliefs can still outweigh and overrule public safety, not to mention medical reasons for allergic reactions or physical trauma. Let’s hope the tragic death is not related.

Leave the rings alone! Didn’t you see the movies?

Clever Hans: The Wonder Horse Who Could Do Math and Other Amazing Things