In the final days of December 1980 multiple, strange encounters and wild incidents occurred in Rendlesham Forest, Suffolk, England. And across a period of three nights, no less. Based upon their personal encounters, many of those who were present believed that something almost unbelievable came down in the near-pitch-black woods on the night of December 26. Lives were altered forever – and for the most part not for the better, I need to stress. Many of those who were present on those fantastic nights found their minds dazzled, tossed and turned – and incredibly quickly, too. Those incidents involved American military personnel who, at the time it all happened, were stationed in the United Kingdom. Their primary role was to provide significant support in the event that the Soviets decided to flex their muscles just a little bit too much – or, worse still, planned on hitting the proverbial red button and ending civilization in hours. Maybe, even in minutes.

Reportedly, those U.S. personnel who were in the area and helped to protect the U.K., came face to face with something much stranger than the likes of a crashed Soviet satellite, a secret Stealth-type plane that malfunctioned and went off-course, or something similar to today’s drones – all of which have been suggested as potential candidates for the whatever-it-was that landed four decades ago. Some, though, are absolutely certain that unearthly entities were encountered: aliens from another world. But what if aliens weren't the cause of all the mayhem and trauma? 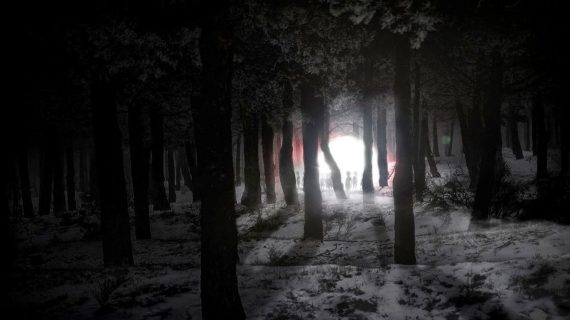 Over the years, Georgina Bruni - who wrote an excellent book on the case titled You Can't Tell the People - provided me with various data that related to a connection between the Rendlesham Forest experiment and scientists at Porton Down. Bruni was certainly not a full-on believer in the theory that the incidents in the woods were nothing but the results of top secret human experimentation. She stressed to me that she viewed the hologram angle as a theory to be studied. Georgina was, though, incredibly generous with her information on this angle - and quite open to sharing with me what she found concerning a secret, domestic explanation for Rendlesham. Even if she didn’t fully buy into it, Georgina was happy to help when and where she could.

In 1998, Georgina suggested to me I should also address the hologram-driven theory. The reason was because she felt there just might have been a possibility that the two were somehow interconnected. If you were to mix hallucinogens from Porton Down with military-created holograms – and add a degree of laser-guided ball lightning, too – from the perspective of the manipulated men in the woods it would have resulted in a spectacular double-whammy of tumultuous proportions. Not only did Georgina make that aforementioned suggestion: in January 2000 she mailed me a Word document that outlined her thoughts on all of this – and which, to a far greater degree, appeared later in her November 2000 book. In opening, she wrote to me, quoting from that same Word document: “According to Ray Boeche’s visitors, the Americans were studying Fourier’s transforms and David Bohm’s contemporary research which involved quantum theory.” 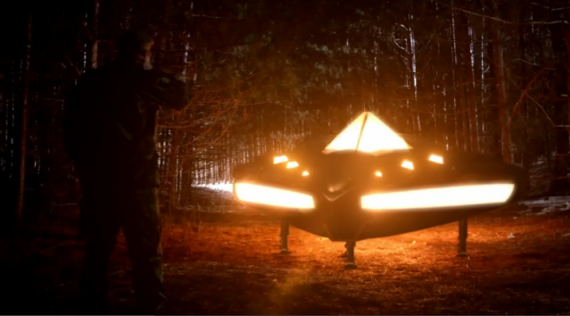 The Continuum Center states of the work of Bohm, a theoretical physicist who died in 1992: “Bohm suggests that the mental and the physical sides, which he sees as two ‘poles’ of a unified whole, are closely interlinked and that ‘at each level, information is the bridge or link between the two sides.’ A relationship between the mental and matter may exist at indefinitely great levels of subtlety, while nonetheless each kind and level of mind may have a relative autonomy and stability.”

This “mental and matter”-based top secret research apparently allowed those handling the program to quite literally give temporary physical substance to something that was created in – and interpreted in the depths of - the imagination. If it was a UFO you were primed to see, that’s what would manifest in hologram form. In many respects, this is not at all too dissimilar to the Tibetan concept of what are known as Tulpas and thought-forms. As I noted in my 2017 book, The Slenderman Mysteries: “In essence, it is the process by which the human mind can allegedly bring some degree of alternative, physical existence to an entity that is created solely within the depths of the imagination - and from within the dream state, too. And as unlikely as it may sound, each and every one of us may well possess the ability to give ‘life’ to certain ‘things’ that don’t exist in the same way that we do."

Georgina had much more to impart. In her raw notes mailed to me, she said: “If the Americans were attempting to electronically recognize frequency interference patterns in space with the aim of transforming the desired Fourier components into holographic images of a kind, could this have been what was seen in Rendlesham Forest? Was the UFO some kind of hologram? This is obviously what the researchers wanted Ray Boeche to believe. They informed him that every avenue was being explored and that the ‘Bentwaters experiment,’ the projection of a three-dimensional object which interacted with its environment, was created and controlled by individuals involved in this field of research."