An international team of experts created new reconstructions of two of our ancient ancestors – Lucy and the Taung child. The life-like reconstruction models were created from silicone casts and contained hair as well as skin pigmentation. They based the models on data collected by researchers over the years.

Lucy was a female adult from the Australopithecus afarensis species that lived approximately 3.2 million years ago in Ethiopia. Her remains are currently at the National Museum of Ethiopia in Addis Ababa. Interestingly, experts previously found an almost complete skull of an Australopithecus anamensis who was a relative of Lucy’s. And back in 2019, they revealed a picture of what the individual would have looked like about 3.8 million years ago.

The Taung child, who was just three years of age, came from the Australopithecus africanus species and died in South Africa around 2.5 million years ago. Only the skull of the child was discovered and is currently at the University of Witwatersrand in Johannesburg.

Previous visualizations of our ancient ancestors have been created but they often contradicted each other, so this time, the experts wanted to make sure that they got each fact correct. For example, “Many depictions of Lucy tend to show her alone in the wide savannah with her ‘husband’ and one or two children, while the empirical data available tell us that such a concept of a small nuclear family is actually a very recent construction of human history,” explained Dr. Rui Diogo who is from Howard University and an author of the study.

He went on to say, “Such biases and stereotypes are moreover particularly relevant because they are profoundly related to longstanding constructed narratives about our ‘cosmic purpose’ and about ‘progress’, which are in turn deeply linked to racist and misogynistic ideas and tribal concepts.” 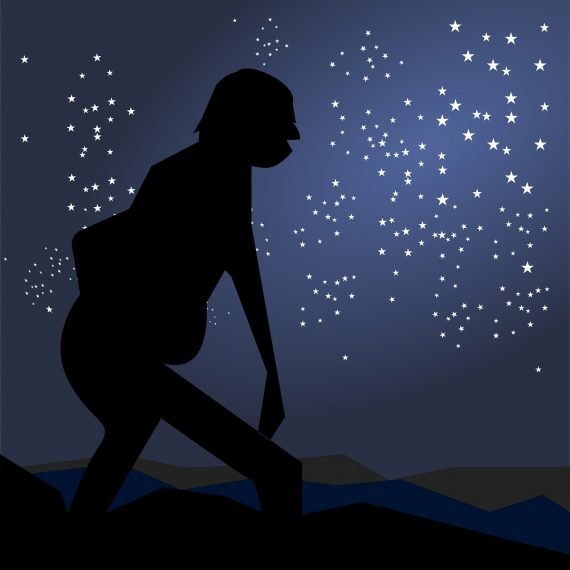 The new images showed detailed characteristics of each individual. The biggest difference between them was their skin color with Lucy being the darker of the two. “The color of the Taung child's skin was reconstructed to appear similar to modern Homo sapiens native to Southern Africa,” the researchers wrote in part, adding, “The decision to reconstruct the skin in this way is based on what is known about the function of epidermal melanin.” The new images can be seen here and here.

The study was published in Frontiers in Ecology and Evolution where it can be read in full.