In January of 2021, Oklahoma state representative Justin Humphrey submitted House Bill 1648 to designate an official Bigfoot hunting season in Oklahoma – a state ranked in the top 10 in number of Bigfoot sightings, especially in Humphrey’s southeastern district. The bill would set dates, licenses and fees for the Bigfoot hunting season, with much of the money generated – not to mention tourist dollars, lodge rentals, firearm sales, etc. – going to Humphrey’s district. The bill generated immediate attention by the national media and serious backlash from Bigfoot lovers, forcing Humphrey to backpedal fast, stating he was not interested in killing Bigfoot, just in generating revenue (obviously), promoting the state and giving families a fun activity – namely, capturing Bigfoot alive while enjoying a day in the woods. Unfortunately for Humphrey, his district and Oklahoma in general, Enid News & Eagle reports that House Bill 1648 failed to make it out of committee.

The bill may be dead, but Humphrey still wants that Bigfoot tourism money. He’s switched from the government to the state tourism office and is now promoting something called the “Sasquatch Quest.” As you may have guessed from his comment on its wording, the “Quest” doesn’t allow fatal or injurious hunting of Bigfoot, making it safe for humans on the quest as well. To entice Sasquatch questers, Humphrey kept one section of the bill – a $25,000 bounty for Bigfoot’s capture. Seeing a promotional tie-in, producers of an upcoming Hollywood Bigfoot movie pledged around $2 million, and a private business promised an additional $100,000. That puts the bounty at $2.125 million – better than many state lotteries and as difficult to win.

“It’s a lot of fun. I’m enjoying it. But at the same time, I know a lot of people thought I was crazy. But, I think if people chill out, (they could) see that this could be a serious deal bringing in a lot of money, a lot of tourism.”

Well, he’s right about the ‘crazy’ part, although many people used stronger words. However, he claims the tourism bureau doesn’t think he nor his Sasquatch Quest are crazy – HUmphrey claims it’s developing a Bigfoot promotional campaign that includes license plates, decals, maps to both Bigfoot areas and local businesses, an annual ‘commemorative’ tracking license and “Bigfoot checkout stations.” 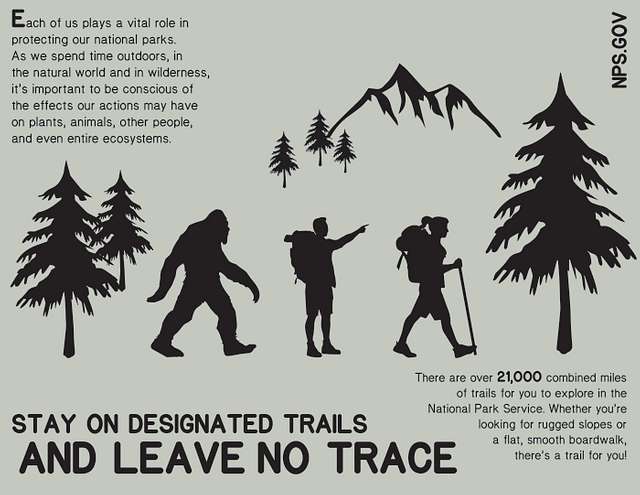 What about real hunters who want a Bigfoot strapped across the front of their truck and a head mounted over their fireplace? Those folks can go south to Texas, where hunting Bigfoot is legal year-round and there’s no limit.

Bigfoot checkout stations? Is there an express lane if you capture ten or fewer?