A mysterious and “massive” animal was captured on video walking through a farmer’s field in Flintshire, north-east Wales that could have possibly been the “Beast of Pontybodkin”.

Around 12:15 p.m. on March 1st, Stephen Wraight and his daughter Emily were out for a walk with their dog when they noticed the mysterious animal and decided to film it. Oddly enough, just before spotting the creature, the father and daughter were actually talking about the “Beast of Pontybodkin”.

The animal appeared to be a large black cat that was walking along the back of a field before heading towards a wooded area. Stephen believes that the animal could have been a panther instead of the common theory that pumas may be living in the area.

He described the animal as being approximately the size of a fox based on where he was standing which was about 800 yards away from it. “I’d say it was probably three times the size of my Jack Russell,” he explained, adding, “If it is a domestic cat, it’s the biggest one I’ve ever seen.”

In an interview with North Wales Live, he admitted that prior to his encounter he had been skeptical in regards to other massive cat sightings in the area. “We’d been laughing and joking ever since the first person made the first sighting a while ago.” “My daughter asked if I’d ever seen anything and I said I’ve been walking down there all my life and I’d never seen hide nor hair.” “And then all of a sudden, there is it - right in front of us.” “Had we not got it on film, I think I’d have thought I imagined it.”

Stephen went on to say that he did noticed large footprints in the snow that seemed a bit odd. “There were no human footprints next to them, so it couldn’t have been someone taking their dog for a walk,” he said. He reported his sighting to Puma Watch North Wales.

The video as well as a still photo of the animal can be seen here.

This was just one of several “massive” cat sightings in Wales in recent weeks. One example was a man named Jonathan Terry who was standing in his kitchen when he spotted a large animal walking near his backyard in Trelogan, Wales. He described the animal as being “...far too big to be a regular cat and was more like the size of a sheep or possibly bigger.” 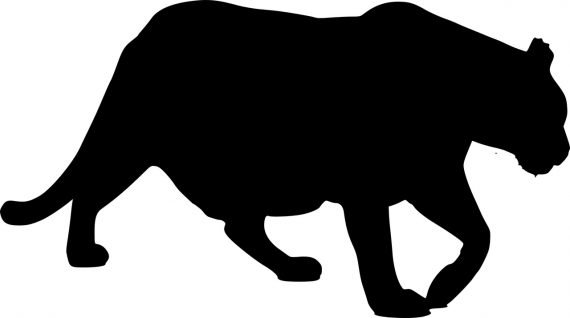 Prior to that sighting, a married couple were out walking when they heard a rustling sound in the woods and saw an animal around the size of a sheepdog. Their encounter happened just a few fields away from Jonathan’s sighting.

There have been several other sightings of large cats in North Wales in recent months which would suggest that they are in fact living and thriving in the area where they weren’t thought to have inhabited.

The Dark Story of the Gombe Chimpanzee War