A sure-fire way to start a debate among members of different generations is to discuss how much kids are getting these days from the Tooth Fairy when they leave their ‘baby teeth’ under a pillow. According to sources, there are now special pillows for the day, special pouches to put the tooth in, notepads for messages to the fairy and envelopes for the TF to leave the loot in. If you still remember when the exchange got you a quarter, you’ll be shocked to learn that the going rate is approaching 5 dollars per tooth. You could take your complaint to an actual ‘tooth fairy’, but she would be more likely to tell you about some 800-year-old chompers she recently analyzed to reveal the secret of the medieval monks they belonged to. Does the TF still leave money if the tooth owners are dead? 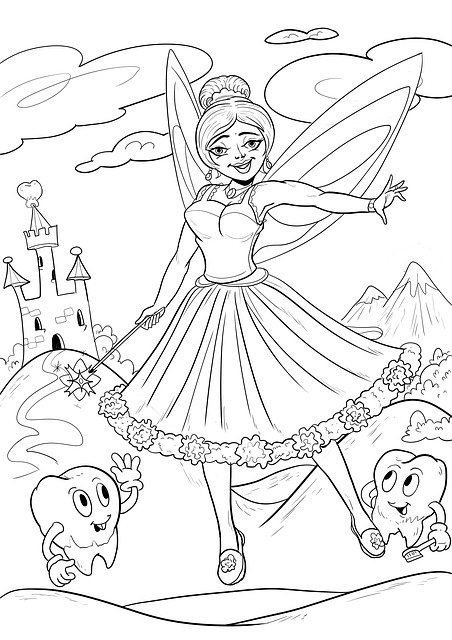 “Bones represent at best the last five years of your life but teeth record everything from childhood to early adulthood. We can see famine through changes where the body is recycling its own tissues, changes in diet, people who have migrated from one place to another. In some ways, teeth are like trees, in that as they grow, they lay down successive layers, which are then mineralized by the body. This happens during the period of tooth formation and into early adulthood. It’s fascinating to be able to discover the possible life stories of people who died 800 years ago, just by looking at their teeth.”

Santa Claus may know if you’ve been naughty over the past year, but the Bradford Tooth Fairy knows EVERYTHING you’ve ever done. She’s actually Dr. Julia Beaumont, a former dentist who is now a forensic archaeologist, lecturer at the University of Bradford, and the head of the Ethical Tissue and Bradford Tooth Fairy Projects, where she collects the teeth of children around the world to help identify dietary problems.

That same methodology works on 800-year-old teeth as well. According to a university press release on her new study, Beaumont was recently given two boxes of bones, ignored in storage for decades, that had been excavated in 1992 from St Stephen’s Chapel under the Palace of Westminster -- the current meeting place for the Houses of Parliament of the UK. Built as a royal palace in the 11th century, it was rebuilt many times, including after a major fire in 1834. The assortment of bones belonged to nine unidentified individuals who were probably monks or priests. Using micro-thin pieces of the teeth, the Tooth Fairy gave them detailed biographies.

“At least two of the individuals looked like they started out as lay children and then went into the priesthood. We see evidence of a better diet, especially fish.”

“Three of the individuals from St Stephen’s demonstrate this shift between the dentine formed in their childhood and adolescence and the later-forming bone, suggesting that there was a common difference between the diet of juveniles and adults during these periods, or that the physiological effect of growth is affecting the recorded (isotopes) in the collagen.”

“[Two of these] appear to have had relatively similar dietary life histories with low trophic-level foods in their childhoods, and a rise to a higher status diet at the age of about seven. This could be related to their education, or training for a clerical career and is consistent with a study of individuals at two friaries in northern England who show similar dietary shifts.”

So, how much would these monks have received from the ‘other’ tooth fairy had they put these teeth under their pillows? Based on their poor diets, probably not much – certainly not the $4.70 that is the 2021 average in the U.S. which is up 17% from last year. In 1998, the average was just $1.30!