It seems like there’s a religion for every person, and a deity (or more) for every religion. Those deities range from all-powerful beings to celestial objects to seasons to animals to visitors from other planets to Prince Philip. Yes, there’s a religion that worships Great Britain’s Duke of Edinburgh as their deity. Well, they did until learning that the 99-year-old husband of Elizabeth II was in the hospital. Now, plans are in place to move on to worshiping Prince Charles, royal son and next in line to the throne. Why did they worship Philip and what might Charles have to do to prove his godliness? (Remember Danny Dravot, Sean Connery’s character in “The Man Who Would Be King” taking an arrow to the chest and pulling it out?)

“One of the oarsmen taking them ashore was a chap from Tanna called Chief Jack. He thought Philip was a warrior from a long time ago who had come down from the mountains and gone off to England in search of a bride. The bride [he found] is Mrs. Queen, so Philip is the god.” 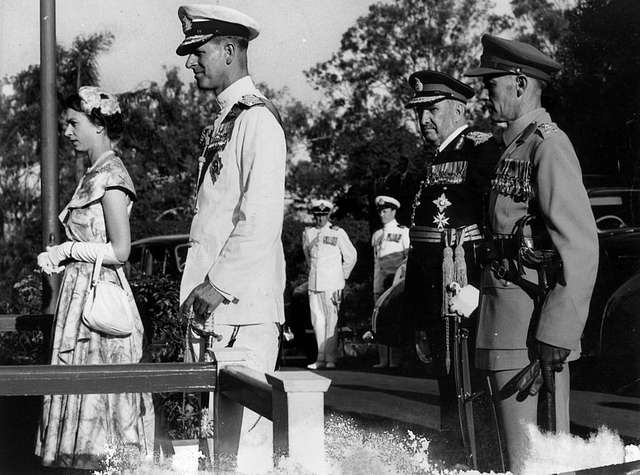 So began the Prince Philip Movement of the village of Yaohnanen on the island of Tanna, part of the archipelago of Vanuatu in the South Pacific. In 1974, it was still part of the UK, which made it the perfect resting place for a visit from its queen and her husband while on a royal yacht cruise. Jean-Pascal Wahé of the Vanuatu Cultural Center told The New York Post the brief version of a legend told by the island’s Kastom people of the of the Yaohnanen tribe who believed that a son of a powerful mountain spirit once descended from the wilderness to travel overseas to a faraway land in order to marry an influential woman and someday return to take care of them.

The “faraway land” and “marry an influential woman” parts matched Prince Philip, and after he left, the villagers decided he was their god and would take care of them. When Philip heard about this belief, he donated a sizable portion of his royal fortune to the village to care for them forever in his name. Gotcha! This is Prince Philip we’re talking about. He sent a portrait of himself to them, which pleased them so much that they sent him a pig-slaughtering club called a nal-nal, which pleased Philip so much that he changed his mind and sent the fortune for their care. Gotcha again! Prince Philip then sent them a another photo – this one of him posing with the club. The villagers turned both photos and a Union Jack flag into a shrine to Philip.

“They were hoping he would return in person, but the likelihood of that is now very unlikely. But they will imagine his spirit might come back to the island.”

Kirk Huffman, anthropologist and honorary curator at Vanuatu Cultural Center, told the Post that Philip never came back to his people, but Prince Charles did in 2018, spending four whole hours in Vanuatu. That was apparently enough to raise his esteem in the eyes of the Prince Philip Movement.

“A lot of people here will be worried when they hear. They have carefully preserved the Prince Philip Movement as one of their valuable cultural assets.”

Jean-Pascal Wahé says he’s telling the locals of the prince’s condition, and they will be grief-stricken and commence a series of ritual dances in his memory, with the hope that Philip’s spirit “will come to Tanna.” Even with his father still alive and in the hospital, this is good news for Charles. He may not ever succeed his mother as king, but Wahé says the Prince Philip Movement will continue with “Prince Philip’s successor, Prince Charles.”

Don’t get a big head about this, Charles … in the story by Rudyard Kipling, Danny Dravot became King of Kafristan, but his followers finally figured out he was a man and killed him – with only his big head, still wearing the crown, surviving as proof.

The Mysterious Tale of the Real Beauty and the Beast