Standing nine feet tall, the Shigir Idol is the world’s oldest wooden statue with 10 fragments containing carvings of geometric shapes (chevrons, herringbones, and zigzags) as well as eight human faces with slashes for their eyes. It was discovered in a peat bog back in 1890 by gold miners

In 1997, Russian scientists used radiocarbon dating to estimate its age as being 9,500 years old. Then in 2018, advanced technology tested the core of the wood instead of its surface and determined that it was more like 11,600 years old. And now, based on even more research, this humanoid-shaped sculpture is thought to be 12,500 years in age.

In an interview with the New York Times, archaeologist Thomas Terberger, who is the head of research at the Department of Cultural Heritage of Lower Saxony, in Germany, and the lead author of the paper, explained the art depicted on the sculpture, “The idol was carved during an era of great climate change, when early forests were spreading across a warmer late glacial to postglacial Eurasia.” “The landscape changed, and the art—figurative designs and naturalistic animals painted in caves and carved in rock—did, too, perhaps as a way to help people come to grips with the challenging environments they encountered.”

According to their research, the wood would have been at least 159 years old when the ancients started working on it for the sculpture. Terberger detailed this further, “The rings tell us that trees were growing very slowly, as the temperature was still quite cold,” and that the carvings would have began soon after the tree had been cut down. Additionally, based on how deep and wide the markings were, they would have been made by at least three sharp chisels.

As for what the carvings depicted, Svetlana Savchenko, who is the artifact’s curator and an author of the study, believes that the faces may have been in reference to ancestral spirits.

The detailed carvings provided new information regarding ancient hunter-gatherers in Europe and Asia. It was initially thought that they only drew hunting scenes and animals but the complex geometric shapes changed their previous theory. It is possible that most of “mobiliary art” (prehistoric sculptures) didn’t last long due to the materials that they were made with. For example, sculptures made from wood would have eventually deteriorated. 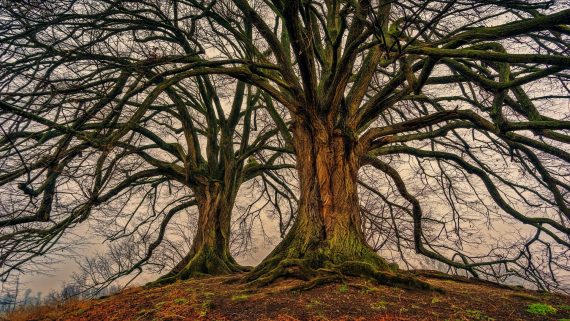 The paper describes this as it reads in part, “Wood working was probably widespread during the Late Glacial to early Holocene.” “We see the Shigir sculpture as a document of a complex symbolic behavior and of the spiritual world of the Late Glacial to Early Mesolithic hunter-gatherers of the Urals.”

In the future, experts hope to find more of these wooden sculptures, perhaps in the several peat bogs that have yet to be explored in the Urals. Pictures of the Shigir Idol can be seen here.

The study was published in Quaternary International where it can be read in full.

Crop Circles: Has There Been a Government Interest in the Controversy?