A little over a year ago, I wrote an article about researchers from the television series Expedition Bigfoot who captured a very interesting thermal video of what appeared to be a large ape-like/bipedal creature walking around in the woods.

After extensive analysis of the eDNA with software called metabar coding that matches the DNA sequences to thousands of known genomes, Miroslava Munguia Ramos, who is the project manager at the UCLA California Environmental DNA program, revealed the results, “...yes, we have detected human DNA in these areas, but we’re still seeing different primate DNA. There wasn’t just one human primate, there are several different primates, some sort of primate relative that exists in the data.” 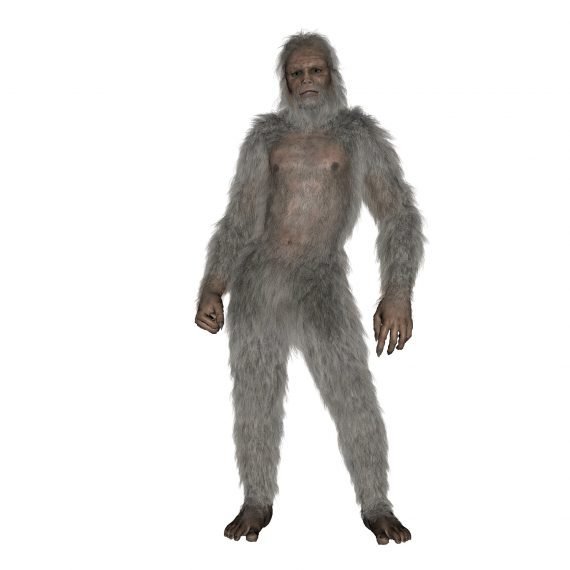 Ramos went on to explain, “Pan troglodyte is a species of chimpanzee, which you would not see in the areas you’re at. It’s a real head scratcher. It’s important to note that the higher the detection, the more confidence we can say that whatever organism, whatever taxonomy we’re looking at was apparent in the area. And in this case, we’re looking at the Pan genus, or the chimpanzee genus…. there’s 3000 reads.” Interestingly, Pan troglodytes live in the tropical forests of central Africa.

Primatologist (and part of the Expedition Bigfoot team) Dr. Mireya Mayor responded to the results, saying in part, “...The process of describing and confirming a new species is difficult. DNA is absolutely essential in the scientific community to prove that something is a new or recognized species. You have eyewitness accounts from tens of thousands of people who say they have encountered Bigfoot, some coming forward with blurry videos and photographs. But that is just not going to cut it. What we need is indisputable genetic evidence to really put this mystery to rest. And there’s no doubt in my mind that we are headed in the right direction.”

While this is incredibly exciting news, it still doesn’t conclusively confirm that Bigfoot actually exists. We’re in the same boat when it comes to the Loch Ness Monster as reports from about a year and a half ago stated that researchers from New Zealand collected over 50 water samples from Loch Ness Lake in the Scottish Highlands. The analysis of the water samples revealed that the monster was more than likely just a gigantic eel.

With that being said, there are still sightings of the Loch Ness Monster and there’s no doubt that there will be more Bigfoot sightings as well. The mystery of the two elusive creatures continues on...