Taking a Look at Mysteries of the Bloody Kind

Today's article begins with something none of us can live without: blood. Now, onto the category of Rh Negative. The most significant – and also deeply worrying – side-effect of being RH negative relates to the matter of pregnancy. Actually, it’s the one and only adverse side-effect: giving birth aside, being RH negative has no major, adverse bearing whatsoever upon matters relative to health. In fact, and as will become clearer in a later chapter, there may very well be notable benefits, health-wise, when it comes to being Rh negative.  For a pregnant woman who is Rh negative, however, the hazards can be both considerable and extremely dangerous. If a woman who is Rh negative is made pregnant by a man who is also Rh negative, the problems are non-existent and there is no need for concern: both individuals are wholly compatible with one another, the fetus will develop in normal fashion, and the child will be born Rh negative. If, however, the father is Rh positive and the mother is Rh negative, that’s where the problems can begin and the results may prove to be very different – and tragically so, too - as the developing fetus will be Rh positive. It is this latter issue that gets to the very crux of the problem.  As incredible as it may sound, the blood of an Rh negative pregnant woman can be completely incompatible with the blood of an Rh positive baby that she is carrying. Fascinating, and possibly dangerous, to be sure. It's rumored in the UFO research field there is a connection between the Rh negatives and the alien abduction phenomenon. 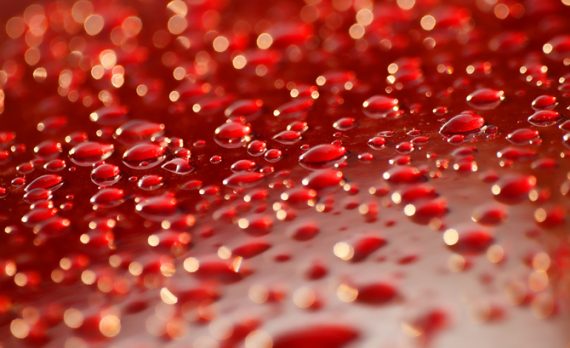 Mike Clelland is the brains behind the Hidden Experience blog. Clelland has experienced numerous strange phenomena – many of a UFO nature and directly connected to owls, and which also provoke thoughts of screen memories. Such is the extent to which Clelland has had these experiences, and has collected a mountain of similar reports from others, he has written extensively on this subject. But there is something else that is extremely worth noting, in regards to Clelland and his experiences. He said, in March 2012: "I just did a home test to determine my blood type. I am A Negative. That means I am Rh Negative. If anyone has been following what’s going on the UFO abduction research circles, you’ll know that blood type is now one of the questions that gets asked when interviewing a potential abductee. I just went to a UFO conference and everybody was asking each other about their blood type…The Rh Negative factor makes up approximately 15% of the world’s population. And, according to some researchers, 54% of UFO abductees have the Rh Negative factor." Clelland added: "Also, my father has O Negative blood, the universal donor."

Now, there's the matter of a certain, harrowing event from 1967. As The Mothman Wiki notes: "On the night of March 5th 1967, two workers in the local Red Cross Bloodmobile in Point Pleasant were chased by something in the sky. The van was being driven 21-year-old Beau Shertzer who was accompanied by a nurse. Their van was loaded with fresh blood and they were heading south on Route 2 along the Ohio river. First they sensed it then they looked out the windows and looked up. A large glowing object hovered over the Bloodmobile and lowered two long arm-like projections, one on either side of the vehicle. They saw the two 'claw like things' descending. The driver became alarmed and accelerated but the object remained with the vehicle and the arms appeared to be trying to pick up the whole Bloodmobile. Some traffic approached from the opposite direction and when the headlights appeared the object withdrew the arms and flew away." The rumor was that UFOnauts were looking for significant amounts of blood!

How about the controversy surrounding so-called "cattle-mutilations." Since at least 1967, reports have surfaced throughout the United States of animals – but, chiefly, cattle – slaughtered in bizarre fashion. Organs are taken and significant amounts of blood are found to be missing. In some cases, the limbs of the cattle are broken, suggesting they have been dropped to the ground from a significant height. Evidence of extreme heat, to slice into the skin of the animals, has been found at mutilation sites. Eyes are removed, tongues are sliced off, and, typically, the sexual organs are gone. While the answers to the puzzle remain frustratingly outside of the public arena, theories abound. They include extraterrestrials, engaged in nightmarish experimentation of the genetic kind; military programs involving the testing of new bio-warfare weapons; occult-based groups that sacrifice the cattle in ritualistic fashion; and government agencies secretly monitoring the food-chain, fearful that something worse than “Mad Cow Disease” may have infected the U.S. cattle herd – and, possibly, as a result, the human population, too.

From a 1978 case from New Mexico, we have this from the FBI that has a blood issue attached to it, as you'll see: "[A]four year old cross Hereford and Black Angus native cow was found lying on left side with rectum, sex organs, tongue, and ears removed. Pinkish blood from [illegible] was visible, and after two days the blood still had not coagulated. Left front and left rear leg were pulled out of their sockets apparently from the weight of the cow which indicates that it was lifted and dropped back to the ground. The ground around and under the cow was soft and showed indentations where the cow had been dropped." FBI files add on this grisly mystery: "Information furnished to this office by Officer [Gabe] Valdez indicates that the animals are being shot with some type of paralyzing drug and the blood is being drawn from the animal after an injection of an anti-coagulant.

Now, heading back in time: Panteon de Belen is the name of a cemetery which can be found in Guadalajara, Mexico. Just like so many cemeteries all around the world, it has a deeply sinister vibe surrounding it – one which still persists today, almost 170 years after it was built. Most of the residents of the cemetery do what they are supposed to do: namely, stay at rest. One, however, did not. In the latter part of the 19th century, one particularly restless character roamed the cemetery, something which led to horror and even death. Matters began when the blood-drained body of a woman was found, late at night, on nearby Nardo Street. Her body was found in an alleyway off the street, with nothing less than a savage wound to the neck – specifically to the jugular vein.

Bloody mysteries? To be sure!

“Ninja Giant” Could Be the Oldest Titanosaur Ever Discovered