Alien abduction cases have become so numerous that it is hard to even keep track of them anymore. Many of them follow the same beats as well, which can cause the effect of melding them all together until one doesn't know which one is which. Yet, there are some that stand tall above the crowd in their sheer, absurd bizarreness, and that is what we are here to look at. There are not many alien abduction cases that come away with hard evidence, but here we have one that not only produced evidence, but allegedly also a sample of alien DNA. Down the rabbit hole we go.

The man known as Peter Khoury came from Lebanon to Australia with his family in 1973, and he at the time already had an experience with strange UFO phenomena. In 1971, he had had his first encounter back in his home country at the age of 7, on a seemingly normal day when he was out playing with some other children. According to him, at some point he had noticed that the other kids had become somewhat frozen in time, like insects in amber or statues, and above them there had been hovering a mysterious egg-shaped craft. These kids would later wake from their frozen state with no memory of what had happened, leaving Khoury as the only witness to the whole outlandish thing. The incident would hang in the back of his mind for years, and it would seem that this would not be the last of his strange UFO experiences. 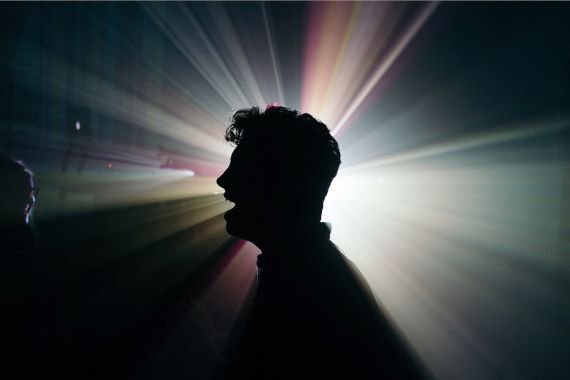 By 1981, Khoury had fully adjusted to his new life in Australia and had met his future wife, Vivian. The two dated for years, eventually marrying in 1990, but it was in 1988 that they would have a very bizarre shared experience of seeing a UFO, yet it would get weirder still. He claims that on the evening of July 12 of that year he had been lying in bed with Vivian and woke up with the sensation that someone was grabbing his ankles, after which he was suddenly paralyzed and unable to move. He then saw four dwarf-like hooded entities enter the room, accompanied by a taller creature with golden skin and oversized black eyes, this latter one approaching him to stick a needle right into his head. As the entity did this, it assured him that it would be “just like last time” and told him not to panic. Throughout it all, Vivian remained totally asleep and oblivious to it all. Khoury then lost consciousness.

The next morning, Khoury told his wife what had happened, and examining his head she found a spot of blood and puncture mark that corroborated his wild tale. It seems as if he was very confused at the time, having no knowledge of the greater phenomenon of alien abductions and so unable to come to terms with what was happening to him. This was the main thrust that pushed him into the UFO field, even inspiring to start his own contactee support group called the UFO Experience Support Association. However, for as bizarre as this all was, it was nothing compared to what was in store for him. 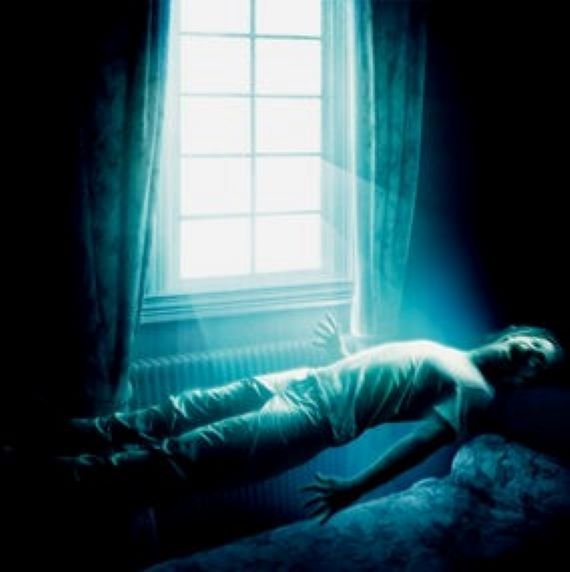 One evening in 1992, Khoury came home and lay down, as he was not feeling well in the wake of an injury he had sustained at work. He drifted off to sleep but was jolted awake to find two women sitting on the edge of his bed, one Nordic in appearance, one Asian, and both with oversized eyes, impossibly chiseled features, and incidentally both completely naked. The Nordic woman then apparently grabbed Khoury and pulled his face to her breast, and in his panic he bit her, taking off a piece of her nipple in the process, but this caused no bleeding or reaction of pain from the woman. She merely stopped her assault and the two women sat there watching Khoury as he experienced an intense coughing fit. He doubled over coughing, and at some point realized that the two women were now gone. Khoury then went into the bathroom coughing uncontrollably, and it was there where he would realize that he had the overwhelming desire to urinate, which was painful, and as he did so noticing that there were some blonde hairs wrapped around below down there. This was incredibly odd, as there was no way they should have been there, so he saved them in a plastic bag, convinced they must have come from the blonde stranger, who along with her companion he was starting to think had not been totally human. So far so weird, but it gets even weirder. All of this came to the attention of Australian ufologist Bill Chalker, who had a look at the hair himself and decided to pursue genetic testing on it with a group of scientists and forensic investigators. Chalker would say of the enigmatic hair:

I began an investigation into the hair sample, when biochemical colleagues agreed to undertake what was the world’s first PCR (polymerase Chain Reaction) DNA profiling of biological material implicated in an alien abduction experience. The analysis confirmed the hair came from someone who was biologically close to normal human genetics, but of an unusual racial type – a rare Chinese Mongoloid type – one of the rarest human lineages known, that lies further from the human mainstream than any other except for African pygmies and aboriginals. There was the strange anomaly of it being blonde to clear instead of black, as would be expected from the Asian type mitochondrial DNA. The thin blond hair, which appeared to have come from a light-skinned caucasian-type woman, could not have come from a normal human of that racial type. Instead, though human, the hair showed five distinctive DNA markers that are characteristic of a rare sub-group of the Chinese Mongoloid racial type. A detailed survey of the literature on variations in mitochondrial DNA, comprising tens of thousands of samples, showed only four other people on record with all five of the distinctive markers in the blond hair. All four were Chinese, with black hair.

We had the shaft with one set of DNA, and the root showing a different type, and we could not understand it. And eventually, we concluded that this seemed to be the result of some sort of advanced cloning technique. And also we had evidence in the nuclear DNA that this person who needed to hear I guess, you could say, had what appeared to be CCR five dilution factor, which is an interesting property, because it leads you to be perhaps impervious to things like smallpox and AIDS, that kind of thing. So that would be a very handy thing to have. But unfortunately, it’s not shared that widely around the Earth. They have this constellation of unusual DNA properties within one small hair sample. It was bizarre. To keep a very complex story somewhat uncomplicated, what seems to be suggested by the range of findings is possible evidence for advanced DNA techniques and DNA anomalies & findings, for which we are only now discovering or starting to make sense of in mainstream biotechnology. 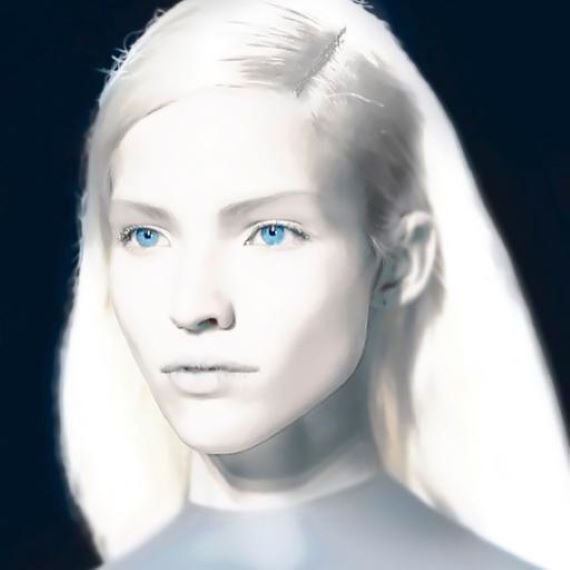 It is all pretty wild. A look through vast databases of DNA samples showed that no person with blonde hair could be found in Australia who shared these unique genetic characteristics, leaving it a mystery and potentially solid physical evidence of something very strange going on. What was going on here? Where did this hair come from and what does it all mean? Chalker himself would say of it:

Are we dealing with 'humans' from elsewhere, namely those with human DNA, albeit very rare and somewhat anomalous? This case raises all sorts of issues, such as human 'panspermia'" -- the theory that human-like beings may have migrated to Earth in the fairly recent past from elsewhere in the galaxy, perhaps giving rise to the sudden appearance of modern homo sapiens sapiens, a species not directly descended from their immediate predecessors, the Neanderthals. Also, given the Asian mongoloid connection, we looked at the problem of European-like rare Asian types in the past. The controversial saga of the Taklamakan mummies in remote Western China is turning the early history of China on its head. These mummies include people who are quite tall, some 6 feet or so, and some are blond. I'm not suggesting a connection here, but you can understand this investigation has opened up all sorts of interesting possibilities about the biological nature of some of the beings implicated in abduction cases. While such cultural and mythic connections are fascinating speculations, they provide for an interesting perspective on the many stories of Nordic type beings implicated in UFO abduction and contact cases.

Khoury would go on to have other abduction experiences, such as one in 1996 in which he woke to see small hooded figures seeming to pass through a mirror, after which they levitated him off the bed to pull him towards them before he blacked out, but nothing comes close to the story of the hair. In the meantime, the story was printed in an article in the Center for UFO Studies publication International UFO Reporter, entitled Strange Evidence, and Chalker included it in a whole book on cases like this, called Hair of the Alien: DNA and Other Forensic Evidence of Alien Abductions. Of course there is plenty of skeptical input on this all. Not only does the story not make much sense in some respects, but it does not seem that these scientists supposedly analyzing this purported alien DNA have ever come out officially to publish the findings in any sort of peer reviewed journal, and we obviously have not been hit with any news that alien DNA has officially been found. It all ends up another wild ride that leads off into the murk where we are not sure what is going on. Is there anything to this, or is it just a sensational yarn? Time will tell.

The Mystery of the “Black Helicopters”: UFOs and Cattle Mutilations