The Bizarre Phenomenon of Thoughtography

In modern times, photography is ubiquitous. Nearly everyone has a camera in their pocket at any given time, sharing photos and posting them to the Internet at a staggering rate never seen before. Yet what we take for granted today has a long, often strange history, with many detours along the way into the truly odd. One of these is the pursuit of the idea that photographs can be taken of mental images, pictures taken directly from the mind, and here we get into a truly strange phenomenon that is still discussed and debated to this day.

What is now known as “thoughtography,” also called "psychic photography," is in essence the concept that images from the mind can be projected outward to be imprinted onto photographic film or plate, or even other objects such as paper and even stone. Basically, it is the idea that mental images can be preserved upon certain medium just as surely as any other photographic process, and while it may seem far-fetched the concept has been around for a long time. The idea that mental images can be focused and transferred onto objects like this is not a particularly new idea, mentioned in one way or another from the 19th century. In as early as 1893 the famed inventor and innovator Nikola Tesla was talking of the concept, toying with the idea of creating a machine that would allow thoughts and images in the mind to be projected onto a device like a television. Tesla would say of his wild theory:

I became convinced that a definite image formed in thought must by reflex action produce a corresponding image on the retina, which might be read by a suitable apparatus. This brought me to my system of television which I announced at the time. My idea was to employ an artificial retina receiving an object of the image seen, an optic nerve and another retina at the place of reproduction‚ both being fashioned somewhat like a checkerboard, with the optic nerve being a part of the earth.

Tesla never did build his imagined machine, and at this time thoughtography was still rather obscure. In 1910, Tomokichi Fukurai, an assistant professor of psychology at Tokyo University, in Japan, would conduct experiments on what he called nensha, or "spirit photography,” with a group of allegedly psychic women who would go into trances and imprint images onto photographic plates, including shapes and Japanese writing characters. Fukurai would later call these images “thoughtographs,” coining the term, and although his work was never taken very seriously, mostly criticized as unscientific and even fraudulent, he nevertheless brought the concept to the public consciousness and launched its popularity. Regardless of whether Fukurai had really produced these mysterious images or not, many others would follow in his footsteps to try and create thoughtographs of their own.

One of the more well known cases of a supposed thoughtographer comes from the 1960s, when a hotel bellhop from Chicago by the name Ted Serios began claiming that he could use his power of the mind to produce images on Polaroid instant film. He claimed that all he needed to do was hold a small rubber or paper tubular device that he called a “gizmo” to his forehead and concentrate while aiming it at undeveloped Polaroid film. Serios also claimed that the images came through a “portal” in his mind, and that he didn’t actually see them when they were transferred to film. These strange claims caught the attention of Denver-based psychiatrist, Jule Eisenbud, who decided to test out Serios. Although Serios’ displays were very theatrical, and he usually got completely drunk before his demonstrations, dozens of alleged controlled experiments carried out by Eisenbud could find no evidence of trickery or fraud.

Eisenbud would come to the conclusion that Serios was the real deal, that his powers were genuine, going on to write a whole book about it entitled The World of Ted Serios: "Thoughtographic" Studies of an Extraordinary Mind. The book was a fairly big hit at the time, attracting a lot of publicity for Eisenbud and Serios, but it also attracted much attention from skeptics. It was thought that he was using sleight of hand tricks or a small lens with a photographic transparency attached or some other photo-altering device to the inside of the gizmo to create the images, and it was also argued that what he was claiming was physically impossible. In particular, Canadian-American stage magician and scientific skeptic James Randi, who made a whole career of trying to debunk paranormal and pseudoscientific claims, set his sights right on Serios, saying:

If Mr. Serios did not use a trick method, all the rules of physics, particularly of optics, everything developed by science over the past several centuries, must be rewritten to accommodate Eisenbud's opinion. No such revisions have been found necessary.

Whether his thoughtographs were real or not, they can be viewed at the Special Collections of the University of Maryland. In 1978 we have the case of the Japanese psychic Masuaki Kiyota, who claimed that he could project images from his mind onto film, among his many other purported psychokinetic powers. Kiyota would agree to be tested under strict laboratory conditions in London by Granada Television but he was unable to successfully demonstrate his supposed ability. He was able to produce some anomalous images, but only when he was left alone without control with the film for 2 hours. Hardly impressive, but he continued to insist that he could perform thoughtography, only that the power came and went, and that he no control over it. He would in later years eventually confess that his alleged thoughtographs were frauds. 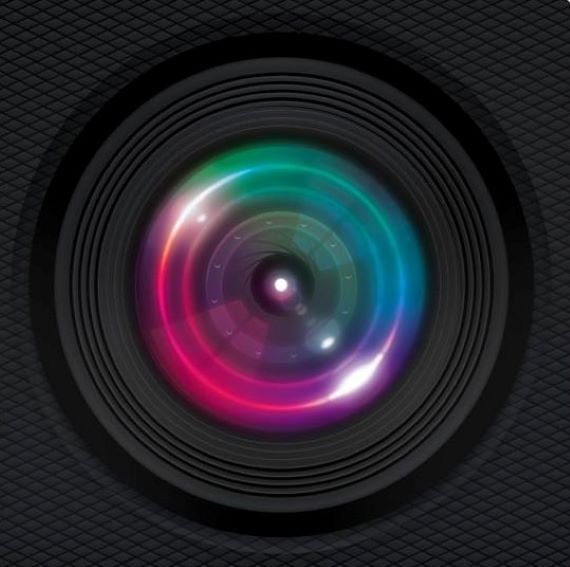 Another famous example of someone trying out thoughtography was the famed psychic Uri Gellar. In 1995, Gellar started to use a 35 mm camera with the lens cap still on in his performances, which he used to take pictures of his forehead as he visualized what he wanted to appear on film. The developed pictures showed anomalous blurry shapes and arrangements of shadow and light, but skeptics have claimed that Gellar most likely was using some hidden optical device or already exposed film to create an illusion. We are left to wonder if thoughtography could be real or if it is even possible. Skeptics claim that these images are the result of manipulation of the plates or film, double-printing, double-exposure and chemical screens, as well as film-processing errors, lens flares, flash reflections or chemical reactions, or other flaws of the camera or film, in many cases likely due to unscrupulous means. Yet, there are many images held up as possibly the real deal, so the mysterious art of thoughtography has not died. Is any of this really possible? Can thoughts be imprinted upon film, and if so, through what unknown processes do they do so? The answers remain unclear, and it is yet another chapter of strange phenomenon upon the landscape of the world of the weird.

Strange and Supernatural “Giants” in the U.K.