The Matter of Paranormal Mist and Fog – and of Strange Creatures

In May 2020 I wrote an article here titled "Freaky Fog, Mysterious Mist, and the World of the Paranormal." In the article I said: "As Linda [Godfrey] demonstrates on many occasions, where Dogmen are often seen, so are strange and usually small balls of light and mysterious mist. Attempts to photograph the man-wolves are foiled time and again by weird mists and fog that seem to envelop and cloak the locations – thus preventing anything of supernatural significance from being captured for posterity. Some of those mists are of an eerie green color and, on occasion, seem to be the cause of noticeable amounts of “missing time” on the parts of the witnesses. Or, as Ufologist Jenny Randles words it, the Oz-Factor." There are also the words of Stephen Wagner. He says: "One of the most mysterious examples of paranormal phenomena is strange fog or smoke. The appearance of such an unusual cloud – especially if it is strangely colored or has no apparent natural cause – may signal the presence of something otherworldly such as a ghost or a spirit. Mysterious fog and smoke are also associated with vanishings." Now, there's more on that mysterious mist. 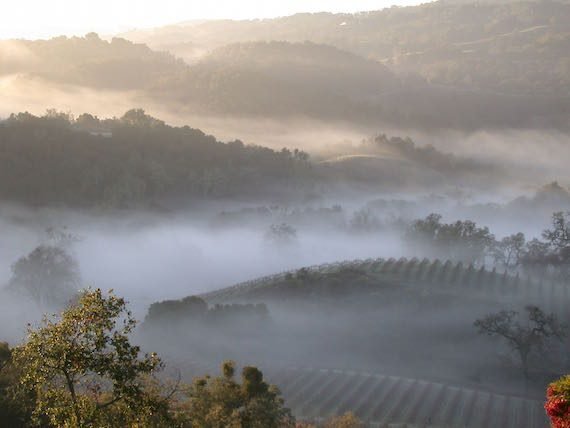 Just recently I had what some might call a coincidence and what others would term a synchronicity. Merriam-Webster say of this phenomenon that just about all of us have had at one time or another: "The coincidental occurrence of events and especially psychic events (such as similar thoughts in widely separated persons or a mental image of an unexpected event before it happens) that seem related but are not explained by conventional mechanisms of causality - used especially in the psychology of C. G. Jung." Now, we get to the point of this. I was reading an excellent book that addresses the stranger side of the Bigfoot mystery. The authors: the late Rob Riggs and Tom Burnette. Its title: Bigfoot: Exploring the Myth & Discovering the Truth. In the book, Tom brings up the matter of mysterious events involving cameras and photos. In relation to the Bigfoot phenomenon Tom said that some of his photos displayed what he described as "gas-like vapors or a mist." 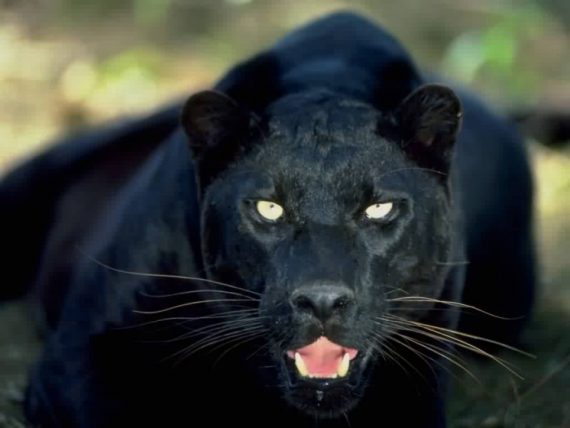 Now, just recently, too, I got an email from a woman in the U.K. who had a story to tell me of one of the nation's elusive "Alien Big Cats," or ABCs, as they are usually known. For decades, the land has played host to a decidedly mysterious and marauding beast. It has become known as the “Alien Big Cat,” or the ABC. Some cryptozoolgists and monster-hunters suggest the puzzle is an even older one, maybe even dating back centuries. Regardless of when, exactly, the controversy began, the fact is that, pretty much every year, dozens upon dozens of reports surface of large cats roaming the wilder – and sometimes the not so wild – parts of Britain. Very often, the cats are described as being huge, muscular and black in color. This has given rise to the term "black panther," which is actually incorrect, but frequently used by both the public and the press. It would be far more correct to suggest the creatures are probably leopards and jaguars displaying significant melanism – a condition in which there is an excess of a black pigment known as melanin. While some cryptozoologists take the view the ABCs are escapees from circuses, zoos, etc., some take the view there is a paranormal side to all of this. This brings me to Lisa Jackson, the woman who contacted me.

Lisa told me that she was driving through the U.K.'s Cannock Chase - a large area of woodland that has a long-history of strange activity. Bigfoot-type creatures, UFOs, huge wolves and more have all been seen there. Now, we can add Lisa's case to the growing list. She told me it was around 11:00 p.m. in November 2020 and she was driving along a road near the old Shugborough Hall when she saw a large, black cat (that she, too, referred to as a "black panther") walking along and covered in what she described as a thick fog. But, the weird thing was the fog was localized. Very localized: it was only around the ABC. Everywhere else was totally clear. Lisa slowed down and watched the huge cat vanish into the side of the road. What all of this means I really don't know, but it suggests that we need to take a careful look at the ABC phenomenon to a greater degree. It may not be what it seems to be.