There are many tales of hauntings throughout history, some which have gone on to be well-known and studied, while others seem to have mostly slipped through the cracks to become lost to the mists of time, only known in their own defined localities. It is often strange that such cases should become so obscure, as they usually are every bit as bizarre and puzzling as more popular cases of the paranormal, every bit as imbued with odd clues and eerie details. One such case happened in the wilds of Novia Scotia, Canada, where a quiet, content family was held under siege by fire-starting ghostly forces from beyond our comprehension.

Our tale here takes us to the quaint and isolated rugged wilderness of Antigonish County, in Nova Scotia, Canada, where in the early 1900s an Alexander and Mary MacDonald and their 16 year-old adopted daughter Mary-Ellen lived in a modest farmhouse homestead in the rural countryside of a community called Caledonia Hills. Here they lived a rather rough and simple existence, farming, raising cattle, living off the land, and facing often harsh conditions, but they were mostly content and happy. Then one day strange things began to happen around the property, beginning with anomalous things found around the farm. Cattle were found with their tails braided, ashes were found in stored milk, gates for the livestock would be found locked or unlocked, with sometimes the cattle released into the wild, and objects would go missing to reappear somewhere else, with no one able to figure it all out. At first this was all pretty innocuous and was merely considered odd, but the unexplained phenomena would graduate in intensity.

One day a fire broke out in the house, which was considered weird because no one could figure out how it could have possibly started. The location of the blaze was nowhere near a fireplace or a stove, no one in the house smoked, it was inexplicable. Luckily the fire was not big and they could quickly put it out, but over the coming months fires would burst up out of nowhere all over the house, including from the walls and in some cases even things that would not be considered flammable, such as wet clothes or towels. On many occasions these fires would allegedly materialize right before startled witnesses, with no discernible cause. Nevertheless, the family could only come to the rational explanation that an arsonist was at work. They set up a system where someone would stand guard at all hours and watch the house, but the fires continued, until there had been over 30 such blazes within just a year.

The frightened family decided to move out while they tried to figure out what to do, and in the meantime the story was being featured in the news, being rather sensationally called the “Fire Spook” and capturing the attention of author and paranormal investigator Arthur Conan Doyle, yes, that one, the author of Sherlock Holmes, as well as other investigators. In some cases, these investigators saw strange happenings with their own eyes. Among these was police detective Peachey Carroll, who claimed that he was slapped by an unseen force while in the home, as well as Harold Whidden, a reporter from the Halifax Herald, who also reported being accosted by unseen hands. 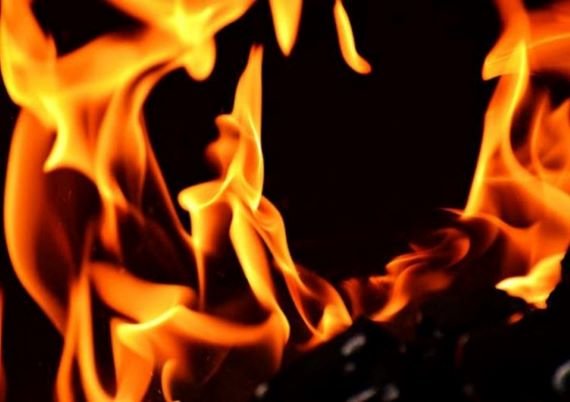 Another famous name who came to the home to check things out was the well-known paranormal researcher Walter Franklin Prince, research officer for the American Society for Psychical Research. Prince too would witness some eerie phenomena during his stay at the farm. On one occasion, Prince, the Macdonald family, and a neighbor named Dan Gillivray all witnessed the reporter Whidden go into a trance and begin mindlessly scribbling on paper for over 2 hours, allegedly possessed by the spirit, which admitted to starting the fires in the scrawled writing. Whidden would remember nothing of this when he snapped out of it. In the end, after investigating the property and interviewing the family, Prince came to the conclusion that the phenomenon was poltergeist activity actually emanating from the daughter, Mary-Ellen. He surmised that the adopted girl was projecting pent up angst in bursts of psychic force, however, as his investigation went on he began to have his doubts.

Prince started to notice that the burns were never found higher than the reach of a person five feet tall, and there were never any fires on the ceiling, and he also discovered flammable liquid hidden away in the house, obviously not meant to be found. Considering this, he began to suspect that indeed the phenomenon was coming from Mary-Ellen, but not from any psychic or ghostly force, but rather from her rebellious mind and her own hand. When he came out with this conclusion, Mary-Ellen vehemently denied ever having anything to do with the fires or the other phenomena that had been witnessed, saying:

I have never set fires. I have never untied the cattle in the barns. I never plaited the tails of the horses. I would have been afraid to. First they claimed I had a boyfriend--a sweetheart--who did it now they say I did it. I tell you I don’t care who Dr. Prince is. He ought to be ashamed of himself. 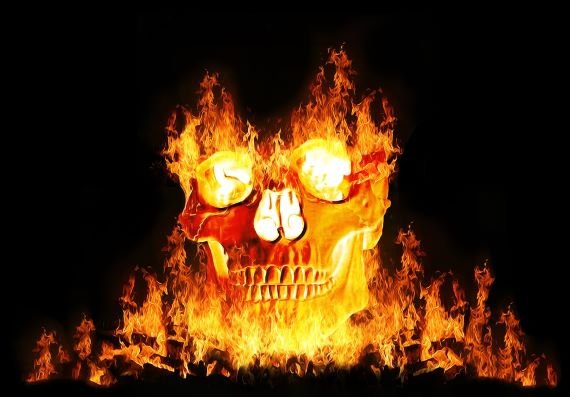 Indeed, even if Mary-Ellen had maliciously started the fires herself, this still didn’t explain the attacks by unseen hands or the weird trance Whidden had gone into, nor why people had apparently seen fires start right before their eyes. What was going on here? Prince chalked it up to hallucinations, which doesn’t make much sense since Whidden was a seasoned reporter and Carroll was a police detective. Whatever the case may be, the MacDonald family finally moved back to the farm and the phenomena started right back up again, with fires popping up and other paranormal activity just as before. From here the fate of the family is murky and the lore on what happened seems to diverge. By some accounts, Mary-Ellen went insane from the ordeal and was locked away in a mental hospital. Another popular tale is that the whole thing was not caused by a poltergeist, but rather a curse that had been placed on the family when they had denied a stranger shelter one cold winter evening. The case would go on to be written of by Whidden in his My Experiences at the MacDonald Homestead, and has also been covered in the book “The Fire Spook of Caledonia Mills, by N. Carroll MacIntyre, as well as Fire Spook: The Mysterious Nova Scotia Haunting, by Monica Graham. The house itself is no longer there, long ago torn down, but to this day there are reported strange phenomena from the property such as strange lights, noises, and apparitions, and the locals apparently steer clear of it. One researcher from Paranormal Investigations Nova Scotia has said of this:

Locals don't like this place - in fact while discussing it with several of them, it became clear that they were afraid of it. Many of them admitted that they would not drive past the road leading to it at night, and if they were walking by it during the daytime they would switch to the other side of the road until they were well past it. Many of the stories are of people going to the farm and taking pieces of the roof, support beams, and other household items as souvenirs only to have a fire start in their home shortly after. There is no longer any part of the farmstead left other than the foundation of the house and barn, and even these landmarks will be impossible to find in a year or two. I have also been told several stories from locals who have had their car die on them close to the road, with no clear explanation. Other people have talked about seeing a large black dog rushing at them, only to vanish as suddenly as it came. Still other people have seen the dog on their way back from the farm, dashing between the trees and watching them.

What happened here on this farm? What was the cause of these fires and the other strangeness? Were there mysterious forces at work, or was this merely the result of pranks and hoaxes? If it was something paranormal, then what was it? Was it a ghost, the out of control psychic energy of a troubled girl, or what? Unfortunately it seems as though we may never quite understand it all, leaving it as a historical mystery confined to the realms of speculation and debate.

Looking at the Alien-Human “Hybrid” Controversy