The Mysterious Moodus Noises of Connecticut

The village of Moodus, Connecticut lies in the town of East Haddam, and it is a sleepy, quiet rural place with a long history. The land was originally bought by settlers from the local Native American Algonquians in 1662 for about $100 in today’s money, which came in the form of 30 coats, so it was somewhat of a bargain, and after that it became a major producer of textiles, with over a dozen mills and often called the “Twine Capital of America,” producing vast amounts of cotton yarn, cotton duck, and twine. Yet lurking behind this prosperity is a persistent local phenomenon that long unsettled everyone in the area. You see, the landscape here had the unsettling habit of producing frightening, booming noises that the settlers could not understand and which had haunted the Natives for centuries. 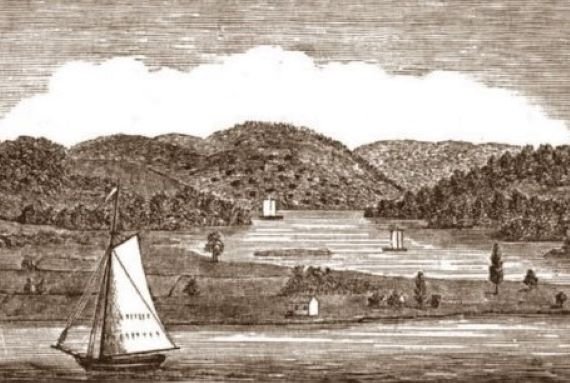 The land had since time unremembered been known for producing loud, rumbling or booming noises from the wilderness, sometimes also sounding like cracking, popping, or breaking rock, to the point that the very name of the place comes from the Algonquian name for the area Matchetmadosett or Matchitmoodus, literally meaning “the place of bad noises.” The Indians believed these weird sounds were coming from the god Hobomock, a great spirit who came in the form of a serpent and controlled darkness, disease, and bad weather, who dwelled within nearby Mt. Tom, which they believed to be hollow. The sounds were so persistent that the tribes supposedly had shamans whose lives were dedicated to trying to interpret what the god was trying to say and trying to appease him. The Natives believed that the god was trying to tell them something, and during times of especially fierce noises they would pray and offer up sacrifices. These noises could be heard for miles around, and would happen even in the clearest of weather, making them very frightening and enigmatic indeed. When settlers arrived, they too heard the strange sounds, which they would also describe like thunder, but also as sounding like pistol or cannon fire. A local reverend, Stephen Hosmer, would once say of the noises:

I have myself heard eight or ten sounds successively, and imitating small arms, in the space of five minutes. I have, I suppose, heard several hundreds of them within twenty years; some more, some less terrible. Sometimes we have heard them almost every day, and great numbers of them in the space of a year. Oftentimes I have observed them coming down from the north, imitating slow thunder, which shakes the houses and all that is in them.

Many of the early Puritan settlers to the area associated the sounds with the Devil, or conversely a sign of God’s power reminding them to remain humble. Others tried to get to the bottom of the phenomenon in a more rational way, coming to the conclusion that the sounds seemed to originate from underground in the vicinity of Mt. Tom. One idea was that they were perhaps sounds from the sea travelling through an underground cavern system, or that it was the sound of underground explosions of gases, but there were just as many superstitious people who thought they were the sounds of spirits or demons down in the earth, or that they were produced by witches or even the Devil himself. The noises would come and go, sometimes coming in quick succession over many days, and then at other times disappearing altogether for many years, and they always inspired fear and apprehension in the people who lived here. 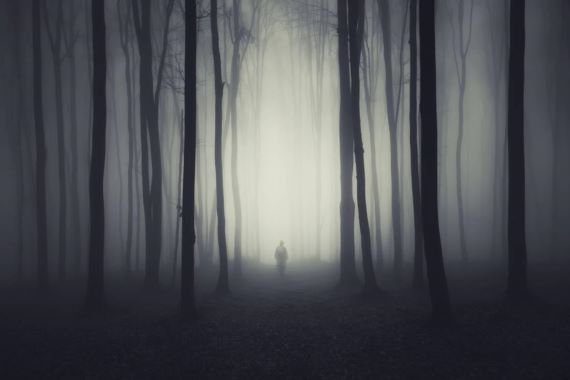 It is perhaps not surprising that legends even among the settlers would spring up around the Moodus noises. One popular one was that an alchemist by the name of Dr. Steele came to town one day in the 18th century and proclaimed that there was a great magical fossil called a carbuncle down within the earth that was making the noises. As proof he produced many glowing stones that he claimed were fragments of it. He went to work using his magic to remove it, but it was then replaced by a smaller one. Steele would announce that the noises would likely continue, but that they would be more subdued from then on, before vanishing into history. The noises became so legendary that they supposedly inspired H.P. Lovecraft when writing his 1928 story The Dunwich Horror, referencing what he simple calls “the noises” when he writes:

I my self did not more than a Fortnight ago catch a very plain Discourse of evill Powers in the Hill behind my House; wherein there were a Rattling and Rolling, Groaning, Screeching, and Hissing, such as no Things of this Earth cou’d raise up, and which must needs have come from those Caves that only black Magick can discover, and only the Divell unlock.

The mysterious sounds can still be heard on occasion to this day, and in modern times the go-to explanation has been that they are caused by earthquakes, in particular tiny, shallow earthquakes called earthquake swarms, which only range between a magnitude 1 or 2, barely noticeable but enough to cause disturbances down beneath the earth that could cause low frequency waves that cause the sounds. Although New England does not lie on an active plate zone, the mini quakes occur due to the release of stress of rock that was once smashed tightly together during the during the Paleozoic era 450 to 250 million years ago. This theory is based on the fact that the appearance of the noises seems to correspond with such seismic activity measured on modern equipment, although it is unclear why this would cause such dramatic noises, and indeed these earthquake swarms in the region also remain somewhat of a mystery. Whatever the cause may be, the Moodus Noises can be heard from time to time all the way up to the present, with the best place for hearing them said to be a place called Cave Hill. What causes these noises and why have they attracted so much lore and legend to them? It this just earthquakes or something else? Whatever the case may be, it has remained a curious local legend.

More on the Matter of Weird Phone Calls, M.I.B., and Strange Characters