The Mysterious Vanishing of the Martin Family

The phenomenon of people who have mysteriously gone missing without a trace goes back quite far into history. Every once in a while people just seem to step off the face of the earth to never be seen again, most of the time leaving strange clues and unanswered questions in their wake. Yet, while a single person going missing is strange, sometimes whole groups of people vanish without a trace, launching it further into the weird. One such case involves a family that piled into their car for a day trip, only to keep on driving right off the face of the earth and into the annals of great unsolved disappearances.

On December 7, 1958, Kenneth Martin, 54, his wife, Barbara Martin, 48, and their three daughters: Barbara "Barbie", 14; Virginia, 13, and Susan, 11, piled into the family’s 1954 cream and red-colored Ford station wagon in order to take a day trip out to the countryside of Columbia Gorge, not far from their home in Portland, Oregon. They had been planning to take in some nature and collect a Christmas tree and greenery for decorations, leaving their home at 1 PM and telling friends they would be home that evening. By all accounts they were in good spirits, and considering it was a nice day out at the time, there would have been no reason to suspect that this was anything other than a fun family day out, but the Martin family would never return.

When the Martins did not come home that evening and were still missing the following day authorities were notified. They managed to establish that the family had been seen at a gas station along their route and had been later seen leaving a restaurant in Hood River, Oregon, but after this their exact whereabouts remained nebulous. A search of the Martin home showed that everything was completely in order. There was nothing missing except for what they had taken on their trip, laundry was in the washing machine, the previous meal's dishes were in the sink, there was a substantial amount of cash in the house, and no sign that they had returned or that anyone but them had been there. It certainly seemed as if they had planned to come back. The Martin bank account also showed that no money had been withdrawn, nor had the credit card been used. It was as if they had evaporated off the face of the earth.

Since there could be found no reason at all for why the family would want to suddenly run away without any of their belongings or money, one of the first ideas police had was that the family’s car had somehow crashed into the Columbia River, based on some suspicious tire tracks that were found leading from a parking area to a cliff side, as well as paint chips that seemed to be from a car of the same make, model, and color scheme as the Martin car, but no sign of the actual car was discovered in the river despite intense searches. There was also no sign of the bodies, and no really hard evidence that this was the case. The United States Army Corps of Engineers lowered the level of the river by 5 feet near the Bonneville dam and used sonar technology to scour the river bottom, but found nothing.

Things were made more complicated when there were several balls dropped in the investigation. On the very same day the family vanished, an abandoned stolen white Chevrolet was found in the area of Cascade Locks, not far from where the Martin family were thought to have disappeared. The car was found to have been stolen in California, around 700 miles away, yet at first police made no connection between it and the vanishing. However, the next day the car thieves were found to be a Roy Light and another unnamed man, who amazingly were reported by a waitress as having been at the restaurant where the Martins had last been seen on the same day and at the same time the missing family had been there. The waitress would even claim that the two men had left at the same time as the family. Unbelievably, police decided not to pursue the matter, deeming it to have no significance, and the two men were not questioned in connection to the Martin case. There was also a woman’s glove found near the car, but this was not pursued either. Making this even more suspicious was a .38 Colt Commander handgun that was found stashed in the bushes near the abandoned car, complete with dried blood on it, as if it had been used to club someone with. Rather strangely, this gun would never be processed as evidence, and police would not investigate it. 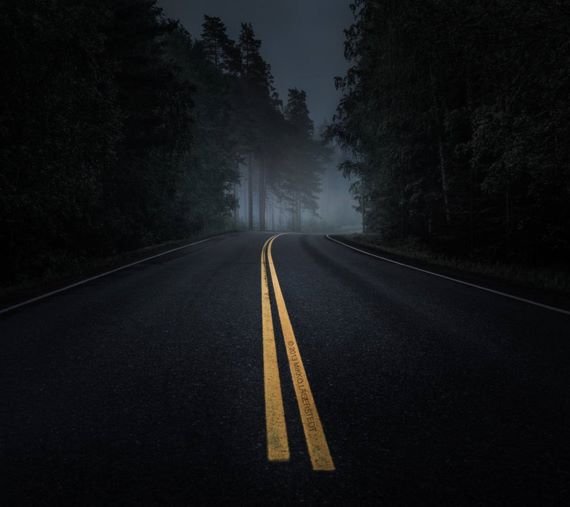 In February of 1959, new evidence would arrive in quick succession. One was a report from a river drilling rig near the site of the tire tracks would hook into something heavy on the bottom, possibly metallic, but lost whatever it was in the deep, fast moving water. Not long after this, the bodies of Susan and Virginia were tragically found dead downstream on the shores of the Columbia River, and although the bodies were decomposed beyond recognition, the coroner determined that the cause of death had been drowning. Oddly, the two bodies were found 30 miles apart from each other, and the body of Virginia had a hole in the head, its cause never determined. Nevertheless, to police, this was very strong evidence that the car had indeed entered the river, but not everyone was so sure. One detective that suspected something fishy was going on was Walter Graven, the Multnomah County detective in charge of investigating the Martin case. Graven did not buy the theory that this had been an accident. Rather, he was convinced that some sort of foul play was involved. The idea that the car had gone over the cliff to disappear so thoroughly, added to all of the other disparate clues, did not add up for him, and Portland author JB Fisher, who wrote a book on the case called “Echo of Distant Water: The 1958 Disappearance of Portland’s Martin Family,” has said of this:

The sheer number of coincidences in this case. I am certainly aware of Occam’s Razor and agree that the path of least speculation is usually the most likely. However, in this case, trying to stick to the accident theory is actually the tougher path. Any one element would not be enough on its own, but taken in totality, it’s another story. That was Graven’s main point all along. If the car did go over the cliff downstream from The Dalles, there is a pretty finite area where it would be. Finding the car is the most important aspect of the search. Granted, the river in that section is very deep (in places nearly 160 feet deep) and the bottom has boulders, overhanging rock, and even caverns. While the currents are strong, the fact that it is so rocky would have kept the car from moving too much.

Graven continued to pursue the foul play angle, turning up some interesting clues in the process. He would trace the gun that had been found near the abandoned stolen car back to a department store called Meier and Frank, which in and of itself is not so odd, but Graven uncovered more. It would turn out that the only surviving member of the Martin family, oldest son Donald Martin, who was working at the New York Navy base at the time, had once not only worked at that department store, but had been accused of stealing that very same gun. A little digging also brought to Graven’s attention that Donald had been on rather bad terms with his family, and not only that, but he had not joined the search for his family and had not even attended their memorial service. Graven contacted Donald by phone, during which time Donald said, “I know of no one who would murder my folks or no reason for it but I don’t see how it could have been an accident.” This was all seen as highly suspicious, and Graven considered Donald to be a suspect, but there was never any solid evidence to prove it, Donald Martin was never arrested or charged with anything to do with his family’s disappearance, and he died in 2003 to take any secrets to the grave with him. 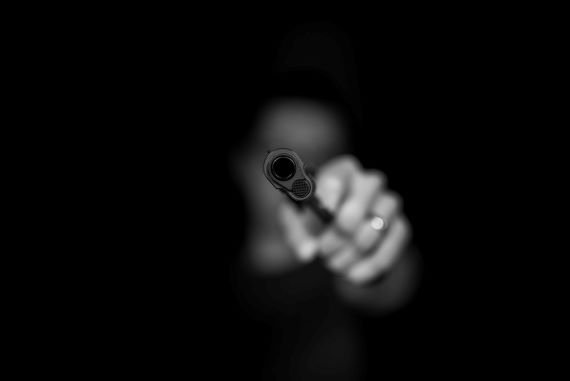 Graven was never able to solve the case, and it was an obsession for him for the rest of his life, haunting him right up to his death in 1988. In later years there were a few more river search efforts, but these never turned up anything. The case was sort of abandoned after a while, and the remaining family members have never been found, nor has their car. Considering that at the time it was one of the biggest searches and manhunts Oregon had ever seen, it is curious how obscure the Martin case has become and how swept under the carpet it seems to be. When asked in an interview why the Martin case has been so ignored in comparison to more famous cases from the Northwest, JB Fisher has said:

I don’t really have a good answer for that. In 1958-59, this was a huge news story. For almost a year, it received nearly daily coverage in The Oregonian and the Oregon Journal. When Ann Sullivan and Margie Boulé covered the story (for The Oregonian) in the late ‘60s and ‘90s respectively, there was renewed interest. One explanation might be the sheer complexity of the case. Unlike D.B. Cooper, which at least has a somewhat clear beginning and middle (but no definite ending), the Martin family case is uncertain at every turn and every question has been unanswered — where they went, what happened to them, why the case was not solved, etc.

This is another point of contention in the case, Why was it all sort of quietly dropped and why was so much potentially important evidence and information never pursued? Was there some sort of conspiracy going on here, and if so, why? Whether there was any conspiracy or not, we are still left to wonder how this happy family could just go out on a happy trip and never come back. Was this an accident, murder, or what? Why were the two bodies of those daughters found and what was the meaning of the hole in the head? How could so many people and their car go so completely missing? At this time, no one knows the answers to any of these questions, and we quite likely never will.

The Early Years of the UFO Phenomenon: How it Started