The Strange Mystery of the “Michael Teachings”

One area of the paranormal and unexplained that has remained popular and firmly entrenched within the field is that of spirit channeling. It involves acting as a sort of conduit for forces beyond our understanding, bringing their messages from beyond the veil of reality as we know it through the use of various methods, such as going into trances to allow them to speak through us, using automatic writing, in which they write through our hand, Ouija boards, and others. Channeling has allowed people to purportedly get into contact with ghosts, spirits, demons, and others, with one very peculiar case being a group of people who managed to establish communications with a mysterious entity known only as "Michael."

It started with a Ouija board session. Back in August of 1973, Sally Jo "Sarah" Chambers was living in Oakland, in the San Francisco Bay Area of California with her husband, Richard Chambers, the two of them involved with studying the teachings of the Russian philosopher, mystic, and spiritual teacher George Ivanovich Gurdjieff. These teachings were mostly based around the idea that most humans are wandering through life in a sort of waking sleep, never achieving full consciousness or realizing their full potential until they woke up using various practices Gurdjieff called “The Fourth Way.” Sarah and Richard were avid followers of these new age teachings, and in their quest to learn more and find a better way through which to reach this promised enlightenment, in the early 1970s they began holding a study group devoted to more advanced studies at their home with a small group of friends. It was at one of these meetings that they got the idea to try using a Ouija board, which would lead them to allegedly coming into contact with an ethereal intelligence that would change their lives and those of many others.

In August 12 of 1973, they had their first session, and at some point they were supposedly contacted by an enigmatic entity calling itself simply “Michael.” He, it, whatever you want to call it, claimed that he was not a ghost or spirit, nor was it and angel or God, but rather a “fragment” or piece of a larger, supreme higher intelligence on another plane of existence. Michael seemed to know many things, at first answering simple questions, always flatly and without passion, almost like a robot, but he also proved to know even secret or personal details, and the information he gave became deeper and more philosophical. And so the group began having regular sessions with Michael, uncovering more on what he claimed to be the ultimate truth of reality and the human soul. 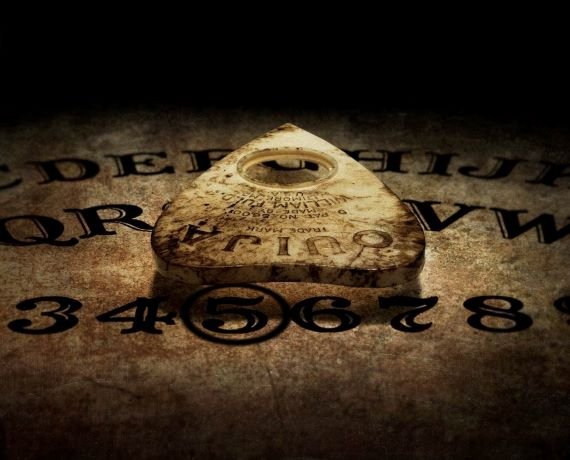 One of the main points Michael frequently talked on was the process of reincarnation. According to him, a human soul “enters the physical plane as many times as is necessary to experience all aspects of life,” each time becoming wiser and getting closer to transcendence, the consciousness evolving through each lifetime. When the time comes, the soul then exits this ongoing cycle of birth and rebirth to join a collection of souls that form one “entity,” of which one soul is just a fragment of a collection of around 1,000 other souls that form a collective, single integrated whole, a higher intelligence greater than its parts, each individual soul like cells in a greater organism. Michael himself claimed to be a fragment of one of these entities, and he would explain of their nature and mission:

The name we are called is Michael. That is a convenience and not a truth. Only a small fragment of this entity had that name. We are integrated fragments of a larger entity and we come to you from the Causal plane (a non-physical plane of pure intelligence and thought). We have been artists, bankers, barters, barristers, comedians, cemetery guards, dilettantes, governors, guards in many shapes and sizes, grave diggers, horsemen, jugglers and clowns, lute players, maids, mercenaries, merchants, misanthropes, military strategists, noblemen and women, peasants, priests, prostitutes, rebels, revolutionaries, robbers, students, teachers, temptresses, viceroys, waifs, and witnesses to the most unspeakable acts of cruelty and to the most loving acts of kindness and devotion.

We offer a way to human understanding based on our own experience, first as humans ourselves in both tranquil and troubled times and now as the reintegrated fragments of a Causal body no longer alive as you know it but still with keen awareness of what being human entails. We have communicated this way for approximately 100 years. Our purpose is to teach some understanding of evolution on the physical plane so that a student can reach some insight into human behavior which will enable him then to stop brooding over interpersonal relationships, or the lack thereof, and concentrate on personal life plans.

Indeed, Michael typically referred to himself as “we” or “us,” as a plural, and it was supposedly our ultimate form, our human lives merely a sort of chrysalis or larval stage, so to speak, inching towards our ultimate true form. As the sessions continued, the knowledge Michael gave expanded, all of it transcribed by the group secretary, Alice Hannah. This information, which they called “The Michael Teachings,” encompasses a wide variety of spiritual and esoteric knowledge. Among these is the continual focus on unconditional love, seen as the key to deeper self-awareness, as well as experiencing as much as one can in one lifetime and living without regrets that will follow one into their next iteration. As the group expanded, these teachings spread out to other places, with others starting their own Michael study groups, while at the same time more people began to claim that Michael was channeling knowledge through them as well. At one point there were an estimated dozens of Michael channels, possibly many more. 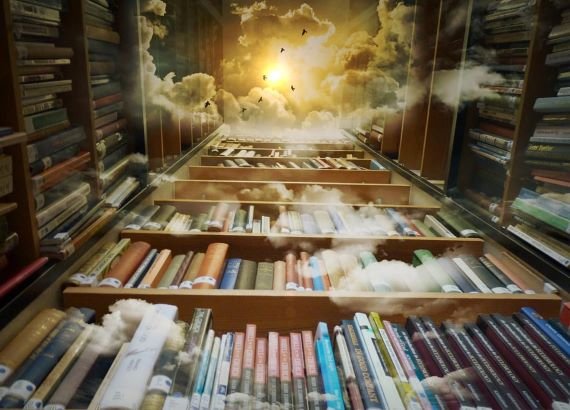 The movement became even bigger still when the transcripts of the original Michael sessions were published in book form in 1979 by the author Chelsea Quinn Yarbro, who was given the transcripts by Sarah to write the book Messages from Michael, which would spawn a series of three additional books after that. These books propelled the Michael Teachings into the mainstream consciousness, sparked the formation of even more groups devoted to the new age philosophy, brought tons of people claiming to be able to channel Michael out of the woodwork, and the books were even translated to other languages. It was a phenomenon, raising awareness of the practice of channeling and by far one of the best-known examples of channeling during the 1970s and early 1980s. Interestingly, even as what she started became so popular, Sarah Chambers herself began to drift off to other interests, stopping her own group to pursue other things. She would say of this:

Our meetings in the beginning — and I'm sure Alice and Dick feel this way too — were fun and they were like big family gatherings. Quite often, there were 18-20 people staying here at the house on the weekends for mega-sessions. No money ever changed hands, since Michael always said the teaching would pay for itself. Then, in 1976, the atmosphere changed ... I just lost interest, that's all and went on to other things. I miss the camaraderie very much. There was a tightness in the group that made it stick together. We came to the meetings, whether they were here or at Alice and Dick's, with potluck dishes and stayed until early in the morning. Those sessions went on for many hours with breaks for dinner and, sometimes, breakfast.

She would in later years sporadically join Michael conferences, but was never fully active with her group again, yet by this time the whole Michael phenomenon had already taken on a life of its own, with others taking up the reigns and guiding the movement even without her involvement. Sarah Chambers had created something that resonated with people, helping it to endure on all the way up to this day. The Michael Teachings have never really stopped. At present there can be found many study groups all over the world, as well as plenty of people claiming to be able to channel the same entity, and their literature has expanded into three more volumes in a series called Michael Speaks: The Legacy of Sarah Chambers, published by the Center for Michael Teachings. It all remains one of the longest running and most recurring channeling phenomenon known, inspiring endless discussion, debate and reflection, and we are left to wonder about it all. What is Michael? Is he even real in any sense at all or is this just New Age mumbo jumbo and cultish fraud and trickery? Plenty of people seem to believe there is something to this, and the mystery remains.

More on the Mystery of Wild Animals in the U.K.