The Strange Mystery of the Time Cube

There have long been people who have stepped out of the shadows to claim that they have the answers to it all. These are the individuals who come forward with amazing promises that not all is as it seems, and that even reality as we know it is an illusion. Such individuals are many, and whether you call them crazy, cult leaders, or secret geniuses, they all think they have it figured out. One such person came onto the scene in the 1990s, with radical views on the nature of reality and claiming the ultimate answers of the universe, while creating a website for it all that has remained a perplexing enigma to this day.

In 1997, a very bizarre webpage began capturing the attention of people all over the Internet. Created by a former electrician by the name of Gene Ray, the page itself was a rather gaudy, sloppy affair, amateurish in appearance, with a single vertical center-aligned column of body text in various clashing sizes and colors, with random capitalization and font changes and headache inducing oversized HTML text with occasional jarring diagrams that all seemed to go on and on without end. By appearances alone, it would be something that most people wouldn’t even look twice at, but it was what was within these seemingly never-ending pages of scrawling text that began to get people talking. You see, Ray claimed on the page that he had come up with a “theory of everything,” and a new theory of time and space that he claimed proved that much of what is considered to be science fact and is taught to us is false, that all of modern physics and education is all wrong, and part of a conspiracy in academia to hide the true reality of our universe. He called it all “Time Cube,” and boy is it a rabbit hole of weirdness.

When talking about Time Cube, it is hard to know where to even start. One of the main foundations of his whole bizarre theory is that time as we know it is wrong and that Greenwich Time is a global conspiracy, with the reality as we know it by extension being false. He proposes a completely new mathematical model of time, stating that we are not actually living within one day, but rather four days occurring simultaneously within a single rotation of the Earth, which he calls “Nature's Harmonic Simultaneous 4-day Time Cube.” According to him, the four corners of the day are midnight, 6 AM, noon, and 6 PM, which create a unique synergy, with the time-space continuum as a whole divided into four classes, which he refers to as “cubic time.” It is all pretty hard to wrap one’s head around, but the site itself said of this basic concept:

When the Sun shines upon Earth, 2 major Time points are created on opposite sides of Earth – known as Midday and Midnight. Where the 2 major Time forces join, synergy creates 2 new minor Time points we recognize as Sunup and Sundown. The 4-equidistant time points can be considered as Time Square imprinted upon the circle of Earth. In a single rotation of the Earth sphere, each Time corner point rotates through the other 3-corner Time points, thus creating 16 corners, 96 hours and 4-simultaneous 24-hour Days within a single rotation of Earth – equated to a Higher Order of Life Time Cube. If Earth stood still, it would have mid-day, mid-night, sun-up and sun-down as 4 corners. Each rotation of earth has 4 mid-days, 4 mid-nights, 4 sun-ups and 4 sun-downs. The sixteen space time demonstrates cube proof of 4 full days simultaneously on earth within one rotation. The academia created 1 day Greenwich time is bastardly queer and dooms future youth and nature to a hell. Ignorance of 4-day harmonic cubic nature indicts humans as unfit to live on earth.

Are you with me so far? In Ray’s overarching theory, the number 4 pops up frequently, as he considers it to be the supreme number of the universe, and that it can be applied to all sorts of things. For instance, the four corners of a person's lifetime are baby, child, parent, and grandparent, the four corners of a person's head are the face, two ears, and back of the head, the four corners of the year are the four seasons, and on and on its goes. He also talks quite a lot about the importance of opposites, which he calls “antipodes,” postulating that all things have a irreconcilable polar opposite, and that these two things are “binary” and in constant flux. Part of this concept involves the two opposite poles of the Earth, which he claims are actually rotating in different directions. This is all related to what Ray calls “Zero existence,” because the two opposites cancel each other out to leave us living in a zero state, something he thinks prevents the "queer singularity that the educated stupid believe in.” Ray calls the accepted scientists and academics of the world, or indeed anyone who doesn’t believe in his cubism “the educated stupid,” and their accepted view of reality a conspiracy he calls the “singularity brotherhood.” Everything to him must exist as a dichotomy, and therefore any singular entity, including in his view God, is by its very nature abhorrent. Rather dangerously, Ray uses his theory of dichotomies to criticize religion in general and to make numerous blatantly racist comments throughout his whole ranting jumble of text. For instance, he claims that the four points of race on the cube are white, Asian, black, and brown, and that since they are on opposite ends of the spectrum they are unable to ever reach a harmonious balance. 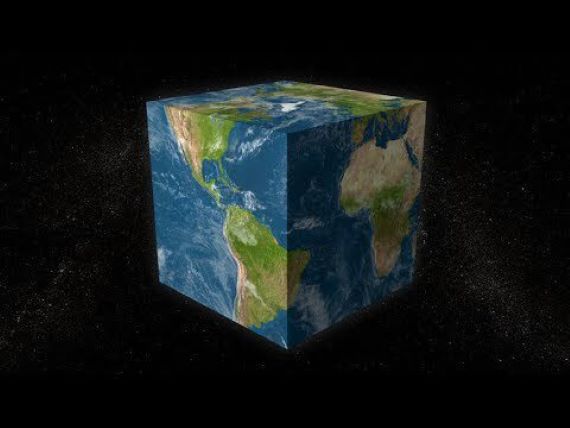 If you don’t understand any of it, don’t worry, nobody really does except for Ray himself, but it is all presented with so much authoritative fancy jargon and dense technobabble and pseudoscientific nonsense that it gives the illusion that it must hold some truth or meaning within its mesmerizing incomprehensibility. It seems as if this stuff is so cryptic and dense as to be immune from any attempt to actually rationally analyze it. Indeed, Ray would have you believe that you are stupid if you can’t understand it, describing himself as a "godlike being with superior intelligence who has absolute evidence and proof" and saying that his own wisdom “antiquates known knowledge." How can you argue with that? It is this baffling rabbit warren of bonkers ideas and his strong claims of total authority on the matter that caused it all to gain so much attention when it was first published online, and people weren’t quite sure if it was a joke or if the guy was serious. Whole forums and other sites sprang up in Time Cube’s wake, fueling endless debate and efforts by people to pick through Ray’s words and try to decipher it all, mostly without success. In the meantime, Ray taunted those who would doubt him by offering a $10,000 reward for anyone who could disprove his theories, which is hard to do when no one can really agree on what he was trying to prove in the first place. In the meantime, Ray also made videos and even gave a speech at the Georgia Institute of Technology in April 2005, in which he ranted and criticized the academic community and mainstream science.

The site would go on for decades, evading all attempts to decipher it or understand it in any meaningful way, becoming an Internet legend in the process, before Ray's website domain names expired in August 2015 and it all went offline to leave behind more questions than answers. There have been many theories proposed on what Time Cube really was. One is that it was sort of a running joke or a surreal art project, and that Ray never took any of this nonsense seriously at all. Another is that it was all indicative of a seriously disturbed and delusional individual who possibly had serious mental problems, with one web critic saying of Time Cube, “As the length of a webpage grows linearly, the likelihood of the author being a lunatic increases exponentially.” One other intriguing idea was that perhaps Ray did this as a sort of puzzle and thinking exercise to make one use critical thinking skills. The RationalWiki explains this possibility well, saying:

If Ray was serious with his site, and wasn't mentally disturbed, it is possible that the entire site was a lesson in not merely accepting what you are told and taught at face value. By merely considering his half-baked idea of 4-corner days and cubic time, even though it is complete nonsense at first sight, you are exercising critical thinking skills. If anyone does take this moral lesson from the site, however, the evidence (Ray's personal appearances, and the less-than-subtle racism) seems to suggest that it was probably not intentional on the author's part. A deconstructionist treatment of Time Cube would be a real hoot. 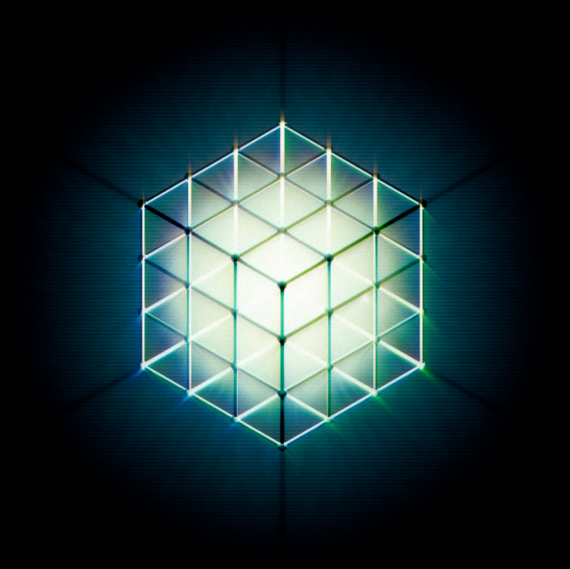 Ray’s story and his outlandish site have been made into several documentaries. One is Above God, by Brett Hanover, which won awards for Best Documentary at the Indie Memphis Film Festival and the Atlanta Underground Film Festival, and another is an 18-part doc called “The Dr. Gene Ray Time Cube Experience,” by Richard Janczarski, who was at one time the owner of the first and largest fan site for the Time Cube, called Graveyard of the Gods. Unfortunately, Otis Eugene Ray died on March 18, 2015, at age 87, meaning we will never know just what his intentions were, or what Time Cube actually means. And so it has remained a pervasive Internet mystery to this day, with people still poring over screenshots and archived examples of the Time Cube site trying to make sense of it all. What was all of this about? Was this an artist, a trickster, a maniac, or was he maybe onto something most people just can't see? We will never know, but it is all a wild ride nevertheless.

Legend, Lore and Folklore of the United Kingdom’s Strange People and Creatures