The Strange Story of the Amazing Flying Man

One common desire that people have had for centuries is to fly. The allure of soaring through the sky has been an almost irresistible, subconscious force for us throughout history, with constant inventions towards this goal, and flight even persistent in our dreams. There have also been people throughout history who have claimed to have the power to do so, and not even with the aid of devices or machines, but rather through levitation, defying the very laws of gravity and physics to take off into the air unaided and by only the power of their mysterious ability. Cases like this are numerous throughout the world, as are myths and legends that feature it. One very curious case of such a person was not a mystic or holy man, but rather just an ordinary farmer, who one day suddenly realized that he could fly.

The year was 1884, and a humble famer by the name of Reynard Beck led a mundane life on a modest farm in the pastoral town of Dexter, Missouri. The 27-year-old Reynard lived at the farm with his brother Samuel and his mother, his father having died some years before, and it was tough going. Despite the daily backbreaking work, the family could barely make ends meet, but they always remained positive and worked hard. Reynard would typically stay out in the fields from sunup to sundown, before finally retiring for the night completely exhausted, only to start the grueling cycle again the next day all over again. It was a typical day like this when he first manifested his purported abilities. He worked the field, had his dinner, and went to bed exhausted as usual, but the next morning something very bizarre would happen.

Reynard woke up that morning and noticed something strange about his body. Not only was the usual soreness and aches and pains from his chores gone, but he felt more alert and energized than he ever had before. Amazed by his total sense of well-being and sudden lack of pain in his usually perpetually weary body, he popped up out of bed ready to start the day, but that was when something weird happened. Rather than standing up, Reynard found that his feet didn’t touch the ground, and that he was floating in the air. Indeed, he hovered for a moment and began floating right up towards the ceiling to bump up against it, much to his awe and amazement. At first he thought it must surely be a dream, but it was becoming increasingly obvious that it wasn’t, that this was happening for real. Reynard pushed himself from the ceiling to float down towards the bed and grab the headboard, slowly sailing through the air like one might imagine an astronaut doing in a space shuttle, and he would later describe the feeling as like being underwater. 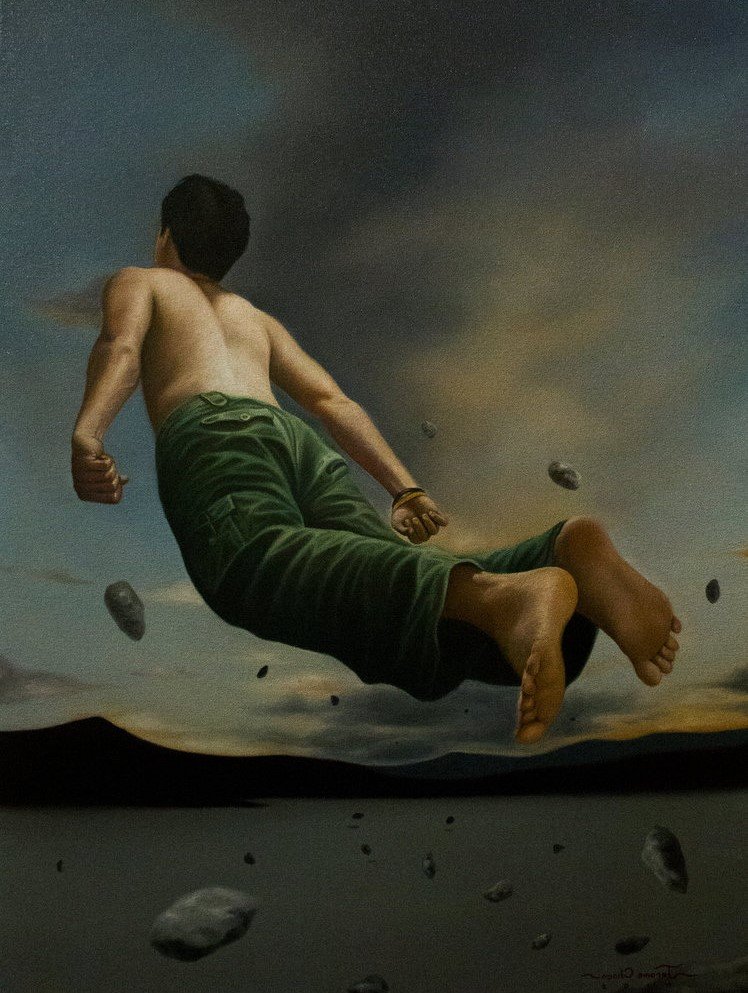 Reynard managed to sit himself on the bed and sat there grasping the headboard for a moment as he tried to process what was going on. After a few minutes he tried to get up and walk again, but his legs floated up from beneath him and he began levitating in midair once again. At this time, his mother was calling up to him to come down for breakfast and he shouted out that he would be there soon, but he knew that he could not go down there in that weightless state. Once again Reynard pulled himself down, and this time used a chair to drag himself through the air towards a dresser, in which he had a leather belt, which he weighed down with lead weights from his fishing tackle box. Putting the belt on, he found that it was just enough weight to keep his feet on the floor, although he had to be very careful because each step caused him to bound a considerable distance. With some practice he was able to at least appear that he was walking normally, and as his mother’s calls became more insistent, he covered up the belt and headed downstairs.

At this point, Reynard’s awe had turned to fear. His family and the townspeople in general were god-fearing Christians, and his thought was that if anyone were to see what he was now capable of they might think it to be the work of the Devil. Indeed, he himself was beginning to think so, and he resolved not to tell anyone about it. He went down, had breakfast as usual, and went out to do his daily chores as if nothing had happened. After a few days he got used to having the weights on, and got better at mimicking normal movements. At night he would tie himself to the bed to keep himself from floating up to the ceiling, and he was able to keep up the charade for over a week before he was inevitably found out.

It happened as he was in his room one day, experimenting with his newfound powers, pushing himself around, propelling himself through the air, testing how fast he could go and how he could stop himself. At some point, Reynard’s older brother Sam came in unexpectedly and caught him in the act. Sam at first thought his brother was doing a magic trick with wires, but he soon was overcome with amazement and not a little fear when he realized that there were no wires there. Reynard was for all intents and purposes flying. It was shocking enough that Reynard had to calm his brother down and convince him he wasn’t possessed by the Devil, and after Sam calmed down they got the idea that they could make it into an act to solve their financial woes. They were somehow able to explain this to their superstitious, highly religious mother, and began making plans to go on the road as “The Floating Wonder.” 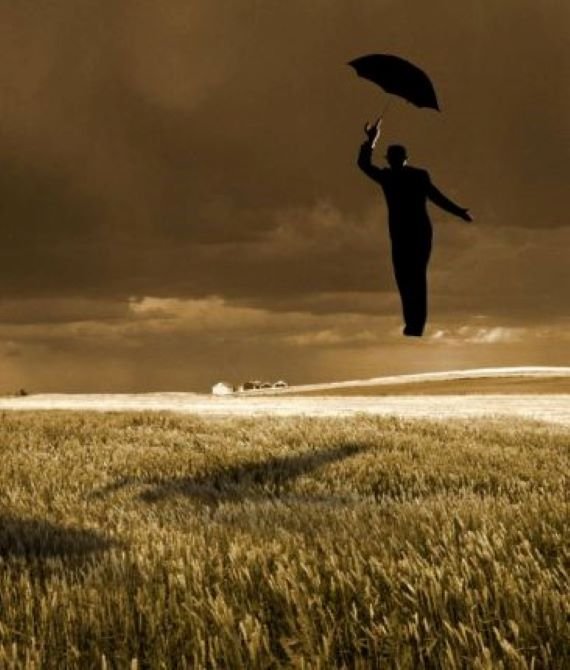 During the shows, Reynard would use special metal handrails to propel himself around a tent above the amazed audience, or merely hover in midair while doing mundane things such as reading a book or having a cup of coffee. This was all completely fantastical for these rural people, and the show became hugely popular. Of course, most people saw it as a magic trick or illusion, but this proved to not be the case when a group of men determined to expose it as a fraud practically tore the tent down, only for Reynard to keep levitating. This proved that no wires were used, but it didn’t stop people from trying to figure out how he did it. All manner of people tried to figure it out, but no one was able to expose him as a fraud, and indeed many came away convinced that Reynard Beck really could fly. One reporter with the The Kansas Star tried to get to the bottom of it and came away convinced that he was the real deal, writing:

Before the exhibition, I thoroughly searched the room, looking for wires, hydraulic ramps, hidden supports any device that might provide a clue to the mystery, but I found absolutely nothing. While Mr. Beck sat in a reclining position three feet from the floor, I beat the air above and below him with a cane, but met no resistance. With the utmost reluctance, I came to the conclusion that he was floating in mid-air.

The Beck brothers continued this act for 5 years, with no one ever able to figure it out, and then suddenly the show stopped without warning and the brothers moved back to their farm in 1890. After that, Reynard became a recluse, never leaving the house and refusing to talk to reporters or make an appearance for the droves of fans who showed up at the farm to see him, only making one statement through the door, saying “Once a man has flown in the air, he can never be quite the same man again.” After that, he wasn't seen again. There were a lot of rumors at the time as to what had happened to Reynard Beck. One was that he had lost his powers as suddenly as he had gained them, and hid away out of shame. Another was that he then decided to go outside and take the belt off to go flying away into the sky unfettered and disappear. We will probably never know, because after this newspaper reports on him stopped and he sort of drifted into obscurity, evaporating from history. We are left to wonder, just how much truth does this tale hold? Was Reynard truly capable of all of this, or was it illusionist tricks mixed with perhaps some sensationalist reporting and maybe even flat-out fabrication? Real or not, it certainly is a strange case, and a bizarre historical oddity.