The Strange Story of the Biggest Man Who Ever Lived

There have always been those individuals who have for whatever reasons transcended the norm. These people perplex us and show us that the limits of human potential and the mysteries of the human body seem to be without end. One such case comes to us from the 19th century, when there lives a true giant, a man long considered to be perhaps the largest who has ever lived.

Mills Darden was born in 1798 near Rich Square, North Carolina, in the United States, as a perfectly normal baby. There was nothing particularly remarkable about him at first until his childhood years, when he started to grow, and grow, and grow. Before long he was towering over his parents, and not only growing vertically, but all around as well. By the time he was an adult taking up a life as a humble farmer in Lexington, Tennessee, he was 7 feet, 6 inches tall, 6 feet, 4 inches around the waist, and weighed a whopping 1020 pounds. This was immense for that era in particular, when the average man was around 5 feet 6 inches tall, and he was estimated as being 30 percent taller than and about six times as heavy as the average American male at the time. To put it into perspective, he was 2 inches taller than the famed wrestler Andre the Giant, and twice as heavy, making him widely regarded as one of the biggest human beings who has ever lived. As one Tennessee historian James Jones has said, “By today’s standards he is neither the heaviest nor the tallest, but he is the heaviest tall man and the tallest heavy man.” 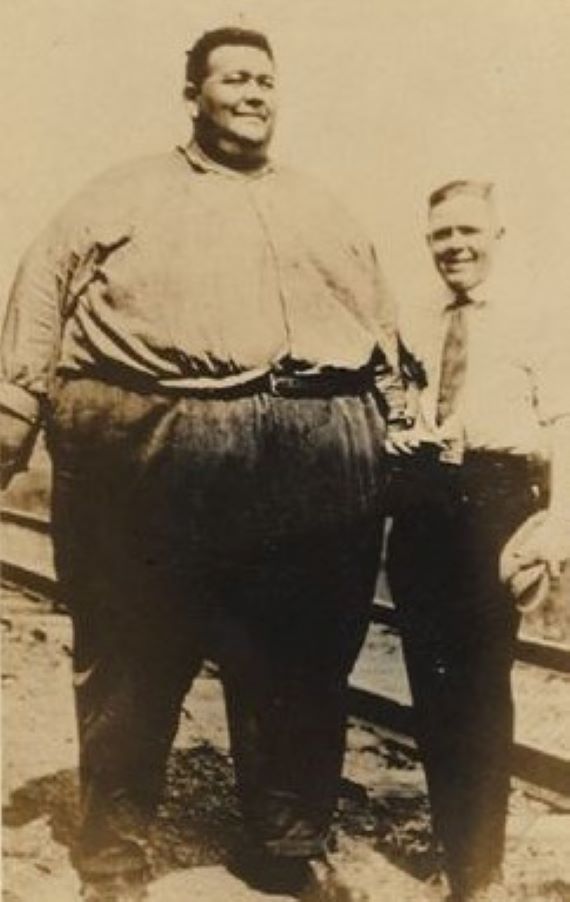 His coat alone supposedly took 13 ½ yards of fabric to create, and he required a specially designed wagon with suspension shock absorbers to get around in. His house also had to be renovated to add extra width and height to doorways, and his furniture was specially designed from the strongest oak, although he had to sleep on the floor because no bed could support him. Darden’s appetite matched his prodigious size, with an average breakfast consisting of “a dozen eggs, two quarts of coffee, a gallon of water, and 30 buttered biscuits.” He was also just as physically strong as his size would imply. According to reports, Darden could toss around 500-pound clumps of hay like toys, carry 1,200 pounds of feed sacks 1.2 miles, overpower an ox and lead it wherever he wanted despite its best efforts to pull away, and could single handedly pull a loaded wagon from a mud hole when even half a dozen men couldn’t budge it. This made farm work for him fairly easy, but as he got larger it became more difficult to get around.

Darden ended up opening a tavern in Lexington, where his fame grew. People would flock from all over the country to come see this real giant, and he made brisk business. It also made him world famous, but through all of this he was very self-conscious about his size, always refusing to be properly measured and weighed and avoiding posing for portraits of any kind. Indeed, it was only when some enterprising individuals secretly loaded down his wagon with rocks and scrap iron that they were able to estimate that he weighed between 1,000 and 1,080 pounds. 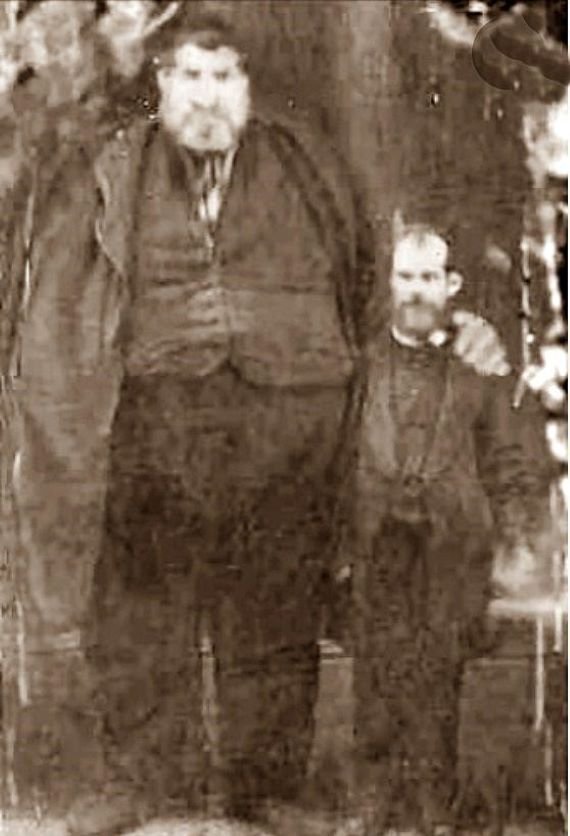 Besides his public life, Darden also had a family life. He was married twice, his second wife a woman named Mary, and the two of them must have been quite a peculiar sight, as she was only 4 feet, 11 inches tall and weighed less than 100 pounds. He also had an estimated seven children who were of normal proportions, the tallest of them being 5 feet, 11 inches tall. Darden would remain fairly active throughout his life despite his gargantuan size until his tragic death in 1857 at the age of 56. Doctors would come to the conclusion that he had died of strangulation due to the rolls of fat around his windpipe. He was buried in Lexington, on what is now private property on Mills Darden Cemetery Road, and one report at the time said of his burial:

The funeral services of Mr. Mills Darden, who died at his residence in Henderson county, was preached on the fourth Sunday in June, 5 miles southwest of Lexington, Tenn. The Masonic fraternity were in attendance, in full regalia, on the occasion. The deceased was beyond all question the largest man in the world. His girth was 7 feet 6 inches — two inches higher than Porter, the celebrated Kentucky giant. His weight was a fraction over 1000 pounds! It took over a hundred feet of plank to make is coffin; he measured around the waist 6 feet, 4 inches. His coffin was eight feet long, thirty-five inches deep, thirty-two inches across the breast, eighteen across tie bead, and fourteen across. From Mr. Wm. Brooks, who sold the funeral material, we learn that 16 yards of 4-4 cambric was used for the winding sheet; 17 yards of 34 flannel for lining coffin; three pounds of nails were used in making the coffin; 44-yards of ribbon were used for trimming and 4 boxes of tacks in fastening the lining and covering.

By some accounts it took 17 men to put Darden into the coffin, and a whole wall of the house had to be removed to take it out. Interestingly, since his anomalous size is thought to have been due to a pituitary gland malfunction, it is quite possible he would have continued to get even larger. It is a shame that more details are not known about his remarkable life, yet Mills Darden has certainly made his very big mark upon one area of mostly forgotten history, and is a testament to the wonders of the human body.