Two “black hump” shapes were spotted in Loch Ness on March 12th which marks the fourth Nessie sighting of the year and the first since January 22nd. Eoin O'Faodhagain was watching the live webcam when he noticed the two shapes approximately 10 feet apart “rising up and down” in the water near Urquhart Castle.

The footage showed ripples in the water even though there weren’t any boats in the loch at that time. Two large “humps” then emerged from underneath the water and stayed visible for quite a while before going back down.

Mr. O'Faodhagain explained in greater detail what he had witnessed, “While watching the webcam in the late afternoon, my attention was attracted to a disturbance in the water in the middle of the lake.” “A black shape broke the surface with a wake. It was moving slowly but was causing a lot of water agitation around it.” “Two black hump-like shapes seemed to be popping up and down as it cut through the surface of the Loch.” “The object is viewed for 1 minute 41 seconds, after this it just disappeared.” 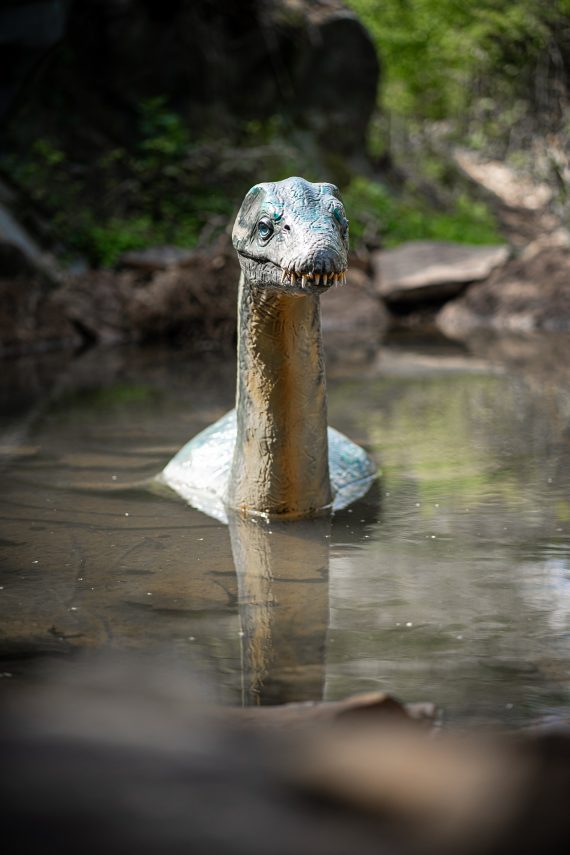 He went on to say that he also witnessed “two black shapes” in the water during his January 19th and 22nd sightings. Mr. O'Faodhagain is no stranger to detecting the elusive creature on the webcam as this is his 12th sighting recorded by The Official Loch Ness Monster Sightings Register since 2017.

The first sighting of this year was captured by Kalynn Wangle on January 11th that showed a “V” shape in the water and shortly after she noticed something black on the surface before quickly disappearing back under. All four sightings this year can be seen on The Official Loch Ness Monster Sightings Register (the March 12th video and still photos can be seen here as well.)

As exciting as these sightings are, not everyone is convinced that what they’re seeing is the Loch Ness Monster. Earlier this year, Retired chemistry and science studies professor Henry Bauer claimed that what these people are witnessing is an ancient and undiscovered sea turtle that somehow got trapped in the water at the end of the last Ice Age.

Back in September of 2019, researchers from New Zealand announced that according to the DNA analysis of over 50 samples of water from the loch, the creature is probably a gigantic eel.

And just recently another theory has emerged after people in Scotland were baffled by a picture of a “floating ship”. Paranormal investigator Jonathan Bright stated that the ship appeared to be floating because of a phenomenon called Fata Morgana which is basically a mirage. He explained how this connects to Loch Ness Monster sightings, “The phenomena has even been the explanation for some of the Nessie pictures- that the monster could be a sort of mirage that is caused by the reflections in the space of Loch Ness.”

With all of the alleged Loch Ness Monster sightings over the years, it’s highly doubtful that they’re all experiencing a mirage, seeing a gigantic eel, or even a sea turtle, but you never know...