Sitting on 150-acres of woodland in Basking Ridge, New Jersey, is a castle built in the 17th century Norman style, looking rather out of place in the rural countryside here and more like something out of a fairy tale. It was originally built in 1923, by New York advertising executive Bill Beaty, who called it Pharelock Castle and moved in with his wife, Sarah, and four children before it was even completed. At the time it was quite the opulent, ambitious project, and the castle would sport 29 rooms, a slate roof, stained glass, intricate homemade floor tiles, a tower, a great hall and winding staircases, and it was to be Beaty’s dream home, but he sadly died of pneumonia before he ever saw his dream come to fruition, left to go on with construction for a further 5 years while his grieving wife and children lived within its cold walls. During this time, Sarah would claim to see her husband’s spirit lurking about, saying of one occasion where she saw him on the balcony:

It was a figure of a man standing there. It didn’t stay long for me to examine it very good. It was gone just like that. It was scary. It frightened the daylights out of me. I just never wanted to go on that balcony again. I passed by it, but to get me in there, to stand there, oh, forget it. I wouldn’t go in there.

Sara Beaty would live there until 1941, after which it would be abandoned and go on to become a boy’s school called The Woodcastle School for Boys, and it is here when the location’s supernatural reputation would gain traction, as it was often reported that ghostly organ music could be heard echoing through the halls. Interestingly, there wasn’t even a pipe organ there, although Beaty is said to have owned one. There were also witnesses who claimed to have seen the apparition a man with a German Shepard dog. The boy’s school would eventually close down, after which it became the Chartwell Manor School, a 60-student co-educational school for children in grades 1- 8, which then closed in 1970, and the castle then sat there like the imposing ruins of some lost civilization, being gutted by a fire in 1972 for good measure. It was purchased by a Don and Carol Burlingame in 1972, who completely renovated it, and during this time its paranormal pedigree would truly begin to shine.

It was the wife, Carol, who first noticed something was amiss. She would claim that everywhere she went she felt followed by "a presence," and an unshakeable sense of being intensely watched. After this, things would graduate to the anomalous sound of a sort of banging or hammering noise that would reverberate through the walls at all hours of the night, as well as disembodied footsteps walking about when no one else was there, and they had a parapsychologist by the name of Dr. Michaeleen Maher come take a look at the place. He would come to the conclusion that there was a male spirit residing there, but one which was not malevolent or dangerous. Indeed, the spirit actually seemed to be rather helpful, as on one occasion a deluge of rain fell on the area while the couple was out, and although they had left all the windows open and expected the place to be drenched, all of the windows had been mysteriously closed and locked when they returned. 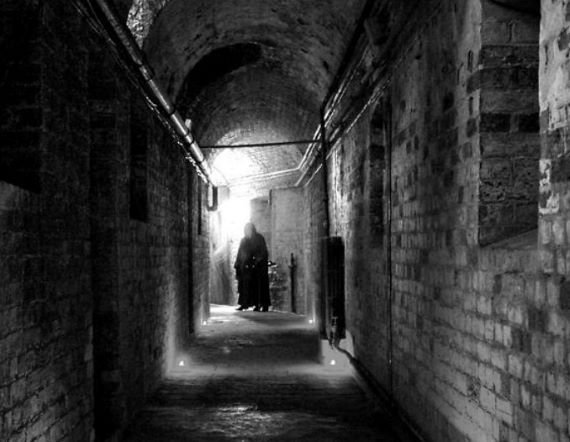 A little research into the history of the house brought them to Beaty and the ghostly encounters his wife had had, as well as the mysterious organ music witnessed at the former boy’s school, and they even managed to get in touch with a man named Eugene Melville, who had worked for Sarah Beaty, who confirmed that the place was indeed haunted by Bill’s ghost. In the meantime, the paranormal activity was getting more pronounced, and Carol would say of a rather eerie incident:

Carol also claimed that the spirit was rather prankish, turning the channel on the TV at the most inopportune times, moving or hiding objects, and general being a pain, although never particularly frightening or malevolent. The couple just learned to sort of accept it, and even claimed that they were sort of able to talk Bill into behaving himself. In 1991, they finally moved away, and Don and Carol Burlingame would pass away in 2007 and 2018 respectively. In 1998, Steven Feldstein and his wife, Avis Gardell, would purchase the castle and renovate it yet again, although it is not known if they have experienced their own paranormal phenomena. The Beaty Castle, as it is most commonly still known, has featured on the hit TV show Unsolved Mysteries, and continues to be an intriguing piece of local lore. Is it really haunted, or is this just scary stories and spooky lore? No matter what you think, the tales live on.

The Mysteries of Numbers: When They Control the Minds of Some