“This kind of discovery, in essence fossilized behavior, is the rarest of the rare in dinosaurs. Though a few adult oviraptorids have been found on nests of their eggs before, no embryos have ever been found inside those eggs. In the new specimen, the babies were almost ready to hatch, which tells us beyond a doubt that this oviraptorid had tended its nest for quite a long time. This dinosaur was a caring parent that ultimately gave its life while nurturing its young."

We’ll pause for a moment (pause here) while you shed a tear for a 70-million-year-old oviraptorid found in the Upper Cretaceous Nanxiong Formation near the Ganzhou railway station of Ganzhou city, Jiangxi Province, China. As explained by Dr. Matthew Lamanna, a researcher in the Section of Vertebrate Paleontology at the Carnegie Museum of Natural History, in a new study published in the journal Science Bulletin, oviraptorids are birdlike but non-avialan dinosaurs. This particular one was found crouched in a bird-like brooding posture over a clutch of at least 24 eggs. The exciting part was that at least seven of the eggs contained bones or partial skeletons of unhatched embryos. But wait … there’s more!

“Furthermore, embryos in the clutch are at different developmental stages, suggesting the presence of asynchronous hatching—a derived feature even among crown-group birds—in non-avialan theropods.”

Unlike modern dinosaur descendants of the lizard kind that lay eggs in batches, the oviraptorids laid theirs one at a time like modern birds, so the embryos are in various stages of growth. That would also explain why the adult is sitting ON the eggs rather than just guarding them from a discrete distance. As the study concludes, that makes these non-avialan theropods unique among dinosaurs. 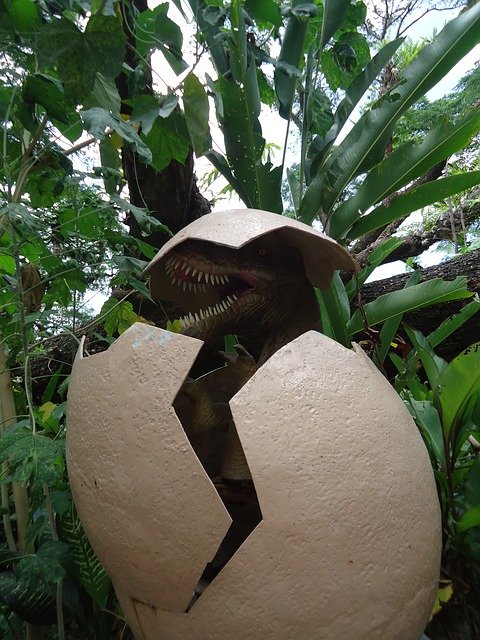 And that’s not all …

“One other interesting aspect of the new oviraptorid specimen is that the adult preserves a cluster of pebbles in its abdominal region. These are almost certainly gastroliths, or "stomach stones," rocks that would have been deliberately swallowed to aid the dinosaur in digesting its food. This is the first time that undoubted gastroliths have been found in an oviraptorid, and as such, these stones may provide new insights into the diets of these animals.”

As Dr. Xing Xu, co-author and professor at the Institute of Vertebrate Paleontology and Paleoanthropology at the Chinese Academy of Sciences, explains in a press release, this single adult oviraptorid sitting on a nest of nearly hatched embryos is a collection of discoveries that will keep them busy for a long time … and keep other paleontologists looking for more.

Photos and illustrations of the fossils can be seen here in Sci-News.