A Barefoot Himalayan Hermit, an Abominable Snowman, or Something Else?

Footprints in the Himalayan snow, scalps and other "relics" in shrines... and not to mention the persistent--and perplexing--sightings that have continued over the years. These are all reasons that have led so many to believe that the Yeti, famously mischaracterized as an "abominable snowman" after its local name was mistranslated in the early part of the 20th century, is a real creature as yet unrecognized by science.

"It is high time that the snowman was also recognised by a scientific name," wrote Belgian cryptozoologist Bernard Huevelmans, "and since the palaeontology of giant primates is so slender, I would give it a new name, Dianthropoides nivalis or "terrible anthropoid of the snows." Huevelamans was so convinced, in other words, that the creature existed he was ready to assign it a proper taxonomical name.

Despite the reports from over the years that appear to suggest that such a creature does, or at least did at one time exist, today it is less often recognized as being among the more likely cryptozoological possibilities that nature may yet afford us. While more or less convinced by the evidence in support of the Yeti's American cousin, the Sasquatch, primatologist John Napier wrote in 1972 that evidence supporting the Yeti's existence seemed less convincing. 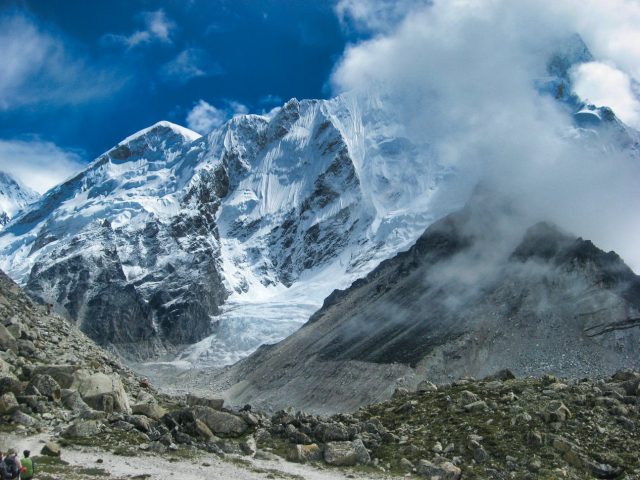 This, despite eyewitness accounts that certainly do suggest that something has been observed in the Himalayan snows over the years. Among the more convincing eyewitness accounts to have trickled down over the years had been the observation of N.A. Tombazi, a Fellow of the Royal Geographical Society who, in 1925, wrote of having an encounter where he observed one of the creatures, as described in his Account of a Photographic Expedition to the Southern Glaciers of Kangchenjunga in the Sikkim Himalaya.

At the time of his observation, Tombazi had made it to an altitude of nearly 15,000 feet in his ascent. At one point he became aware that his porters were gesturing toward something further back down the mountain.

"The intense glare and brightness of the snow prevented me from seeing anything for the first few seconds; but I soon spotted the "object" referred to, about two to three hundred yards away down the valley to the East of our camp. Unquestionably, the figure in outline was exactly like a human being, walking upright and stopping occasionally to uproot or pull at some dwarf rhododendron bushes."

As Tombazi and his porters observed the creature, they said its outline could be clearly seen, as it was of a darker color than the snow behind it. From what they could tell, the creature appeared to wear no clothing. They watched it clearly for several moments, and then as suddenly as they had spotted it, the creature passed into a thick area of scrub and could no longer be seen.

"Such a fleeting glimpse," Tombazi recalled, "did not allow me to set the telephoto-camera, or even fix the object with the binoculars; but a couple of hours later, during the descent, I purposely made a detour so as to pass the place where the "man" or "beast" had been seen."

Tombazi examined the footprints left by the creature as well, which he said "were clearly visible on the surface of the snow." Although shaped much like those of a human, he said they were a mere six or seven inches long, and four inches wide at the very broadest portion of the creature's foot.

"The marks of five distinct toes and of the instep were perfectly clear, but the trace of the heel was indistinct, and the little that could be seen of it appeared to narrow down to a point." Tombazi counted a total of fifteen prints left by the creature, spaced "at regular intervals ranging from one-and-a-half to two feet. 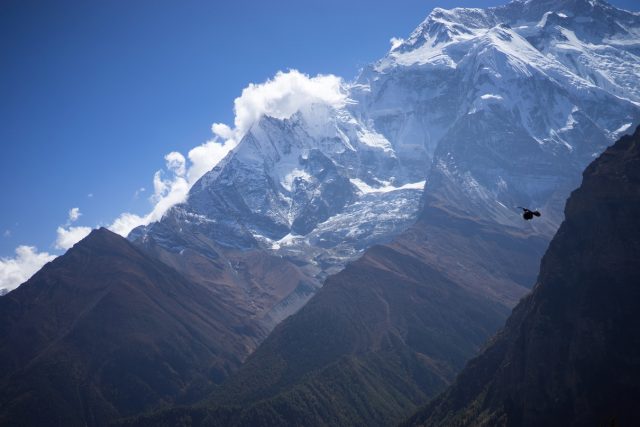 Could the creatures have been left by another animal, especially on account of appearing to be so small? Tombazi remained convinced that the footprints he observed had indeed belonged to a bipedal creature like the one he and his porters observed. Tombazi added that "the order of the spoor [had] no characteristics whatever of any imaginable quadruped."

Had Tombazi observed one of the famous manlike creatures said to stalk the Himalayas? Curiously, Tombazi was said not to have believed in the Yeti, and took his observation for having been a wandering hermit transiting the mountains. Curious that a hermit-Himalayan or otherwise--would have an affinity for hiking through the snow while barefoot.

Tombazi's observation remains among the many from over the decades which advocates find as support for the existence of a creature science does not yet recognize, a few of which might have still been stomping around parts of the Himalayan mountains at least as recently as the 20th century.

Paranormal Events Plagued the Set of “The Conjuring”