A Bizarre Mass Death and Lone Survivor in the Russian Mountains

On August 2, 1993, a team of seven hikers pushed out into the wilds of the Khamar Daban mountain range, of southern Siberia’s remote and scenic Buryatia region. They were in good hands, led by seasoned and experienced hiking instructor and survivalist, Lyudmila Korovina, and the weather forecast was clear and calm. Six of the hikers were Korovina’s students, composed of Tatyana Filipenko (24), Aleksander "Sasha" Krysin (23), Denis Shvachkin (19), Viktoriya "Vika" Zalesova (16), Timur Bapanov (15), and Valentina "Valya" Utochenko (17), and the plan was to meet up with another hiking group on August 5, which happened to be led by Lyudmila’s daughter, Natalia. They had been meticulously planning and preparing for this trek for months, and it was expected to be a routine hike in pleasant, sunny weather, but things were about to take a turn for the sinister, and only one of these people was going to make it back alive, along with a very bizarre story to tell.

For the first leg of the hike, things went smoothly. The weather was perfect, the summer landscape not particularly challenging, and they were making great time, even better than they had expected. Yet, on August 4 things changed for the worse. The weather forecast suddenly and unpredictably changed, with cold rain and snow pouring down to the point that they were forced to stop their hike and set up camp to wait out a coming storm. Oddly, Korovina would have her team set up camp in an exposed area upon a slope with no tree cover, an interesting choice of location considering the foul weather and Korovina’s experience. That night they would be pummeled by a fierce storm out on that exposed slash of rock, but they made it out in one piece and continued on their journey the next day. After this, things would get strange.

On August 5, Natalia arrived at the prearranged rendezvous point with her own team, but Korovina’s group was nowhere to be seen. Thinking that the group must have just been held up by the bad weather, Natalia’s team continued on, thinking they’d just meet up later at their destination, but Korovina never arrived. In fact, it would not be until August 10 that any sign of the missing group would be found. On this day, kayakers were going along a river in the area when they came across a girl on the shore with blood on her clothes. This girl frantically waved them down and they pulled onto shore to help her, as she was obviously in great distress. Indeed, when they approached her she began breathlessly and deliriously telling a story that did not seem to make much sense, and the kayakers brought her to authorities. This is where the story would get even weirder still.

The girl turned out to be Valentina "Valya" Utochenko, part of the missing Korovina hiking group, and she had quite a bizarre tale to tell. According to her, on the morning of the 5th, the continuing bad weather had forced Korovina to make the decision to head back down the mountain rather than continue, but an odd series of events would play out. One of the team, Aleksander Krysin, began to inexplicably foam at the mouth and bleed from the nose, eyes and ears, before going into a convulsive fit and collapsing dead. As Korovina tried to tend to him she ordered the rest of the group to keep going, but she then started exhibiting the same symptoms, foaming at the mouth, bleeding from her ears, nose and eyes before convulsing and falling over to lie still. Tatyana ran to try and help their fallen leader and then she too began convulsing, before bizarrely crawling to a rock to repeatedly bash her head into it. It quickly devolved into chaos from there, the group dropping one after the other, clawing at their throats, ripping at their clothes, bleeding from every orifice and vomiting blood, and Valentina would say:

Denis began to hide behind the stones and run away, Tatyana beat her head against the stones, Victoria and Timur probably went astray. Lyudmila Ivanovna died of a heart attack. After some time, two girls fall at once, they start rolling, tearing their clothes, grabbing their throats, the symptoms are the same, the boy is falling behind them. The girl and the guy are left, they decide to leave the most necessary things in backpacks and run down. The girl leaned over her backpack while she laid out, lifts her head, the last guy with the same symptoms rolls on the ground. 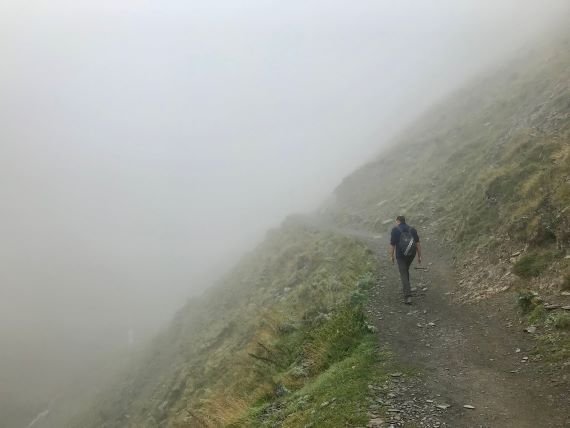 According to Valentina, she panicked and ran for her life, careening down the mountain with few supplies and just running until she could run no more. After that she wandered through the wilderness for several days in a sort of dazed trance until she reached that river and was rescued. When this strange story came out, a team was sent to retrieve the bodies and carry out autopsies. Oddly, despite the mysterious symptoms described by Valentina, they were all determined to have died from hypothermia, except for Lyudmila, who had suffered a heart attack, but they were also strangely found to have had bruising of the lungs and protein deficiencies, despite the fact that they had all been well-fed. As far as the authorities were concerned, this was case closed, and the deaths deemed as “accidental,” but what was really going on here? Six very healthy and experienced people had dropped dead within a matter of minutes while frothing from the mouths, bleeding, and bashing heads into rocks, so is this all really down to hypothermia? Why was Valentina, who suffered none of these bizarre symptoms, come out of it all unscathed?

There have been many theories thrown around as to what happened here. One is that they stumbled across something they weren’t supposed to see and were killed by the Russian military, but if that is the case then why the mysterious illness, and why would Valentina be spared? It could have also been some sort of secret chemical or biological weapons test being carried out in the area and the hikers were just in the wrong place at the wrong time, or that they had stumbled across a radioactive dumping ground, but again, why did only Valentina survive? Indeed, many hikers pass through the same area, so why weren’t they affected the same way? It could also have been contaminated water, bad mushrooms that they had eaten, or that maybe they had really just dropped dead from hypothermia like the official report says, but Valentina says they were well prepared for the elements, and does hypothermia cause the conditions described? Of course, there is also the possibility that the soul survivor, Valentina, is not giving the whole story and that she knows something she is not telling, but she has refused to talk about it since, leaving it all a mystery. We may never know what happened to these people, and it remains a cryptic wilderness enigma.

Dinosaurs May Have Carried Rocks 1,000 Miles – In their Stomachs