A Farmer’s Wild Ride to Mars, the Moon, and Venus

UFO abductees come in all flavors. Some are highly respected or educated people who seem to have impeccable credentials, some are from more questionable sources. Some come from those who have stories that seem to follow some rational internal logic, while others fly right off the charts into the realm of the completely outlandish. Certainly some reports are way off the meter when it comes to pure bizarreness, and one of these is the time a farmer says he was whisked away to Mars, the Moon, and Venus by aliens.

The man named Buck Nelson was once pretty much a nobody. Born in 1895, he lived on his rural farm in the Ozark Mountains in Missouri, and there wasn’t really much that was remarkable about him. That is, until 1954, when one evening would turn his mundane world inside out. On this night he was out at his farm when his radio began acting up, changing channels on its own and turning on and off. As he tinkered with the radio trying to fix it, his dog began barking uncontrollably outside. The animal was apparently going absolutely nuts, so he went out to see what was going on and was startled by three disc-shaped crafts hovering in the sky above, one large one and two smaller ones. The startled farmer then tried to signal these crafts with his flashlight, and that was when he claimed to have been hit with a beam “much brighter and hotter than the sun." This apparently did not hurt him, but it left him paralyzed and unable to move, after which the UFOs moved off into the night. 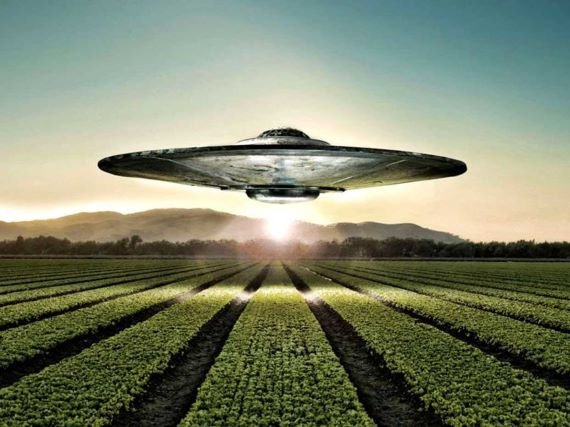 After this strange encounter, he claimed that chronic back pain he had dealt with for years suddenly disappeared and his eyesight improved, but this was only the beginning of the weirdness. The flying saucers would begin to make regular appearances over his farm, and there would also appear two “friendly human spacemen” who called themselves Bucky and Bob, with a large black dog that apparently looked exactly like a regular old Earth dog and which they called "Bo." These men claimed that they were actually human beings who had long ago been brought to live with the aliens on their home world and that there were other humans up there as well. The spacemen apparently explained to him that they were from the planet Venus, and they then looked around his house and asked him various questions about his life and stuff. Nelson would say of this odd encounter:

They stayed with me for about an hour and they were interested in everything in the house, especially my radio. When I told them a battery on top of it was for power, they smiled and said, with all this power around you in the air?...they went past a picture of Christ and I asked them if that meant anything to them and they said, "yes, we understand but you people don't.

Before leaving they told him that they would be back again to take him onto a trip to space. The aliens were apparently true to their word, because one night they took him aboard their spacecraft and allegedly took Nelson on a tour of the solar system. They stopped off at the moon, which was described as a manufacturing base, then Mars, which was colorful, vibrant, and similar to Earth, and then Venus, which was a fantastic peaceful utopia where there was no war or crime. On Venus, they apparently showed him a “book machine,” about the size of a TV set, which you could put a book into and it would read the pages and play music. Bucky and Bob also told Nelson about what they called “The Twelve Laws of God,” which are suspiciously nearly exactly the same as the 10 commandments from the Bible with a couple new ones tacked on, explained that they only used solar power, that many of the Venus aliens and abducted humans like them lived on earth, many in important positions and in the space industry, and that they were keeping a careful eye on the increasing development of atomic weapons. According to them, countless galactic civilizations had destroyed themselves with nuclear weapons and they feared Earth was careening along this doomed path. 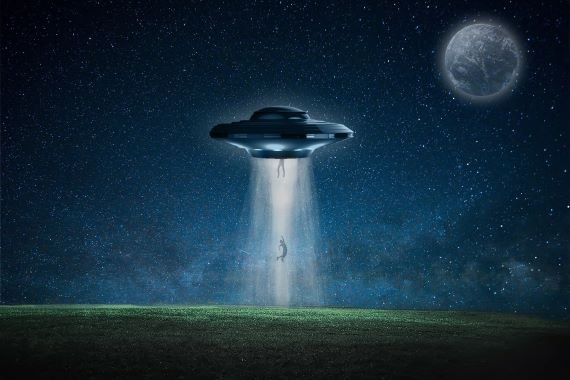 Nelson would write of all of this in a booklet imaginatively titled My Trip to Mars, the Moon, and Venus, which includes instructions for building a “saucer detector,” and he also began holding an annual “Spacecraft Convention,” all of which made him a bit of a minor celebrity at the time. He would present many pictures as proof of all of this, and even samples of hairs from the spacemen's dog, as well as alleged recordings of Bucky’s voice, but they are weak evidence at best. Considering that the spacemen looked exactly like humans, pictures of them are useless, and the hairs of the dog were merely dog hairs, prompting Nelson to comment “Dawgs is dawgs. Don’t matter what planet they’re from.” As for the voice caught on tape, although it is eerie, high and oddly shaky, it still sounds an awful lot like Nelson’s voice. Nelson would hold his conventions and bask in his minor fame all the way to his death in 1982, and remains a lesser known, but very odd feature of the 1950s contactee movement.

Nelson’s story is absurd on many levels. For one, we know now that Mars is hardly colorful and vibrant, that Venus does not have an atmosphere conducive to a utopian life, or even life in general, and it all seems to borrow heavily from the science fiction available at the time from writers such as Edgar Rice Burroughs and others. The booklet that Nelson wrote is also poorly written, thin on details, and reads exactly like one would expect from an uneducated farmer spinning yarns about aliens. Despite its quirky charm it reads like hack fiction, in fact, yet Nelson maintained to the last that it was all true. There is nearly zero chance that any element of the story is true, but it is nevertheless a fascinating peek into one of the weirder individuals in the contactee scene that was all the rage at the time, and a strange little tale to add to the lore of such stories.

Why Cattle Mutilations Aren’t the Work of Aliens