A sign that Bigfoot is becoming accepted by the general public is the amount of Bigfoot-related coverage the cryptid gets above and beyond mere sightings. This week was a Sasquatch news extravaganza with the finding of an alleged fossilized Bigfoot toe, a photo of an alleged sighting, a Bigfoot political endorsement and a couple of missing statues. Has the hairy one hired a new public relations person? 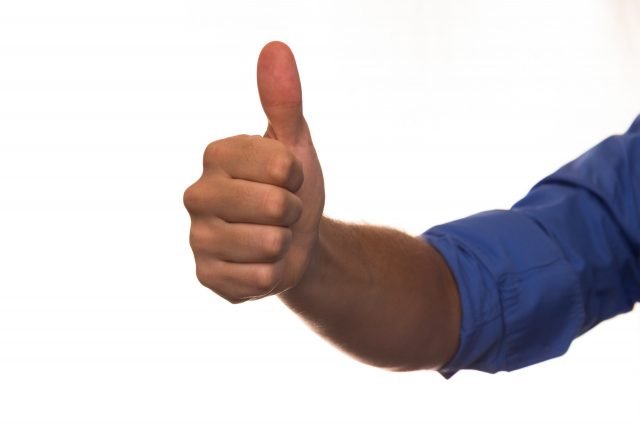 Let’s see if this Bigfoot news deserves a thumbs-up. Connor Flynn, a Bigfoot researcher and author of “Big Brother, Bigfoot,” posted a video on TikTok of him holding what he claims is a “hominid thumb bone” that, if true, looks like it came from a thumb much bigger than his. He says he found the giant thumb or thumb-like fossil “in a local creek here in Marianna, Florida” – a small Panhandle town. If anyone looking at the video has any doubt what Flynn thinks the fossil is from, he said this:

“So if anyone is ever wondering why they never found any remains of Bigfoot? Well they did, they just swept under the rug."

Swept under the rug? Before pointing any fingers or thumb bones, Bigfoot researcher Flynn needs to have this bone DNA-tested. While he’s waiting for an answer, perhaps he can analyze the photo posted on Reddit by a Virginia resident who claims he was suing Google Maps to “Looking at a house on street view I’m interested in buying and found a mysterious naked big foot on street view.” Why would the poster think this was a naked Bigfoot? (See the photo and decide for yourself here.) For one thing, all Bigfoot are naked, and this ‘creature’ doesn’t seem to have any fur or hair. Looks more like a nudist or naked hiker – either of which probably makes this a far less desirable neighborhood to move to than a Bigfoot.

In Plano, Texas, Bill Lisle is running for the Place 7 seat on the City Council and he’s implying that he has the endorsement of Bigfoot by placing Bigfoot cutouts with his name on them all over town. Is this better than the endorsement of the local paper? Lisle seem to think so – he started with 33 7-foot Sasquatch signs and has added some medium -size and smaller ones. He claims the signs are generating interest … but some may be the wrong kind – a number of them have been stolen. Watch for “Wanted” posters authorized by … who else? 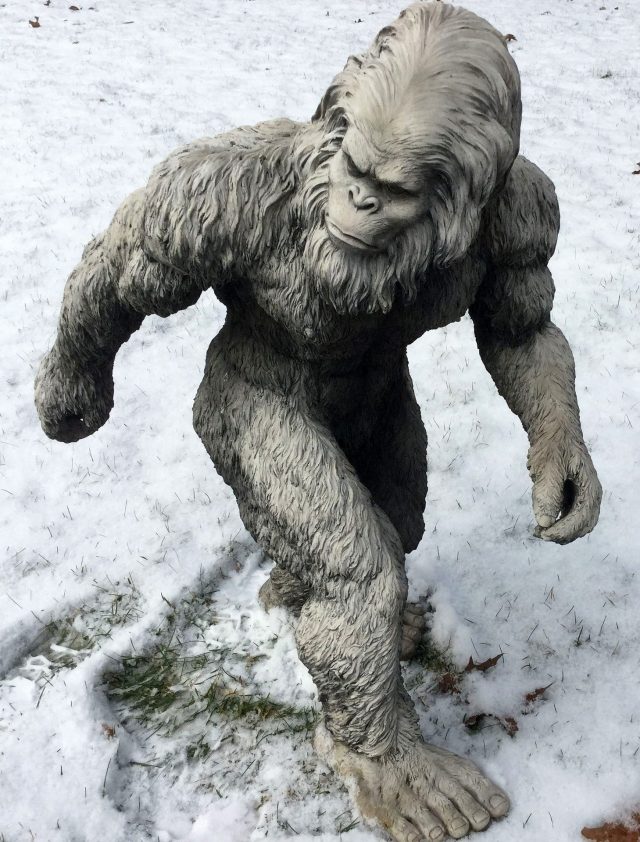 Speaking of stolen Bigfoots, police in Norfolk, Nebraska, are looking for Daryl (named for a certain insurance company ad), a 400-pound, 5-foot-tall Bigfoot statue stolen from a yard. That’s not as big (figuratively, at least) as a gray, three foot tall, 150 pound statue stolen from a yard in Marion, North Carolina, a city whose official mascot is Bigfoot and is gearing up to hold its 2021 Bigfoot Festival in September. While there are plenty of Sasquatch statues, paintings and tributes around Marion, every one is special. Let’s hope they don’t catch the culprit and hold a public shaming during the festival. Then again …

No, banish the thought. Let the authorities handle the punishment. As for this and the rest of the recent Sasquatch stories, they’re a sign that spring is here, the lockdown is subsiding and Bigfoot is back, baby!