Bizarre Stories of the Paranormal from London’s Lincoln’s Inn

The Honourable Society of Lincoln's Inn, also simply called Lincoln’s Inn, is located in London, England, and is not a place to stay but is rather one of the four Inns of Court in London, long considered to be the legal heart of England. This is where since the 15th century barristers and lawyers have studied law and are called to the bar, and where trials are held, and it is widely considered to be one of the most eminent professional bodies of judges and lawyers in the world. It sits right nearby other similarly prestigious, historic and important institutions, including the Royal College of Surgeons, the London School of Economics and Political Science, the Royal Courts of Justice, and King's College London's Maughan Library, and also lies adjacent to the Lincoln's Inn Fields, which is the largest public square in London. Lincoln’s Inn is a historic, venerable place home to an illustrious history, but it is also apparently home to plenty of ghosts.

Many of the hauntings here revolve around the often very public and very brutal executions that were once held here, typically in the Lincoln Fields. One of these was the 1586 execution of Lord Antony Babington, who was found guilty of being a traitor and plotting to kill Elizabeth I. The punishment was harsh to say the least. Babington and some of his followers were hanged and then drawn and quartered while still conscious. Apparently, their cries of pain were so horrific that executioners were ordered to speed up the execution by the queen herself. Another notorious execution held here was that of Lord William Russell, sentenced to death in 1683 for his part in plotting to kill King Charles II. Legend has it that the executioner, a man named Jack Ketch, hacked away at the man’s neck four times to remove the head, when it was typically supposed to be done with one, decisive blow. It is said that the ghosts of both men lurk about the Lincoln’s Inn Fields, with Russell appearing as headless and very upset, and there are occasionally reported their screams and wailing from the shadows.

Other ghosts that supposedly haunt the Lincoln Fields actually have their origin in a building other than the Lincoln’s Inn. Sitting right next to the fields is the Royal College of Surgeons, and the story here is connected with a macabre experiment once carried out here by a Professor Aldini, in which he sent an electrical current through the corpse of a dead criminal in order to make it jump, quiver, move its limbs, and even open its eyes. The beadle, or ceremonial officer, of the Inn was so horrified by what he saw that he allegedly killed himself because he couldn’t bear what he had seen. The lore says that this beadle, as well as the ghost of the criminal whose corpse was used, because why not, haunt both the Royal College of Surgeons and the Lincoln Inn Fields. From an article in the Victorian magazine Leisure Hour was an article called Haunted London: Lincoln’s Inn Fields, there is also the story of a spectral gilded coach, with a skeleton coachman that rides through the square only to vanish into thin air.

One strange ghostly tale from the Lincoln’s Inn comes from the lawyer Robert Percival, who once lived and studied at Lincoln’s Inn. The story goes that one evening he was there in his room late at night deep in his studies, and at midnight he was shocked to see a sinister robed figure enter. Apparently Percival at first thought this was intruder, so he attacked the figure with his sword, as you do, but the weapon passed right through it as if through air. The figure then lowered its hood and showed itself to be Percival himself, who stared on in disbelieving horror. This hooded figure had his face, but it was bruised, cut, and battered, as was its chest, which it also revealed to him before vanishing. The frightened Percival took this to be a portent of doom, and he was right, as not long after this he would be murdered. It is said that to this day the room his haunted by an entity that similarly appears as a doppelganger for those whose violent deaths are looming, always with the same wounds they are to incur. 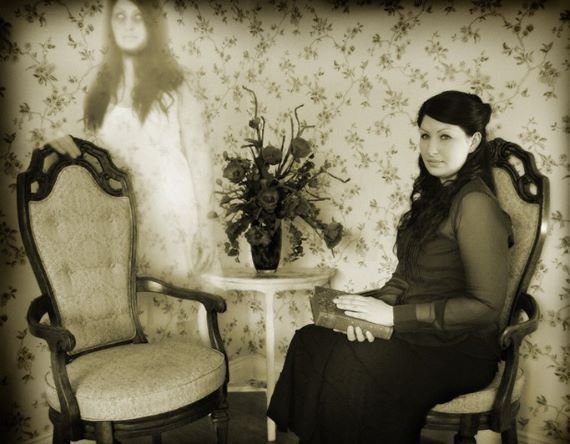 One of the weirdest paranormal stories from the Lincoln’s Inn allegedly began on February 25, 1913, when a group of men walking past the lodge of the legal offices at Lincoln’s Inn when they were startled by a panicked scream from up above. When they looked, they could apparently see a man through one of the windows who seemed to be flailing about as if struggling with someone. The men rushed to the room where he was, only to find him dead. The dead man had been a barrister named Charles Appleby, and was covered in bloody scratches that looked as if they had been inflicted by claws or the talons of a very large bird. Not long after this incident, another barrister named John Radlett was found dead in the very same office, apparently having hanged himself, and on the inside of the locked door were found gashes and gouges in the wood as if an animal had been locked in there. Reports began to do the rounds that there was a ghost bird on the loose, and that there was an evil presence felt there to the point that many people at the law offices quit and moved out. The story supposedly made the rounds and captured the attention of two newspaper reporters by the names of Sir Max Pemberton and Ralph Blumenfeld, who decided to lock themselves in the room, cover the floor with chalk, and see what happened. The book True Ghosts & Spooky Incidents, by Vikas Khatri, says of what happened next:

The two men spent the evening playing cards, by midnight, they were getting bored with the whole idea. It seemed obvious that nothing untoward was going to happen. They were about to leave when the locked door swung open. The windows, which had been bolted shut, also opened by themselves and the harsh wind entered the room, extinguishing the gaslight. There was a horrific beating noise which sounded like the flapping of enormous wings. In the dim light the two men could just see a large dark object moving across the room and out through a wall. Then the noise stopped and the light came back on. A reporter, who had been waiting downstairs heard the commotion, rushed into the room and all three men stared in disbelief at the floor. In the chalk, running from the centre of the room to the corner, were a set of gigantic claw marks! A few years later the building was demolished and the giant bird, if that is what it was, was never heard of again.

It is quite the bizarre tale, and one wonders just what this entity could have been or whether it was just a sensationalized report common to the era. We are left to wonder about stories like this. Is the Lincoln's Inn a haven for weird supernatural forces, and if so, why? Or is this merely tall tales and lore, nothing but urban legends? It is all certainly an imposing place with a long and often bloody history, so who knows? Whatever the case may be, it sure makes for a good yarn at the very least.

More on the Animal Mutilation Issue and the Secret Surveillance of the U.S. Cattle Herd