The Loch Ness monster gets all of the lake monster love and attention … unless you live in Canada where it seems that every big lake has a big creature and some local fans. No Canadian water cyrtid has more rabid fans than the Ogopogo of Okanagan Lake in British Columbia, whose supporters are now in a fight over the ownership of their beloved creature’s legacy. The battle pits First Nation people against the city of Vernon, with a children’s book author and a long-deceased local broadcaster in the middle. Which side is the Ogopogo on? Let’s find out.

“At one point, as a marketing / promotion effort, he personally obtained the registered trade-mark for the word “Ogopogo” and an artistic rendering of the famed lake monster. This, much to the chagrin of Kelowna and other Okanagan cities. Eventually the rights to use “Ogopogo” were offered to the City of Vernon … where they basically remained dormant.”

The 2010 obituary of Arthur 'Gil' Seabrook, a local broadcaster and eventual general manager of CJIB (now Kiss-FM), explains how the city of Vernon, bordering a small corner of the huge of Okanagan Lake, came to own the rights to the name “Ogopogo” and a popular artistic depiction of the monster, much to the chagrin of larger cities, which had more tourism tied to the Ogopogo, and the local First Nation people, who gave it the name (later Anglicized) and its legends as "an evil supernatural entity with great power and ill intent" and a "water-demon" who demanded sacrifices of small animals to ensure safe crossings of the lake. Europeans eventually had their own myths and sightings of a large lake serpent with a horse head or a Nessie-like creature continue to this day.

“Don Levers self-published ‘Ogopogo: The Misunderstood Lake Monster’ in 1985, selling more than 25,000 copies and now, he’s back with a sequel, but because the city has the copyright to the word Ogopogo, he needed permission from the city.

Now, Levers has been granted permission to use the word again for his upcoming book, and possibly even a cartoon, starring the famed monster, so long as Vernon is acknowledged in a prominent and suitable location.” 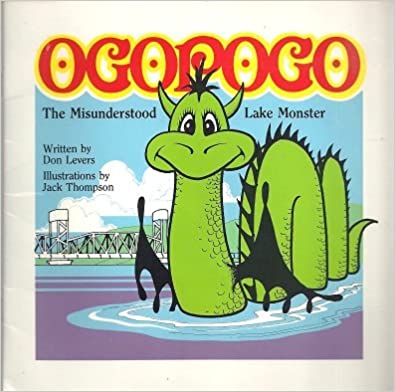 When children’s book author Don Levers announced he was writing a new Ogopogo book and obtained permission from Vernon, First Nationers saw it as the last straw. As Coralee Miller at the Sncewips Heritage Museum told The Guardian:

“What is supposed to be a metaphor for taking care of the water and the people that are connected to it gets lost. Now, this sacred water spirit has become a fishing derby mascot that sells apples, beef jerky and irrigation lines.”

Not to mention children’s books. Chief Byron Louis of the Okanagan Indian Band, one of the seven communities of the Syilx Nation, said it was like “someone taking ownership over the Bible and suddenly copyrighting the name Moses.” That got the attention of the Vernon City Council, which recently passed a motion to relinquish the right of assigning who can use the name of Ogopogo and transferred it to the Syilx Nation.

Will this end the fights over Ogopogo? There’s big tourism money involved, so probably not. Author Levers already got permission from Vernon, so he’s safe. So are the Ogopogo Brand Canadian Apples, T-shirt and souvenir makers and other locals who have already cashed in on the name and image. The Syilx Nation could fight to have those companies cease and desist, but that hasn’t always worked in the U.S., where the Washington NFL team changed its name, but the Cleveland Indians, Atlanta Braves and many other teams and brands have not – although Cleveland has promised to as soon as they settle on a new mascot. 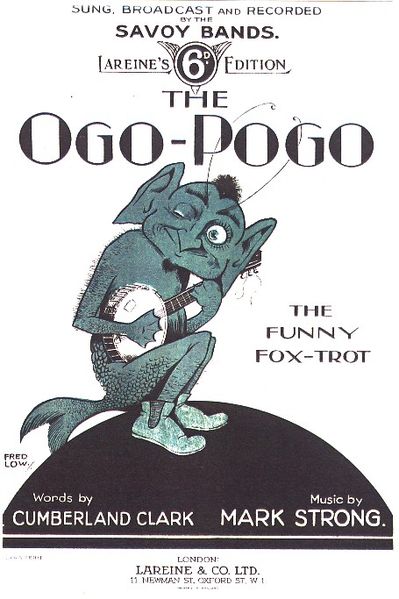 What about the song “The Ogo-Pogo: The Funny Fox-Trot”? That’s the drinking song where the European name for the creature came from. It’s in the public domain so good luck with that. And the Ogopogo itself? It would probably be happy if people of all stripes just stopped polluting its home.

The Weird Mystery of William Cantelo the “Teleporting Inventor”