From Alligators in the Sewers to a Crazy Conspiracy

Perhaps the most terrifying of all monsters are those that we know exist. And, when they are right under our feet – as in literally – they become even more fear-inducing. Take, for example, the alligators of New York. We’re talking about those immense, bone-crunching beasts that lurk deep within the myriad, winding sewers and subways beneath the Big Apple. Most people assume that the stories of New York’s people-eating alligators are nothing more than the stuff of myth and urban legend. The stark truth is they could not be further from the truth. Proof that alligators have been on the loose in the city for decades was provided way back in February 1935 by none other than the New York Times. The story was spelled out in an article titled “Alligator Found in Uptown Sewer: Youths Shoveling Snow See the Animal Churning in Icy Water.” As the newspaper noted, the gang of boys, led by Salvatore Condoluci, actually managed to capture the approximately seven-foot-long animal and beat and stabbed it to death, after it was seen lurking in the sewers on 123rd Street, close to the Harlem River.

For more than three decades, Teddy May was the Commissioner of Sewers in New York. He has gone on record as stating that he heard tales of alligators roaming the sewers of the city as far back as the 1930s – the same time-frame in which the New York Times reported on the violent encounter at 123rd Street. May conceded that he took little interest in the reports, since he felt it was all a case of folklore and legend, and certainly not reality. As the reports grew in number, however, May decided that enough was enough and it was time for him to take a look for himself at what – possibly – was going on way below New York. To May’s amazement and terror, after descending into that darkened, mysterious, subterranean realm, he stumbled upon a number of significantly sized alligators swimming in the sewer waters. The stories, he instantly realized, were not just stories, after all. Not surprisingly, May beat a hasty retreat. 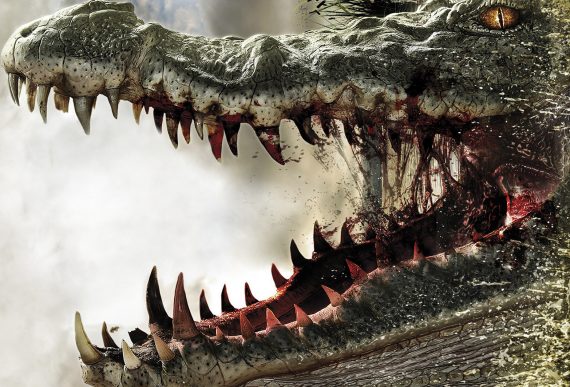 Moving on, there is the story of Mark Cherry, a man who maintained that one night in 1966, he was the solitary passenger standing on the platform at 149th Street Grand Concourse, when he was forcefully grabbed by a pair of police-officers who told him there had been a flooding in one of the tunnels and he had to leave immediately. The somewhat heavy-handed approach of the officers puzzled Cherry – that is, until he caught sight of something as he was being practically frog-marched away from the platform. According to Cherry, what he saw was a group of subway employees hauling the body of a large, albino alligator out of one of the tunnels, along with a body-bag of the type in which a human body would be placed. Significantly, said Cherry, the body-bag was clearly not empty. 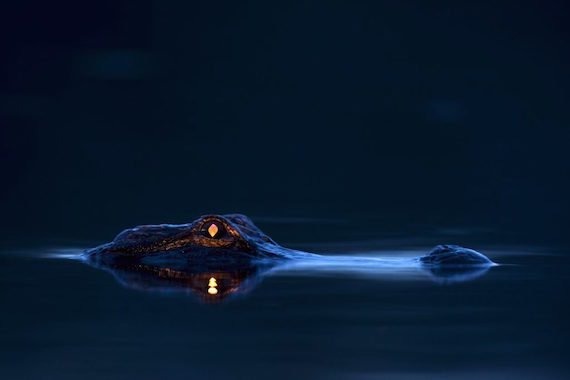 The implication was that the unfortunate soul inside had been attacked and killed by the alligator – which, in turn, had been killed by the police. Realizing that Cherry now knew what really happened, the officers sternly warned him not to speak of what he had seen – which Cherry said he did not, until at some point in 2004. It's a good indication of the fear that was supposedly drilled into Cherry back in 1966 that he was still concerned, decades later, that someone in authority might pay him a visit and silence him again – but this time permanently. Fortunately, nothing so conspiratorial ever occurred. Indeed, taking any kind of retaliatory action against Cherry would only have vindicated his story, he said. That's not quite the end of the story, however. One night, during the height of my investigations, I phoned Cherry when he was out. The only person who was in was Cherry's sister. As we got talking, she told me her brother was prone to making up wild, crazy, tall-tales. Not for malicious purposes, but just for his own, strange fun and entertainment. The conversation became very open and, as a result, today, there's absolutely no doubt in my mind that Cherry's story was a complete hoax. Unfortunate, yes. At least, though, the whole thing was laid to rest. The legends, however, will likely go on.